Is Iran helping out a friend or vying for control in America’s backyard?
By Brent Nagtegaal • August 6, 2020 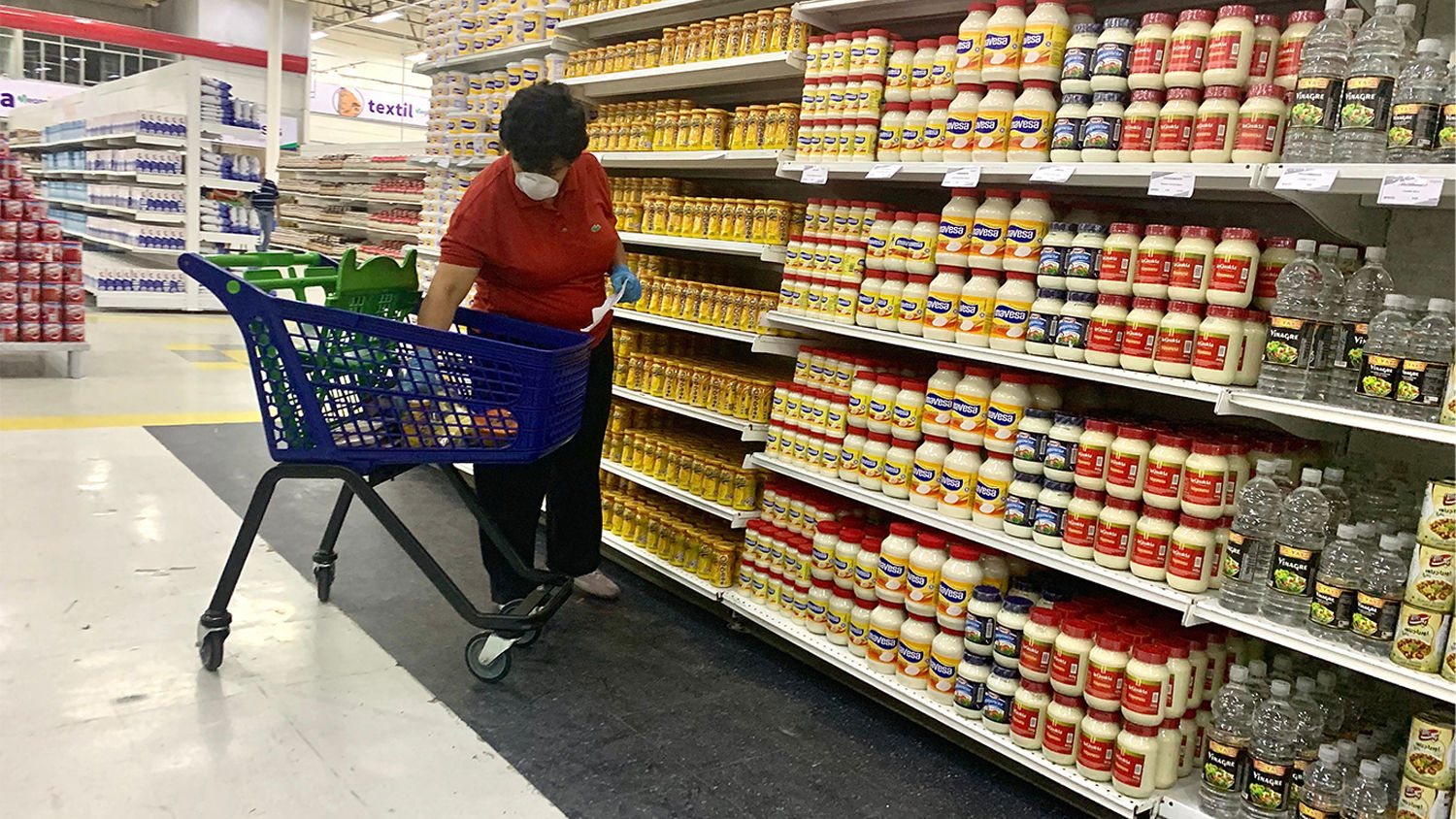 A woman shops at “Megasis,” the first Iranian supermarket in Venezuela, in Caracas on July 31, 2020.
STR/AFP VIA GETTY IMAGES

For the past decade, the southern socialist paradise of Venezuela has become a risky bet for foreign investment. The decay of national infrastructure, corrupt Communist rule, and threat of international sanctions from the United States has led to mass flight of foreign investment.

But one nation is bucking the trend—the Islamic Republic of Iran.

Last Thursday, a massive warehouse-turned-superstore opened in Caracas; it was the first Iranian store to be opened in Latin America. Called Megasis, the supermarket belongs to a large chain of stores; it is Iran’s version of Costco or Sam’s Club. Featuring everything from clothes, cleaning products, canned food and tractors, the Megasis store in Caracas showcases more than 2,500 Iranian products along with local brands.

But rather than simply a commercial venture, the store has a deep connection to the Islamic Revolutionary Guard Corps (irgc), Iran’s paramilitary wing designated by the U.S. government as a terrorist organization. All Iranian businesses that have contracts outside the country must be first cleared to do so by the irgc.

However, as the Wall Street Journal revealed on July 5, the Caracas store has even closer ties to Iran, and is likely run by the irgc itself.

Almost all the goods in the store are supplied by Iranian conglomerate Ekta, which according to its website was set up as a social-security trust for Iranian military veterans over 50 years ago. Nowadays, Ekta is a giant agribusiness owning and operating over 700 Megasis-type superstores in Iran, Iraq and Tajikistan. From the product label Delnoosh, which makes canned items, to Varamin, which makes sunflower oil, all Iranian products at Megasis are supplied through Ekta.

The company is directed by Issa Rezaei, deputy Iranian minister for industry and longtime executive for companies owned by the irgc. The Ekta conglomerate is also under direction of the Iranian Ministry of Defense and Armed Forces Logistics.

According to Tehran’s ambassador to Caracas, the Iranian cargo vessel full of goods to stock the new superstore is owned by the same firm that delivered fuel shipments to Venezuela a month earlier. That company is also under U.S. sanctions, not for delivering foodstuffs, but for transporting items related to the irgc ballistic missile program.

Put together, the opening of the Megasis store is not just a commercial venture between two nations, but a front for the expansion of the irgc into the Western Hemisphere.

As we noted in June, although Iran’s ties to Venezuela go back almost two decades, we are now witnessing a shift of the power dynamic between the two allies. This is no longer about Iran helping out a friend, but about Iran getting a controlling stake in Venezuela.

“This is Iran’s sanctioned military taking advantage of the sanctioned but desperate Venezuelans to make money,” Russ Dallen, the managing partner of Caracas Capital Markets who traces developments in Venezuela, told the Wall Street Journal. “They are not doing it out of the goodness of their heart.”

Earlier this year, Iran provided five full tankers of usable fuel to Venezuela in return for gold bars out of the national treasury. Iran also agreed to provide specialists with links to the irgc to fix some of Venezuela’s oil refineries. No fewer than 17 flights since April have made it to Venezuela from Iran, allegedly carrying specialists and parts to restart one of Iran’s major refineries.

In return, Iran demanded that Tareck al-Aissami, a well-known drug kingpin with strong ties to Hezbollah and the irgc, become the minister of petroleum. Iran also demanded that full control over the Amuay refinery on Venezuela’s northern coast, one of the largest in the world, be handed over to Iran. Venezuela agreed and the deal was signed between Aissami and executives of the Khatam Consortium, a conglomerate of companies controlled by the irgc that also builds oil refineries.

As with the shipment of five tankers of gasoline earlier this year and the dozens of Iranian specialists sent down to help fix Venezuela’s dilapidated refineries, the opening of an irgc-run superstore in Venezuela speaks to the power that Iran is gaining inside the nation.

These are not just favors for the Maduro regime but part of a quid pro quo that sees Iran gaining greater influence.

For decades, Iran has proved very adept at maximizing its power inside weak nations in the Middle East. Are we now starting to see a similar change take place in America’s backyard?

For almost 200 years, the United States has worked desperately hard to keep foreign powers from gaining influence in the Western Hemisphere. Known as the Monroe Doctrine, after President James Monroe, the message was originally intended for European powers to stay out of the Americas, but then morphed to account for the spread of communism by the Soviet Union.

However, a radical change occurred during the Obama administration. In 2013, Secretary of State John Kerry announced that “the era of the Monroe Doctrine is over.” Two years later, just before the seventh Summit of the Americas, held in Panama City, Panama, President Barack Obama told Latin American leaders that “the days in which our agenda in this hemisphere presumed that the United States could meddle with impunity, those days are past.” As Watch Jerusalem editor in chief Gerald Flurry notes in his free booklet Great Again, this change culminated in the Obama administration’s dangerous deal with Cuba.

The rise of Iran’s power inside Venezuela can also be directly attributed to the foreign-policy decisions of the Obama administration. Obama deliberately overlooked Iran’s dangerous moves for power in Venezuela, so that he could continue to pursue his prized nuclear deal. Although the Trump administration is working to curtail Iran’s influence, removing Iran from Venezuela will become increasingly difficult as the Maduro regime becomes weaker.

As we are continually learning, so many of President Obama’s domestic and foreign-policy decisions have directly weakened the United States and its allies. For many commentators, it is a mystery why President Obama made decisions that hurt the U.S. That mystery is explained in Gerald Flurry’s latest feature article, “The Barack Obama Mystery.”