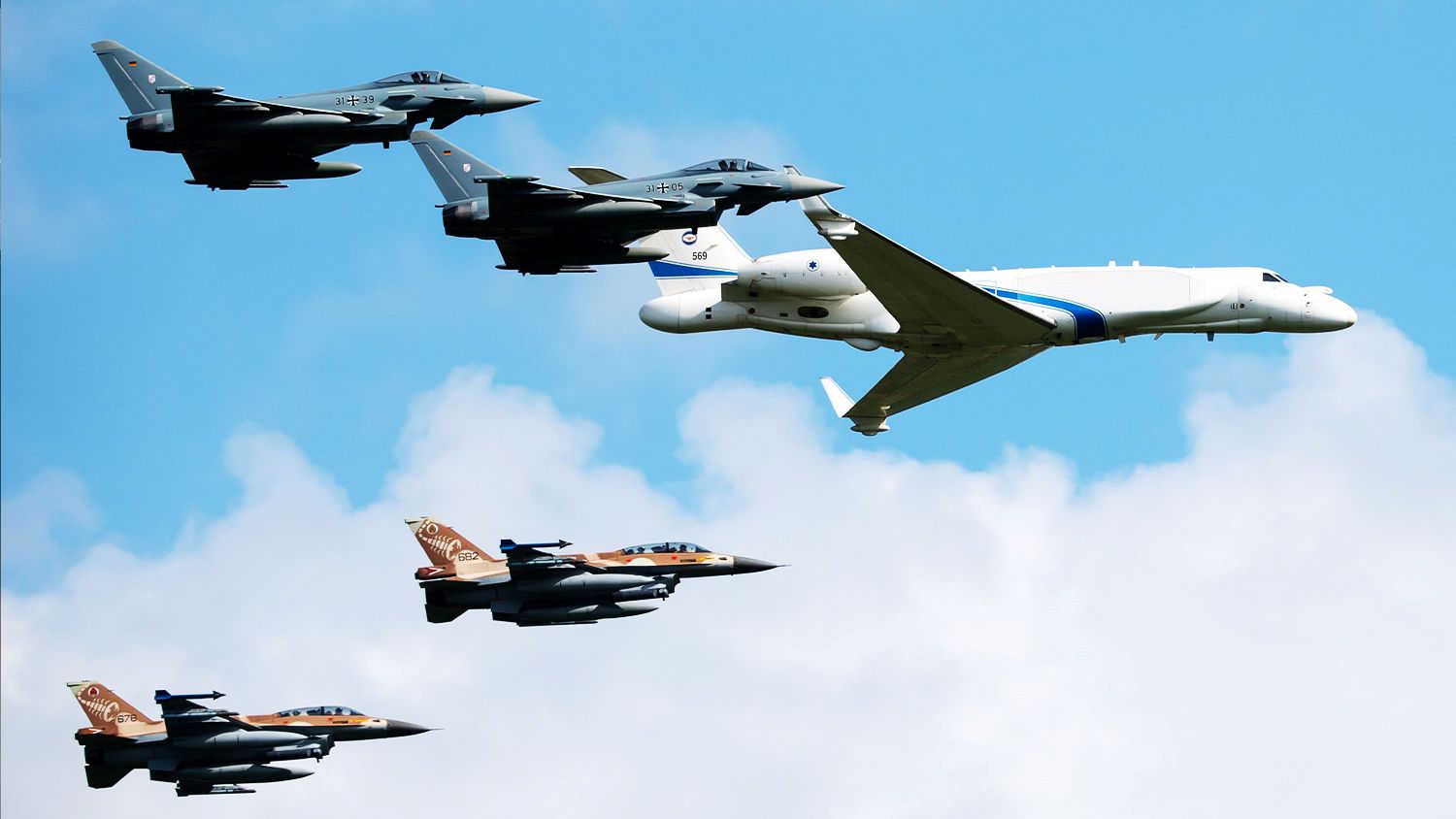 For the first time, Israeli pilots are training in German airspace. This follows German pilots training in Israel in November 2017 and November 2019 during the biennial multinational “Blue Flag” military exercises. Where is this historic deepening partnership between Israel and Germany leading?

The August 17–28 “Blue Wings 2020” war games has enormous symbolic importance for many Israeli pilots. One officer, who is the grandson of a Holocaust survivor, told Agence France-Presse (afp) it is a “very moving event for all.” The officer said that some of the other pilots participating are also descendants of Holocaust victims.

“Remembering the Past, Shaping the Future”

For the first time in history, the IAF and German Air Force will hold a bilateral training exercise in German skies. pic.twitter.com/Iyp8mxeoUp

“We had the impression that we had to come to Germany for the first time in history to show how much we value them,” the officer said.

Gen. Amikam Norkin, commander of the Israeli Air Force, flew into German airspace, where he was met by three German Eurofighter jets and escorted to the Nörvenich Air Base. He was received there by inspector of the German Air Force Lt. Gen. Ingo Gerhartz. The officer quoted by the afp characterized the welcoming ceremony as the “warmest hug one can give.”

In addition to planned flights over historical sites, a German-Israeli formation flew over the Fürstenfeldbruck Air Base to memorialize the 1972 massacre of Israeli athletes by Palestinian terrorists at the 1972 Olympics in Munich. The flight returned past the outskirts of Dachau, the site of one of the main World War ii concentration camps used to confine Jews and others targeted by the Nazi regime. A German-Israeli delegation laid a wreath at the concentration camp memorial to commemorate victims of the Holocaust and Nazi tyranny.

“After the Shoah, a crime against humanity, it is a moving sign of our friendship today that we are flying side by side with the Israeli Air Force for the first time in our history,” said Gerhartz, acknowledging the Holocaust as “the darkest chapter in our history” and saying that Germans have a mission to fight anti-Semitism.

Yet anti-Semitism is again on the rise in Germany. 2019 was a record year for anti-Semitic offenses with most attributed to neo-Nazis and other right-wing groups, according to government documents made available to Tagesspiegel.

Yet over the past five years, military exercises and other instances of cooperation have shown that trust between Germany and Israel is drastically increasing.

Bible prophecy shows that Israel is building trust in its worst enemy—not just of the past but also of the future. The Jewish nation is known for having a history with God, yet rather than learning this history to address the many threats it now faces, Israelis still fail to put their trust in God.

Watch Jerusalem editor in chief Gerald Flurry writes in Jerusalem in Prophecy, “It seems the Israelis can trust their worst enemy, but they can’t trust God to protect them! And God is their only source of help.”

Europe not only threatened and slaughtered the Jewish people in the last world war but also persecuted them in prior centuries. Catholic Europe has repeatedly sought to violently conquer Jerusalem.

The Hebrew Bible warns that another such attempt from Europe is yet ahead of us. But the very people who claim the Hebrew Bible as their history ignore its warning.

“And at the time of the end shall the king of the south push at him: and the king of the north shall come against him like a whirlwind, with chariots, and with horsemen, and with many ships; and he shall enter into the countries, and shall overflow and pass over. He shall enter also into the glorious land, and many countries shall be overthrown …. And he shall plant the tabernacles of his palace between the seas in the glorious holy mountain; yet he shall come to his end, and none shall help him” (Daniel 11:40-41, 45).

“The king of the south” in this prophecy refers to Iran and its radical allies. These nations will be attacked by a “king of the north,” or German-led Europe. (Request your free copy of The King of the South, by Gerald Flurry.)

Israel and Germany recognize Iran as the source of conflict in the Middle East and Northern Africa. Israelis also see Iran as the greatest threat to their nation’s existence. The Bible prophesies that Israel will soon see Germany as its only source of hope. Mr. Flurry writes:

Israel will become “lovers” with the Germans. This move will lead to their destruction. It is not the Arabs who will destroy them. The friendship between Germany and Israel will lead to one of the biggest double crosses in the history of man!

The Bible indicates that Catholic Europe will not only attack Iran but also advance on the Holy Land once again. Mr. Flurry’s booklet explains this coming double cross in detail. It is the fateful consequence of trusting in man instead of God. To learn where these events are leading, request your free copy of Jerusalem in Prophecy.