And the Obama administration did nothing.
By Daniel Di Santo • August 25 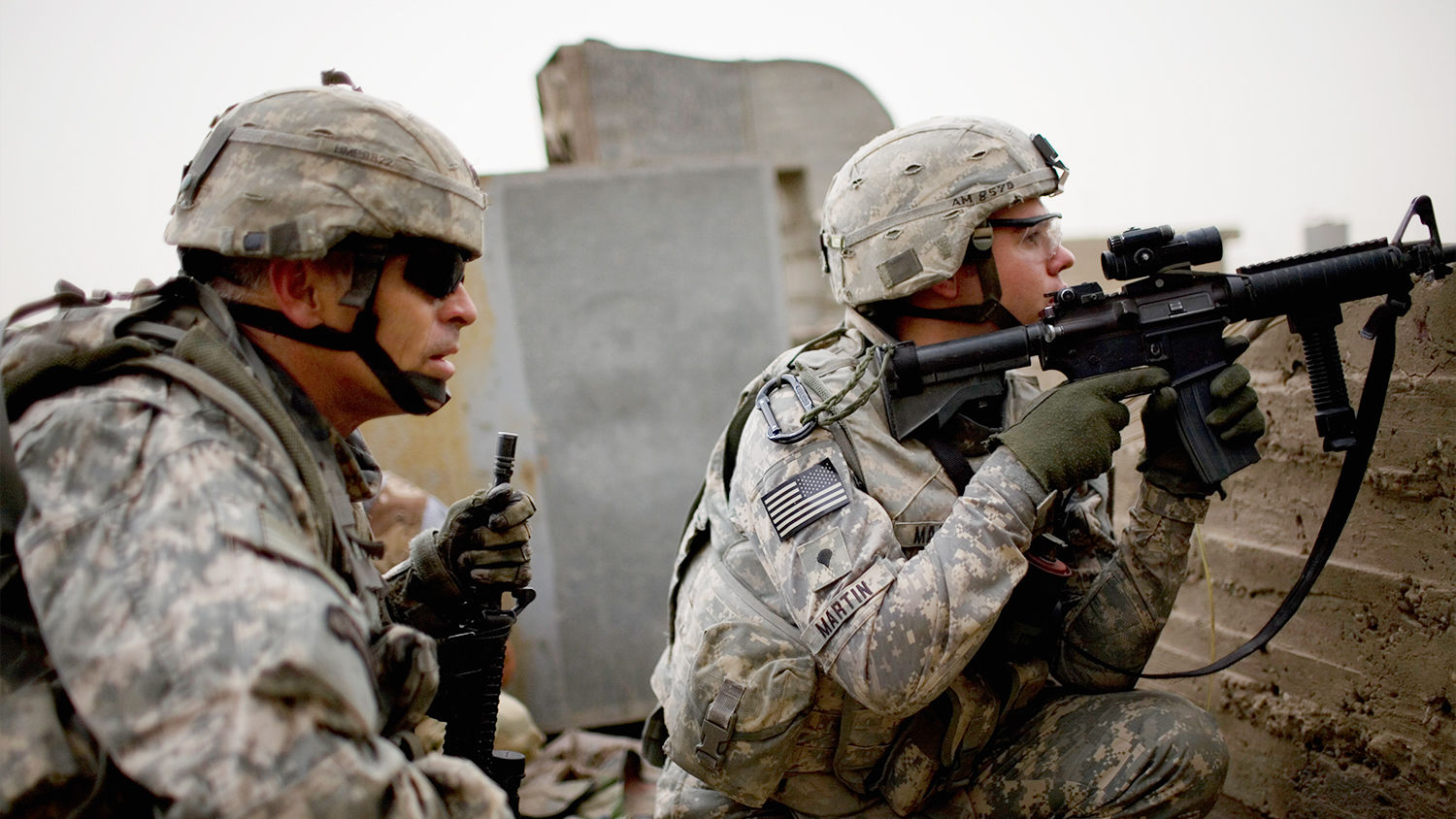 U.S. Army soldiers from the 3rd Brigade Combat Team, 4th ID watch from a rooftop in Iraq as soldiers and engineers clear an area where 15-foot concrete barriers are to be placed dividing the southern sector from the militia-infested northern neighborhoods of Sadr City.
ROBERT NICKELSBERG/GETTY IMAGES

Intelligence officials tracked payments for several years between the Haqqani network, a Taliban-backed group in Afghanistan, and a foreign government, which U.S. officials anonymously identified to the media as Iran.

Iran distributed propaganda leaflets throughout Afghanistan, offering $1,000 for every American soldier killed. “They weren’t hiding it: ‘If you bring us American heads, we will pay you,’” one American official told Business Insider.

Foreign nations paying terrorists to kill American soldiers is not new. At the end of June, U.S. President Donald Trump was accused of ignoring intelligence briefings about Russian bounties supposedly placed on American soldiers in the Middle East. However, National Security Adviser Robert O’Brien has since stated that the president was never briefed on the issue because officials deemed the intelligence reports to be lacking in credibility.

Bounties placed on American soldiers by Iran, in contrast, have existed for much longer and are much more easily proved. They did not begin under the watch of the current administration. They began under former President Barack Obama.

U.S. officials told the media that the payments began in 2010, two years after Obama was first elected. However, no action was taken at the time. “They’ve been sitting on this for years,” an official told Business Insider. “That’s what’s flabbergasting to me, that this is all of a sudden some big problem when it’s been behind the firewall for years at this point. Somebody needs to be held accountable for that.”

When this first came to light in 2010, the Forum for Defense of Democracies wrote, “The only real question is this: What is America’s and the Obama administration’s plan for countering this unholy alliance? The administration certainly knows this is occurring.” Time has proved that the administration chose to do nothing. The article continued:

President Obama’s first director of National Intelligence, Dennis Blair, noted it in written testimony given to the Senate Intelligence Committee in 2009. U.S. military officials have noted it time and again, including in Gen. Stanley McChrystal’s report on Afghanistan last year. The State Department has repeatedly reported on this collaboration in its Country Reports on Terrorism, including in the most recent edition of that report.

While the Obama administration ignored this, President Trump has taken a different approach. By analyzing payments between Iran and the Haqqani network, especially after the December 2019 attack on the Bagram Air Base, American intelligence linked the terrorists’ actions to Iran’s bounty program. The Bagram attack killed two American civilians and wounded 70 other civilians and military personnel. The U.S. has linked the Haqqani network and Iranian bounties to six armed assaults on American military bases in Afghanistan.

President Trump then ordered the killing of the man who masterminded the bounty system and organized the attacks: Islamic Revolutionary Guard Corps Gen. Qassem Suleimani.

The only way to combat terrorism is to understand who enables it. In The King of the South, Watch Jerusalem editor in chief Gerald Flurry writes:

After the September 11, 2001, terrorist attacks on America, the U.S. targeted Afghanistan, then Iraq. Both of these campaigns absorbed an enormous amount of America’s resources in its “war on terror.” But where did all of this world terrorism begin? Iraq and Afghanistan may be dangerous parts of the equation, but they are not the head of the terrorist snake.

We must go back in history to see terrorism’s roots. It’s not enough to destroy the branches. We must pull the terrorist tree up by the roots. It’s the only way to win this war.

Evidence is overflowing that Iran is the world’s greatest state sponsor of terrorism. President Trump has been confronting America’s enemies and holding them to account. His administration has slowed Iran’s nuclear ambitions, struck its terrorist network with greater force, and recently confiscated Iranian fuel being shipped to Venezuela. You can understand the deeper reason why President Obama chose to appease Iran, and why his successor has acted differently, by reading the article “Saving America From the Radical Left—Temporarily.”

Later in The King of the South, Mr. Flurry writes, “The only way to win such a war is to deal with the main source of the terrorism, or cut off the head of the terrorist snake. But neither the U.S. nor Israel has the will to tackle Iran—even though it is the key part of the ‘axis of evil’ in the Middle East.” This will remain true, even though the U.S. has recently gotten tough on Iran. America will not be the force that ultimately confronts the regime and crushes the “head of the terrorist snake.” Another power, now rising quietly, is prophesied to fulfill that role.

We can make this prediction because we rely on Bible prophecy for our analysis and forecasts of world events. This proven source prophesied Iran’s rise as a pushy, aggressive, terrorist-sponsoring power. Daniel 11:40 describes an end-time confrontation: “And at the time of the end shall the king of the south push at him: and the king of the north shall come against him like a whirlwind, with chariots, and with horsemen, and with many ships; and he shall enter into the countries, and shall overflow and pass over.” The “king of the south” is radical Islam, led by Iran. It is located south relative to the “king of the north,” which the Bible identifies as a German-led, European superstate. The King of the South explains these identities in detail.

The Bible says Iran will “push” at this European power and provoke war. Mainly, that push comes through terrorism and its radical Islamic policies.

It is vital you prove which world power will stand up to Iran. That confrontation will lead to the worst time of worldwide suffering ever experienced. The King of the Southexplains what to expect in the months and years ahead.

Why does Iran continue to sponsor terrorism, even at the price of cutting itself off from the rest of the world? Who will stand up against its sponsorship of terrorism, and how? Most importantly, what effect will that clash have on you? Read The King of the South to find out.