The ousting of an unpopular president has implications far beyond Mali’s borders.
By Watch Jerusalem Staff • September 4 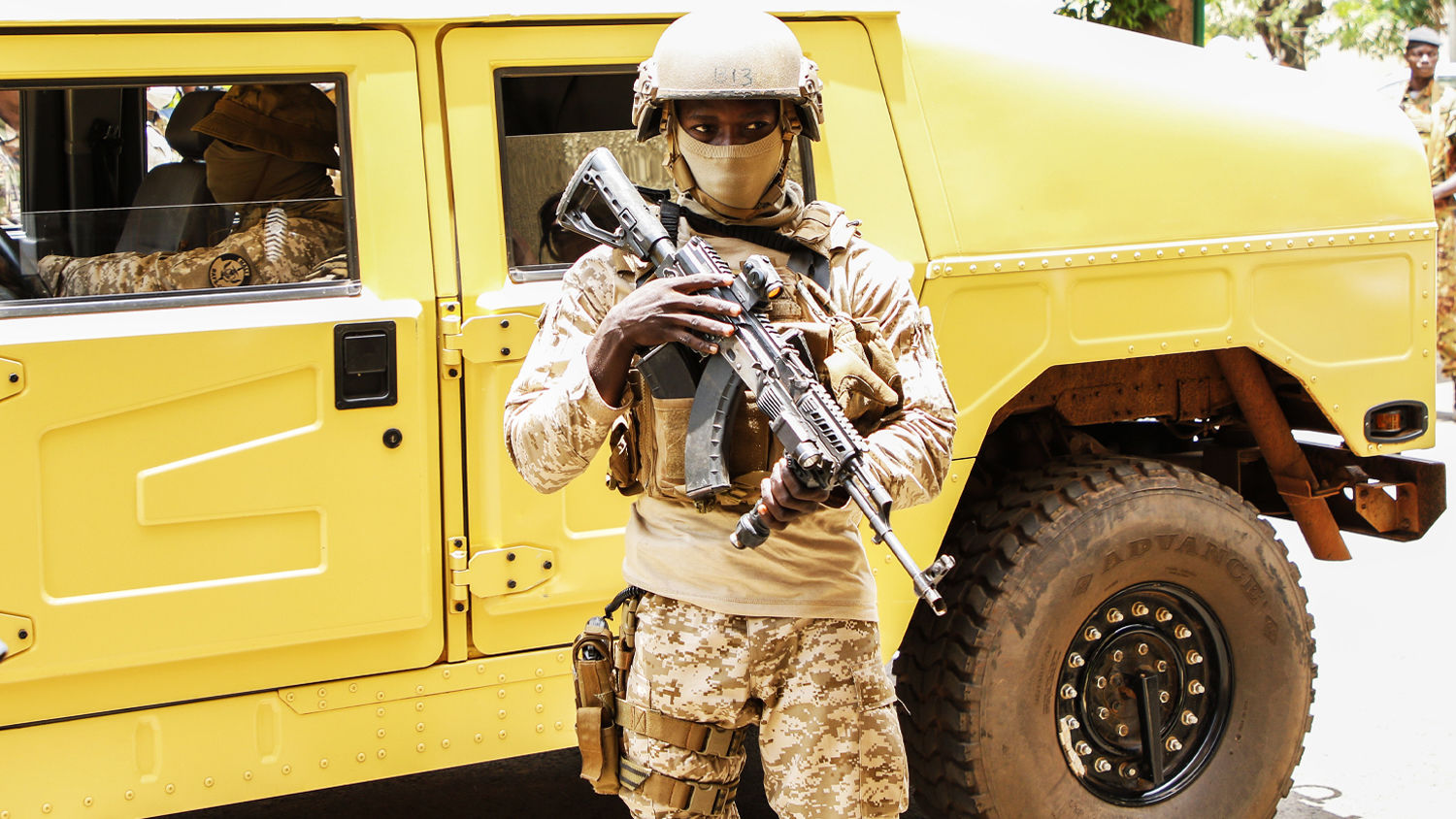 The president of the CNSP, the junta that ousted President Keita last week, arrives at the transitional talks with ECOWAS on August 24.
JOHN KALAPO/GETTY IMAGES

Soldiers captured Malian President Ibrahim Boubacar Keïta on August 18, threatening to worsen what is already the world’s deadliest jihadist insurgency. With European powers using Mali as a base to fight radical Islam across the region, the coup has implications far beyond Mali’s borders.

Keïta’s capture has led to regime change in Mali. He quickly announced his resignation on television saying, “I want no blood to be spilled to keep me in power.” He continued, “If today, certain elements of our armed forces want this to end through their intervention, do I really have a choice?”

Protests against government corruption and mismanagement of the jihadist threat have accelerated in recent months. The military has also been unhappy with the government’s decision making, as many of their soldiers have died fighting terrorists who still have free rein in the north of the country. Low wages have contributed to their dissatisfaction.

This recent coup looks strikingly similar to the military coup in 2012. Displeased with the Malian government’s handling of the Tuareg rebellion, the military attacked the presidential palace in Bamako, forcing then-President Amadou Toumani Touré into hiding. The coup was criticized internationally and many nations imposed sanctions on Mali. At the same time, Tuareg rebels and jihadists took advantage of the chaos in Bamako and seized control of the northern part of the country.

Mali was forced to turn to France for help. In January 2013, France intervened, sending 3,500 ground troops, fighter jets and armored tanks to put down the Islamist rebellion. In June 2013, the government signed a peace treaty with the Tuaregs in the hope of having an election. Keïta won the following presidential election.

Up until his reelection in 2018, Keïta maintained solid support. But the government failed to stop rising terrorism in the northern and eastern regions. Many questioned the validity of the election and support of his government steadily declined. Keïta was so unpopular that hundreds of Malians took to the streets to celebrate his resignation.

The most recent coup has undoubtedly grabbed the attention of Europe. Instability in Mali could lead to instability in surrounding nations, such as Algeria—which supplies 75 percent of its crude oil to Europe. The United Nations’ mission in Mali is its most dangerous. Because North African borders have few geographic barriers, it is easy for terrorists to move from one country to another—so Mali’s breakdown threatens the entire region.

France was the first European nation to respond to the coup and was quick to denounce the mutiny. As a former French colony, Mali maintains strong links politically and militarily with France. In 2019, 4,500 French troops and more than 14,000 UN peacekeepers were stationed in Mali to aid the Malian military in fighting jihadists. But another European nation that has a definite presence in Mali often goes unnoticed: Germany.

Germany has over 1,000 soldiers stationed in Mali, its second-largest overseas deployment (just after Afghanistan). German soldiers have been especially active with the UN, training both the Malian military and police forces. The federal government has even talked about using Mali as a key military base and is in the process of building it up. Former German Defense Minister Ursula von der Leyen said that Germany “sees Africa as the future focus of German military commitment.” Other senior politicians have talked about Mali as a stepping-stone to other North African countries, such as Libya.

Why is Germany so interested in North Africa? A prophecy in your Bible gives a detailed description of the situation. Daniel 11 identifies Germany as “the king of the north,” which will come against the king of the south “like a whirlwind” (Daniel 11:40). Our free booklet The King of the South proves that radical Islam, led by Iran, is this “king of the south.”

The word “whirlwind” in verse 40 is important to understand. The original Hebrew emphasizes a terrifying attack that comes from all directions.

“This isn’t simply a straight-on assault,” wrote Watch Jerusalem editor in chief Gerald Flurry in “The Whirlwind Prophecy.” “It’s a storm that whirls around and around, invading the land and flooding into it! The king of the north couldn’t come like a whirlwind unless it surrounds Iran and its allies. That is being meticulously planned right now! Germany is busy preparing to execute a whirlwind strategy to rush upon and overflow Iran.”

This is exactly what we’ve seen in Mali. In 2016, Lt. Col. André Wüstner, head of the German Federal Armed Forces Association, said that the November terrorist attack in Mali’s capital “makes it clear once again” that a “ring of fire” extends “from Afghanistan via Yemen, Syria and Iraq to Africa.” He went on to say that it was “not enough to tackle the Islamic State in Syria” and called for “robust, battle-powerful forces” to be stationed in Mali.

Germany plays a leading role in the UN’s military mission, as well as the European Union’s police and military training missions. They’re building up their presence in Mali, in preparation for future action against radical Islam. It’s a concrete example of this whirlwind prophecy being fulfilled.

The prophesied clash between radical Islam and the European king of the north is already building in Mali. Watch the fallout from this coup as Europe increasingly takes the lead in this region. To understand the prophetic dynamic underway, read Mr. Flurry’s article “The Whirlwind Prophecy.”