Iran strengthens its grip on one of the world’s most important seas.
By Rufaro Manyepa • September 6 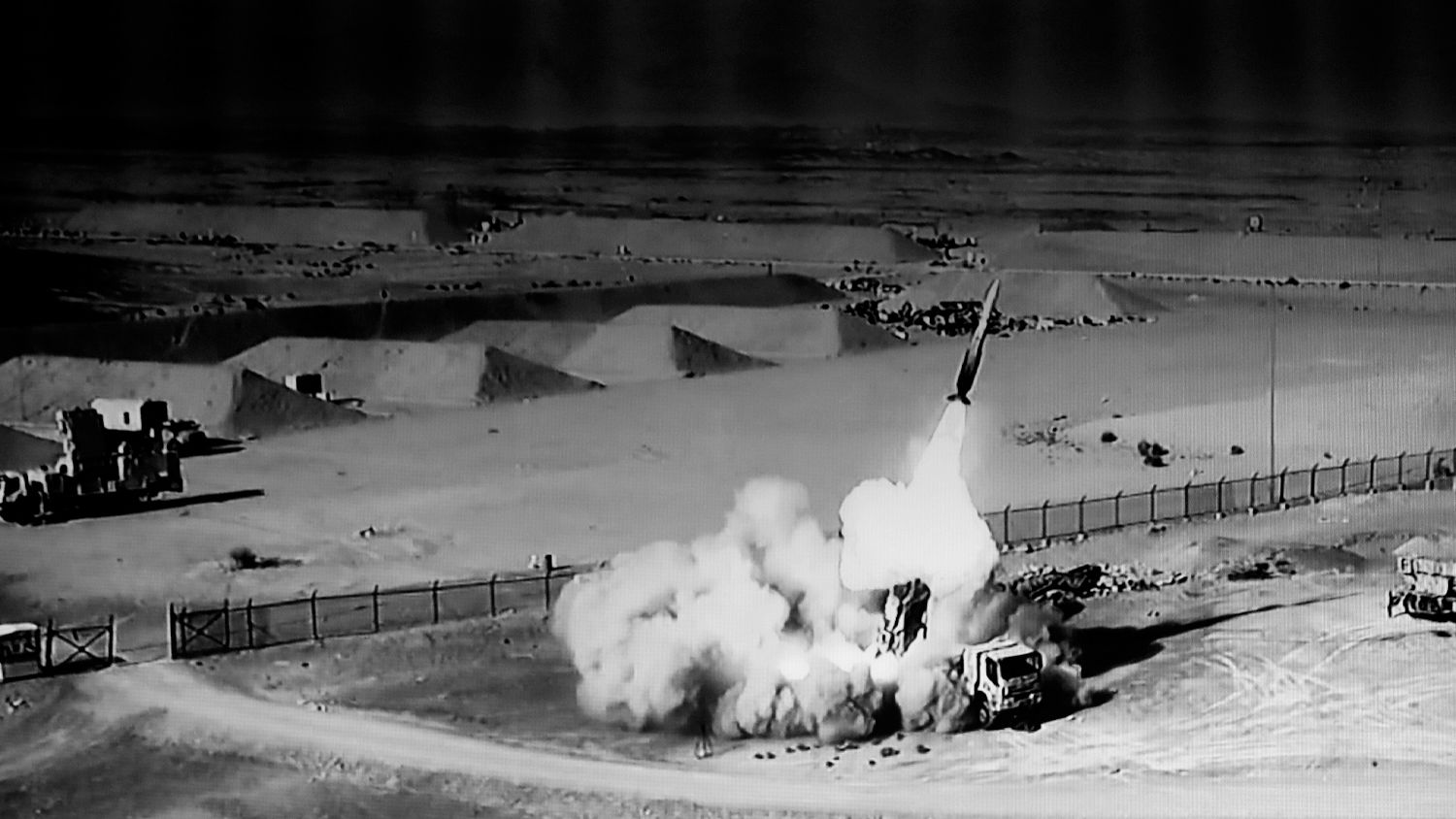 Iran unveiled its two latest ballistic and cruise missiles on August 20, capable of reaching and threatening foes across the region. This latest example of Tehran’s determination to expand its military arsenal is sure to jangle nerves in the Middle East and beyond.

The Suleimani ground-to-ground missile has a range of 870 miles, with an advanced precision-guidance system making it faster and more flexible to deploy. The Abu Mahdi has a range of 620 miles, according to Defense Minister Amir Hatami. It is also said to have a new targeting system, utilizing gps navigation and radar for greater accuracy, and has more than three times the usual range of anti-ship missiles. According to Iran’s state-run Tasmin News Agency, these missiles will “further strengthen Iran’s deterrence power.”

Tasmin News Agency reported that the missiles are expected to be able to reach the United Arab Emirates, Qatar, Saudi Arabia and Oman, all nations that have been militarizing because of the growing Iranian threat. With these missiles, Iran can also threaten the shipping routes these nations traverse, especially in the Gulf of Oman.

Iranian President Hassan Rouhani said in a press conference that Iran only develops its military for defensive purposes. “We don’t have an aggressive strategy,” he said. “We don’t want to occupy anywhere. We don’t want to harm any nation.”

Yet Iran’s actions belie Rouhani’s words. Iran was blamed for attacking two oil tankers in the Gulf of Oman in June 2019. Similarly, an attack just a month earlier on oil tankers from Norway, Saudi Arabia and the U.A.E. all bore the hallmarks of an Iran-mandated attack on oil trade. With all evidence indicating Iran’s guilt in these attacks, its increased military capabilities through these missiles only points to more aggressive behavior.

Indeed, it is Iran’s repeatedly aggressive behavior that has motivated Saudi Arabia to advance its nuclear program. It was also a large factor in the historic deal formalizing relations between Israel and the United Arab Emirates.

In his article on the historic Abraham Accords, Brent Nagtegaal wrote for theTrumpet.com: “As noted by many commentators, one of the main reasons Abu Dhabi is willing to side with the United States and Israel is to create a united front against the rise of Iran. … This growing Iranian power led the U.A.E. and Saudi Arabia to partner increasingly with Israel, a nation that was willing to be a bulwark against the growing Iranian empire. This peace agreement between Israel and the U.A.E. is thus an acknowledgment of the need to counter the radical Islamic state of Iran ….”

Iran’s aggressive behavior has brought Israel and the U.A.E. together. Recent history has proved that Iran is willing to use whatever power it has to push ahead with its aggressive foreign policy. These recent missile developments will only better equip Iran to do so. The cataclysmic consequences of this push are laid out plainly in Bible prophecy.

The king of the south is about state-sponsored terrorism. That is how Iran became king! Daniel 11:40-43 is an end-time prophecy. It is about a nation that is always pushy in its foreign policy. It pushes until it starts a war. …

Who else could it be in this end time but Iran?

Iran is extremely radical—the king over radical Islam. Where is this nation’s pushiness leading? To war! Just as it has in the past. It’s leading to terrifying war with weapons of mass destruction. It can lead no place else.

A basic understanding of human nature and history should tell us that. All the wishful thinking in this world won’t stop that calamity—just as the pacifist dreamers of the 1930s didn’t stop Adolf Hitler!

History thunders for us to awaken.

We need to wake up to the reality ahead of us. For only by knowing what lies ahead can we take the necessary steps to avoid the coming calamity. A good first step would be to request your free copy of The King of the South. It will help explain these Bible prophecies in full, giving you the right and complete understanding of the coming calamity and the hope that lies just beyond it.