As the U.S. conducts another drawdown in Iraq, Iran continues to push toward Jerusalem.
By Warren Reinsch • September 10 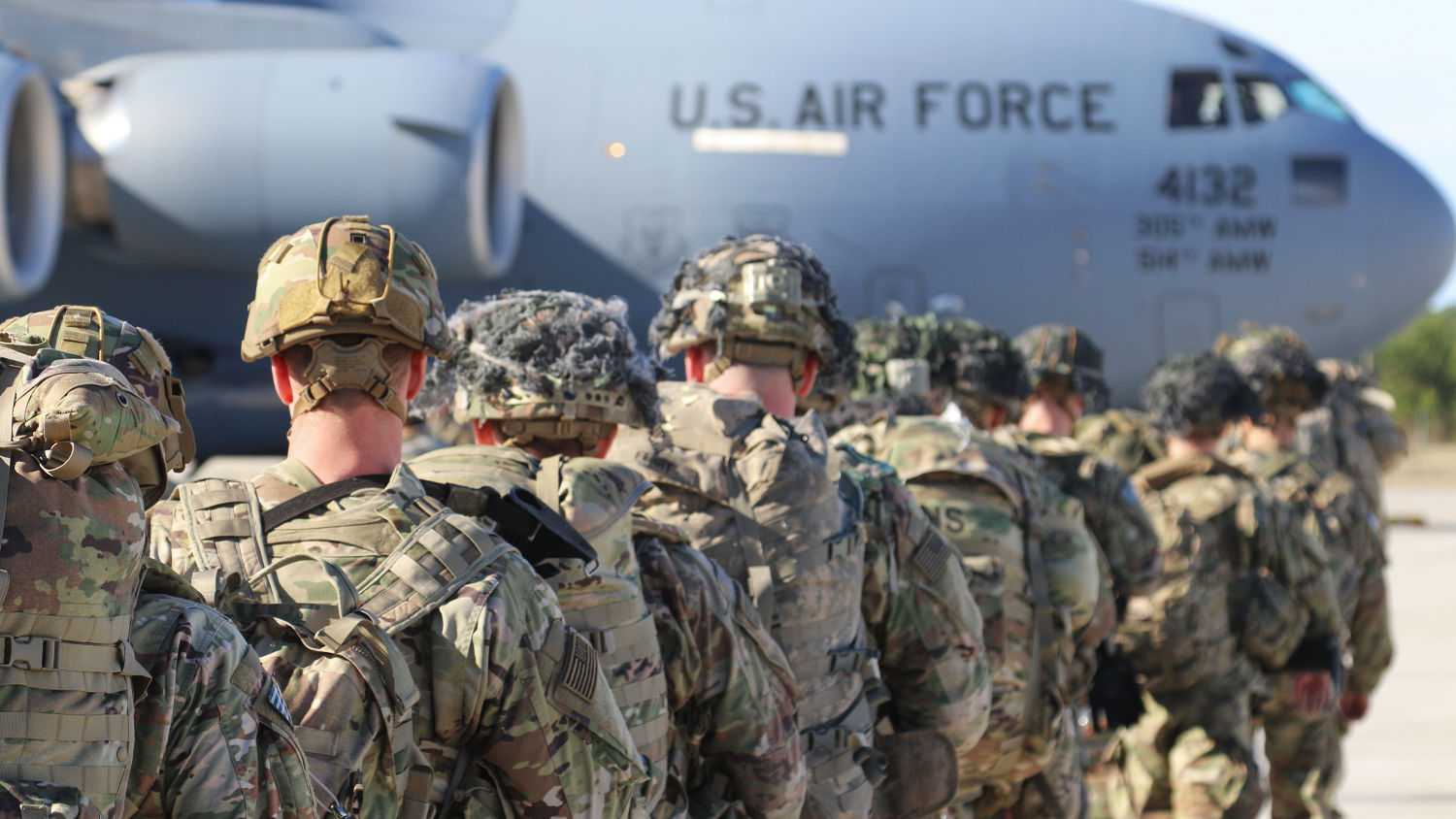 United States Gen. Frank McKenzie announced on Wednesday that the U.S. would soon withdraw 2,200 troops from Iraq, hoping to accomplish this before Election Day on November 3. Despite the Trump administration’s optimism about fulfilling its campaign promise to bring the troops home, this withdrawal signifies another Iranian victory in the chain of American defeats.

“The United States has decided to reduce our troop presence in Iraq from about 5,200 to 3,000 troops during the month of September,” said General McKenzie. “This reduced footprint allows us to continue advising and assisting our Iraqi partners in rooting out the final remnants of [the Islamic State] in Iraq and ensuring its enduring defeat.”

According to the Fox News report, at the height of America’s troop surge in the Iraq War, the U.S. had approximately 170,000 troops stationed in the war-torn country. Now, the U.S will be left with a meager force of only 3,000 troops in the country—less than the number of troops stationed in Spain. Given America’s recent withdrawal from more than a dozen military bases and posts in Iraq, and its withdrawal of all but 600 troops in nearby Syria, more reductions may be planned for the future.

General McKenzie’s announcement shows how quickly the Trump administration has changed its outlook on Iraq. On Dec. 26, 2018, U.S. President Donald Trump made his first visit to Iraq since his election. Based on his comments after visiting the al-Asad Air Base in western Iraq, the president had no intention of abandoning the base or withdrawing the 5,200 troops stationed in the country.

Since that time, however, Iranian proxies have relentlessly launched missile salvos at Iraqi bases housing American troop deployments, even going as far as besieging the U.S. Embassy in Baghdad’s Green Zone, a highly fortified area with restricted access.

Since the 1980s, control over Iraq has been a critical part of the Iranian regime’s foreign policy. During the Iran-Iraq War, the Islamic Republic’s military maintained that “the path to Jerusalem runs through Karbala,” a Shiite holy place south of Baghdad. Watch Jerusalem Jerusalem correspondent Brent Nagtegaal wrote about Iran’s unflagging quest to conquer Iraq and drive the U.S. out of the Middle East in “Iraq Is Conquered—On to Jerusalem.”

While the mere presence of American troops on the ground is a strong force to be reckoned with, Mr. Trump’s withdrawal from more than half a dozen military bases and posts in Iraq and his consistent reduction of troops from the region are a dangerous trend that showcases America’s wounded will to fight. The more evident this weakness, the more emboldened Iran will become. By further reducing its troop numbers in Iraq, America has paved the way for Iran’s increased control of Iraq.

General McKenzie said in his speech that the U.S. decided to withdraw troops because it had “confidence in the Iraqi Security Forces’ increased ability to operate independently” and to continue “rooting out the final remnants” of the Islamic State. In other words, America’s leadership believes that the Iraqi military is capable of dealing with Iran itself. If this were true, why is Iran celebrating?

According to Jerusalem Post Middle East expert Seth Frantzman, Iran’s Tasnim News Agency celebrated the troop withdrawal, reporting that the U.S. “has failed to achieve the goals” in the policies pursued under the pretext of the 9/11 attacks.” Frantzman wrote:

In some ways, this is a result of the U.S. handing over more than a half-dozen posts to Iraqi troops as the war on [the Islamic State] winds down. However, Iranian-backed militias have been targeting U.S. forces in Iraq over the past year, firing rockets almost daily and seeking to bomb trucks that supply U.S. forces. Iran would view this as a win ….

As the war on the Islamic State winds down and the U.S. withdraws its troops, handing over control of its bases to the Iraqi government, one thing is certain: America was not the victor.

Though the Islamic State may have been largely defeated, terrorism in Iraq has simply taken a different form: the Islamic Republic of Iran.

Mr. Flurry made this prediction over two years ago and now it has become a reality. He continued, “Iran has tens of thousands of troops in Iraq and Syria, and its presence is growing. The U.S. has about 5,000 troops, and there is great pressure within America to reduce even that.” And now that troop reduction has finally come.

Since Mr. Flurry wrote that article, the Iran-backed troops—Iraqi Shiite militias—have either become integrated in the Iraqi military, becoming an official branch of the Iraqi Security Forces, or ran for parliament in the May 2018 elections. The Iraqi Security Forces are the same group General McKenzie said the U.S. is expressing confidence in, a group now partly composed of Iran-backed terrorists. Those who ran for parliament formed the Fatah Alliance political party, which won the second-largest number of seats in the Iraqi parliament.

In “America’s Greatest Defeat—Iran’s Victory,” Mr. Flurry shows how this was all prophesied in the Bible. He wrote: “Those prophecies describe a lot of good news for America’s future. But that good news is preceded by very alarming news—terrible punishment coming on the U.S. America’s problems in the Middle East are actually part of that punishment, and they are going to get worse.”

A prophecy in Daniel 11:40 describes a tremendous clash in the Middle East; however, the United States will not be involved. God warns in Leviticus 26:19-20, “And I will break the pride of your power; and I will make your heaven as iron, and your earth as brass: And your strength shall be spent in vain.”

God has broken the pride of our power. The United States is still the world’s strongest nation, but we lack the will to use that power. And even when the U.S. does use its power, the strength is “spent in vain.” When President Trump ordered the drone attack against Qassem Suleimani in January, Iran was temporarily chastened, but it quickly returned to its practice of targeting U.S. troops.