Another explosion in Lebanon sends a shock wave after the deadly August 4 blast.
By Watch Jerusalem Staff • September 24 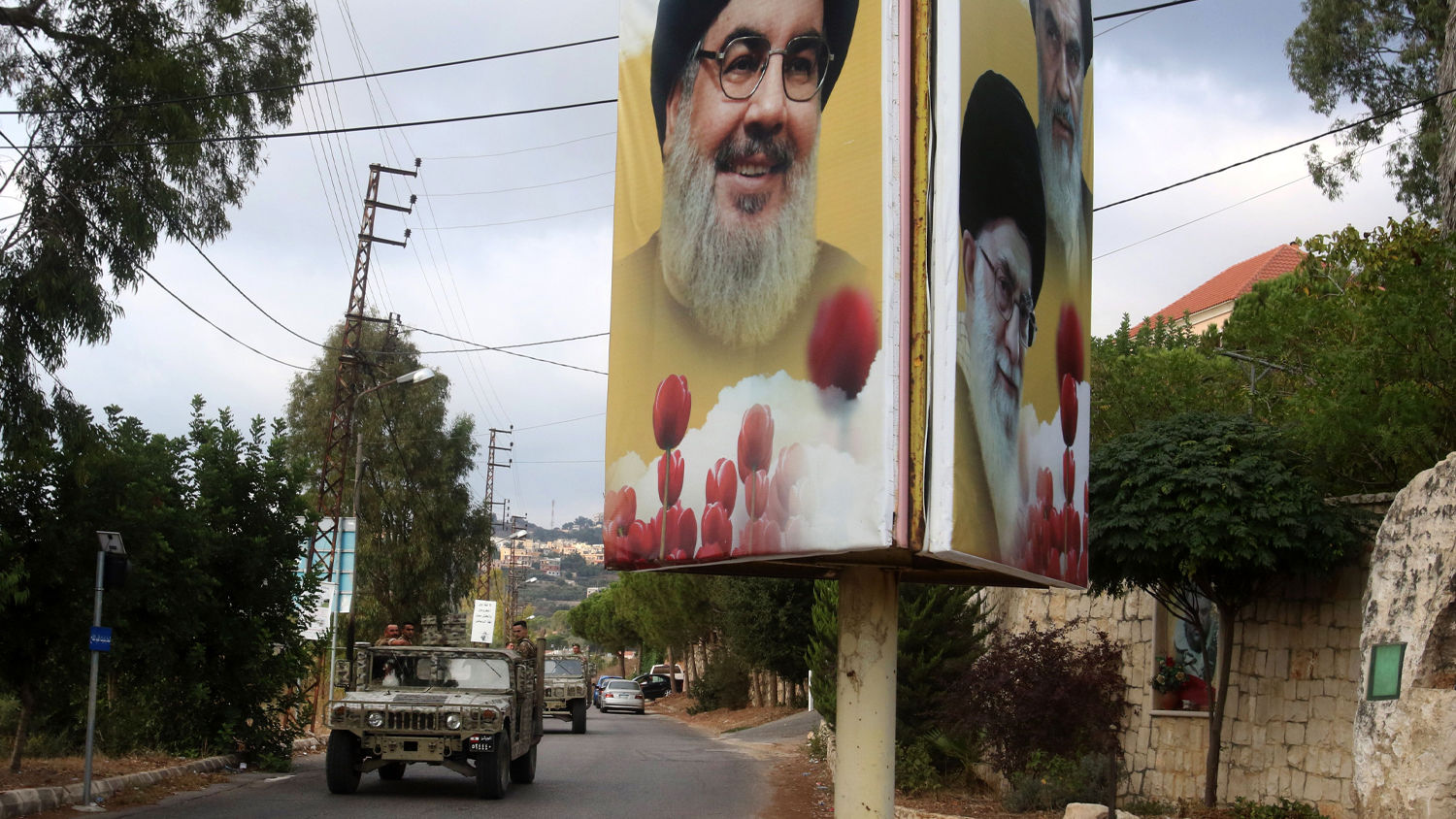 A Lebanese Army convoy patrols a street in Ain Qana after an explosion rocked a Hezbollah site in the southern village on September 22.
MAHMOUD ZAYYAT/AFP/GETTY IMAGES

An arms depot of the Iran-backed Hezbollah exploded in southern Lebanon on Tuesday, according to Reuters. A security source told Reuters that the blast, which sent a huge column of black smoke into the sky, was caused by a “technical error.” Lebanese state media implied that Israel might have been involved, but emphasized that causes “remain unknown.”

“The explosion that occurred in a house in the town of Ain Qana—the causes of which remain unknown—has coincided with intensive Israeli enemy flights over Nabatiyeh and Iqlim al-Tuffah, since the morning hours,” reported Lebanon’s National News Agency.

The Times of Israel reported that “sources in Hezbollah told [Lebanese Broadcasting Corp. International] that the explosion was not part of a targeted attack on senior officials in the Lebanese terror group.”

When questioned, a Hezbollah official confirmed that there was an explosion but declined to give further details. Hezbollah security forces were deployed to the area and set up a security cordon around the blast site, preventing journalists from approaching the area.

Injuries reported. The explosion occurred in the town of Ain Qana. The cause of the explosion is currently unknown. Story developing… pic.twitter.com/HrcfTAkaaf

Later in the day, the Lebanese Army issued a statement confirming that “an Army force arrived at the site and launched an investigation into the cause of the blast.”

Residents of Ain Qana told the Times of Israel that ambulances carried away several of the wounded. But Lebanon’s mtv reported that only one person sustained minor injuries as a result of the explosion. They also reported that “it is clear that the building in Ain Qana contained a large amount of ammunition, sufficient to destroy the building and its surroundings and cause damage.”

Since the August 4 explosion in the Beirut port, any fire or explosion in Lebanon, such as the one in Ain Qana, sends shock waves across the nation. These explosions have raised questions about Hezbollah’s placement of its weapon caches in civilian areas. After the Lebanese civil war, Hezbollah was allowed to keep its weapons to protect the Lebanese people from a possible invasion by Israel. Hezbollah has engaged in deadly exchanges with Israel, but now those very same weapons are causing damage and death to Lebanon!

As long as Hezbollah was helping the Lebanese people, they were generally accepted. However, its contributions to the Syrian war, resulting in bloody violence spilling over into Lebanon, has led the Lebanese people to blame the terrorist organization for every bomb that went off inside their country. In addition, Hezbollah’s corrupt dealings in siphoning off funds from the government, especially since it has been the nation’s de facto political leader since 2018, has led many Lebanese to recognize Hezbollah as the cause of their economic poverty too.

The Lebanese people are tired of the corruption and abuse, especially for Iranian purposes. They recognize Hezbollah’s involvement in the corruption and destruction and they blame it for every explosion that goes off inside their country.

We at Watch Jerusalem are watching for Iran to lose its sway over the Lebanese government, but in order for this to occur, Lebanon needs foreign support. Iran won’t give up its control easily. But French President Emmanuel Macron is willing to help.

Events in this tiny Middle East nation will eventually impact the lives of every individual on Earth. European help in Lebanon will infuriate Iran and set off a firestorm of retribution. Please read Brent Nagtegaal’s article “The Beirut Blast: Catalyst for Biblical Prophecy” along with Watch Jerusalem editor in chief Gerald Flurry’s article “Why We Told You to Watch Lebanon” to understand how events in Lebanon and the Middle East will affect your life.