And they’re biting with venom.
By Mihailo S. Zekic • October 28 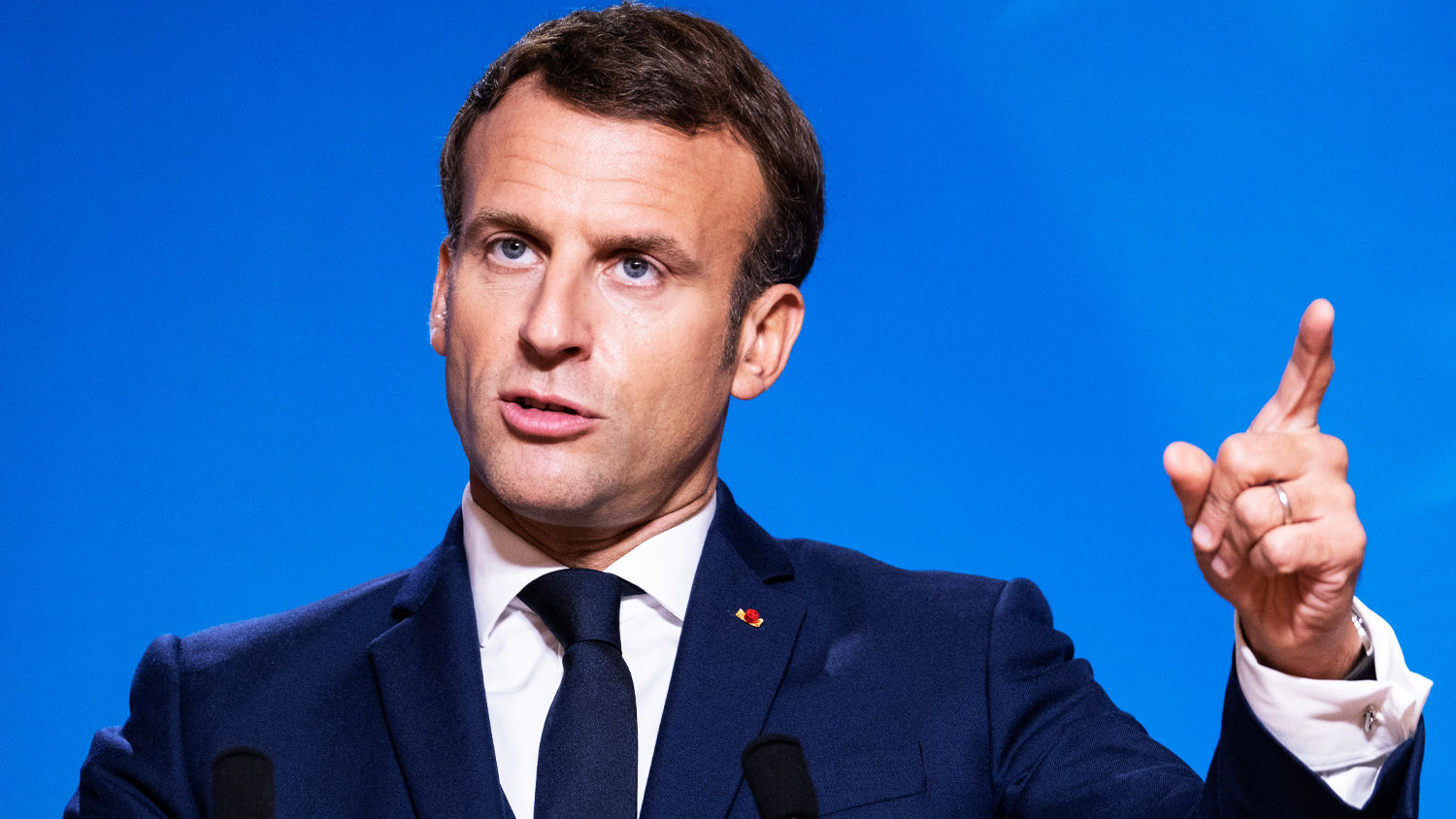 French President Emmanuel Macron talks to media October 16, at the end of the second day of an EU Summit.
THIERRY MONASSE/GETTY IMAGES

With the latest string of violent terrorist attacks in France, French President Emmanuel Macron has toughened his rhetoric against radical Islam. He gave a speech at the Paris suburb of Les Mureaux on October 2, where he said the following (Watch Jerusalem translation throughout):

Islam is a religion living through a crisis today, everywhere in the world. We don’t realize that in our country; it’s a profound crisis linked to tensions between fundamentalisms, projects fittingly religious and political, which, as we are seeing in all regions of the world, lead to a very strong intensification, including in the countries where Islam is the majority religion.

His statement that Islam is “living through a crisis … in the countries where Islam is the majority religion,” as well as his vocal defense of political cartoons mocking Mohammed, has not gone unnoticed by the Islamic world.

Among the first to respond to Macron’s comments was Turkish President Recep Tayyip Erdoğan. He stated in a speech during a party congress in the Turkish city of Kayseri on October 24:

Macron needs mental health treatments. What else can be said to a head of state who does not understand freedom of belief and who behaves in this way to millions of people living in his country who are members of a different faith? First of all, a mental examination is [necessary].

These comments prompted Macron to recall his ambassador to Turkey in Ankara. Erdoğan has since called for a boycott of French businesses in Turkey. “I appeal to my people. Don’t ever pay attention to French brands. Don’t buy them,” he said on October 26.

He also accused Europe of launching a holocaust against Muslims, saying that “Muslims are now subjected to a lynch campaign similar to that against Jews in Europe before World War ii.”

And Turkey isn’t the only Muslim state boycotting French businesses. Several distributors in Kuwait and Qatar have pledged to rid their shelves of French products, while Qatar University has indefinitely postponed its upcoming “French Cultural Week.”

Others were more vocal in expressing their anger. Outside of the French Embassy in Baghdad, Iraq, dozens of protesters burned French flags and photographs of President Macron. In Gaza, protesters tore down a banner hanging in front of the Gazan French Cultural Institute and replaced it with a poster reading “Our prophet will be victorious.”

Muslims are the primary victims of the “cult of hatred”—empowered by colonial regimes & exported by their own clients. Insulting 1.9B Muslims—& their sanctities—for the abhorrent crimes of such extremists is an opportunistic abuse of freedom of speech. It only fuels extremism.

Muslims are the primary victims of the “cult of hatred”—empowered by colonial regimes & exported by their own clients.

Insulting 1.9B Muslims—& their sanctities—for the abhorrent crimes of such extremists is an opportunistic abuse of freedom of speech.

It only fuels extremism.

Zarif referred to the latest terror attacks on French soil as “abhorrent crimes of such extremists.” Yet this is hypocritical of a country labeled by the United States State Department as the number one state sponsor of terrorism—one that sponsored a failed terrorist attack in Paris in 2018.

France isn’t alone in its squabbles with the Islamic world; the European Union is standing by its member state. EU High Representative Josep Borrell tweeted in response to President Erdoğan’s comments: “The President’s remarks @RTErdogan against the President @EmmanuelMacron are unacceptable. Call on Turkey to stop this dangerous spiral of confrontation.”

Other European leaders are also lining up behind Macron. German Foreign Minister Heiko Maas said that Erdoğan had hit a “new low” with his attack on Macron. Dutch Prime Minister Mark Rutte said, “The Netherlands stands firmly with France and for the collective values of the European Union.”

This “dangerous spiral of confrontation” between Europe and the Islamic world can easily spiral out of control. And Watch Jerusalem has long forecast such a clash of civilizations.

Daniel 11:40 prophesies, “And at the time of the end shall the king of the south push at him: and the king of the north shall come against him like a whirlwind, with chariots, and with horsemen, and with many ships; and he shall enter into the countries, and shall overflow and pass over.”

Watch Jerusalem editor in chief Gerald Flurry writes in his free booklet The King of the South:

The king of the south, or Iran, is going to “push at him”—that is, the king of the north (the European Union). Gesenius’ Hebrew-Chaldee Lexicon says the word push means “to strike—used of horned animals,” or “to push with the horn.” It is “used figuratively of a victor who prostrates the nations before him.” It also means to wage war. Push is a violent word! …

The blatantly bold and aggressive foreign policy of Iran must lead to war. It will either conqueror be conquered. Bible prophecy makes it clear that Iran will be conquered. … A new superpower is rising in the European Union. The Bible labels this conglomerate the king of the north. It takes one king to topple another king.

These tensions between France and the Islamic world are bringing the world one step closer to this prophesied clash of kings.

To learn more about Europe’s coming conflict with radical Islam and what it means for you, please request our free booklet The King of the South.