Advanced centrifuges are now hooked up and ready to spin—underground.
By Brent Nagtegaal • November 12, 2020 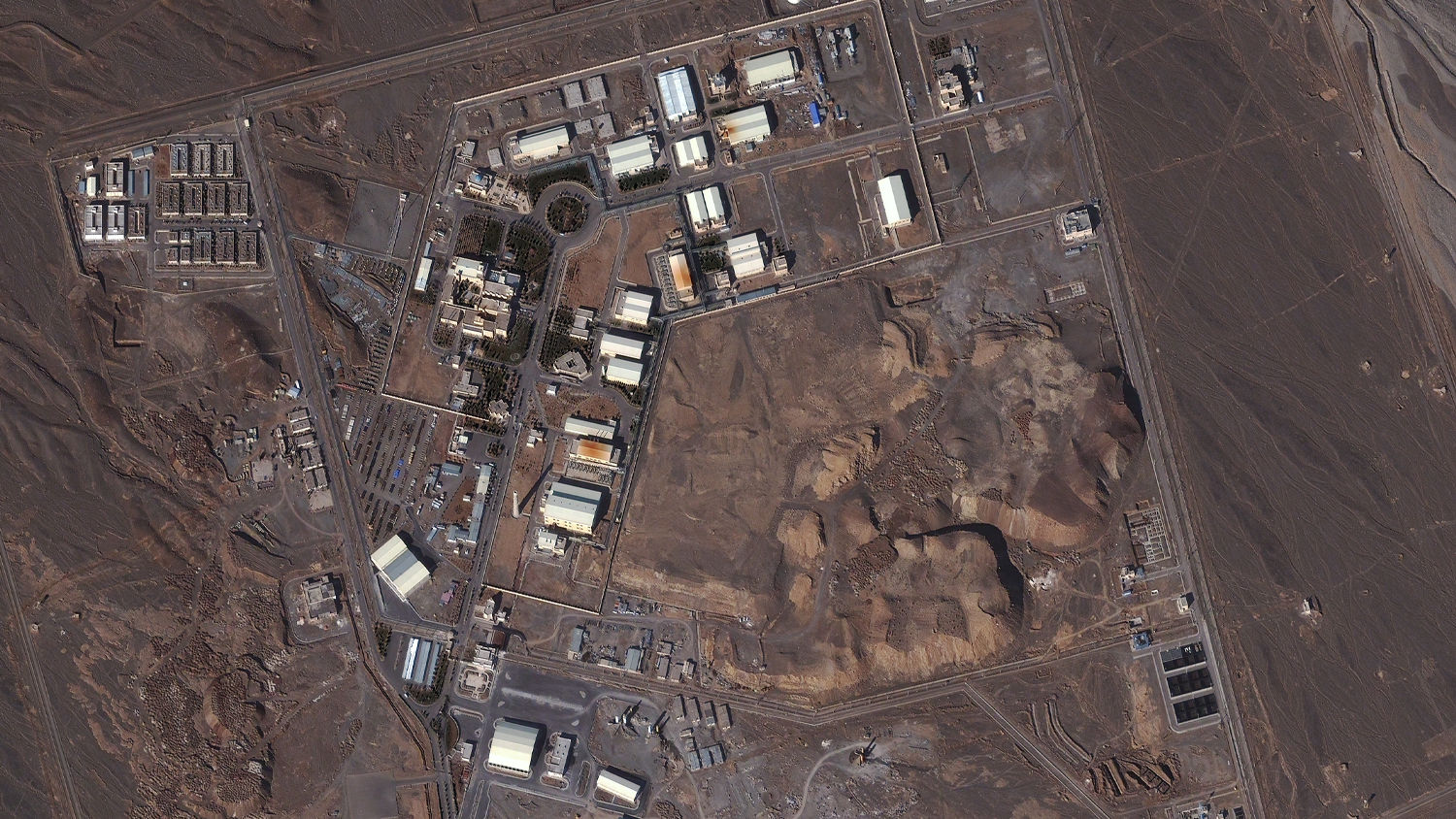 On Wednesday, days after the media crowned Joe Biden the next president of the United States, reports surfaced of Iran stepping work on its nuclear program.

According to a report in the Wall Street Journal, Iran now holds 12 times the legal amount of low-enriched uranium allowed in the 2015 nuclear deal. This amount, currently enriched up to 4.5 percent purity, is enough to produce two nuclear weapons and has reduced Iran’s nuclear breakout time to two to three months.

This means that if Iran decided to race for the bomb and purify the uranium to weapons-grade, it could get there by the end of January 2021.

These latest developments were recently reported by the United Nations nuclear watchdog, the International Atomic Energy Agency (iaea). Significantly, the iaea also reported that Iran had moved the first of three cascades of advanced centrifuges underground at its Natanz facility. A cascade is a cluster of centrifuges that combines to purify uranium. Generally, the more advanced the centrifuge, the faster the purification process of uranium.

A senior diplomat told Reuters, “They finished installing one of the three cascades and they have started installing a second cascade.” This first cascade is the IR-2m machines, which is advanced but not as fast as the IR-4 version or IR-6 ones. However, the iaea report noted that the IR-4 version is currently being installed. After this, Iran informed the iaea that it intends to install a cascade of the IR-6 underground, its most advanced centrifuges.

This move is a new flagrant violation of the nuclear deal, which expressly forbids any advanced centrifuges to go underground, protecting the enrichment process from attack.

By moving the advanced centrifuges underground, Iran is making it impossible for foreign nations to halt its march toward weapons-grade uranium.

One other element of the iaea report was deeply concerning. Iran is still failing to provide an adequate explanation for the discovery of uranium at a site close to Tehran. It had repeatedly barred iaea inspectors from the site after Israel exposed it last year.

These three nuclear revelations in the space of a week show that Iran is not backing down from its nuclear ambitions.

The timing is also significant as Iran assumes that Joe Biden will be the next American president. While some of the changes were enacted before the American election, it is clear that Iran hopes to leverage the incoming Biden administration into a new nuclear deal that would relieve the nation from President Donald Trump’s crushing financial sanctions.

Clearly, Iran is attempting to once again use nuclear blackmail to gain concessions from the United States.

And it would be wise to do so, given that Mr. Biden has already shown his cards and publicly declared his desire to reenter a nuclear deal with Iran. Mr. Biden, who was part of the Obama administration’s fatally flawed nuclear deal, has long derided the Trump administration for exiting the deal in 2018, even though every U.S. ally in the region supports President Trump’s maximum pressure campaign against Iran.

It is certainly possible Iran is preparing to increase its negotiating power with the Biden administration by making it seem that it is racing toward the bomb, but will back down if the U.S. signs a deal. That would mean a return to the disastrous nuclear deal with Iran, which funded Iran’s continuation of its war in Syria, its de facto takeover of Iraq, as well as its proxy war in Yemen.

While some commentators have argued that Biden’s Iran policy would be better for the region than Trump’s, the gut of every Israeli, Saudi, Emirati and Jordanian leader knows such talk is foolishness. Iran’s moves this week also show that a Biden presidency would be a dangerous turn for the region.

However, as Watch Jerusalem editor in chief Gerald Flurry forecast this week, we expect President Trump to continue in office into a second term. Mr. Trump has signaled a desire to negotiate a new nuclear deal with Iran, yet one that will attempt to link Iran’s support for terrorism across the region, with any relief from sanctions.

Regardless of who is in the White House, the fact remains that Iran is right now trying to place its quest for a nuclear weapon beyond the reach of foreign powers.

As we reported in our July-August 2020 Watch Jerusalem magazine, Iran will not be deterred by anyone from acquiring nuclear weapons. It sees becoming a nuclear power as essential for providing a nuclear umbrella to safeguard against attacks on its national homeland while it expands its power in the region by more conventional means. But more than just that, Iran believes that nuclear cataclysm could be the perfect precursor to the coming of the Shiite messiah, the 12th imam.

Chaos is a primary prerequisite to this messianic figure’s return. Many Iranians, including the ayatollah himself, believe they can hasten his reappearance by intentionally stirring up global chaos. To them, it doesn’t matter whether you win the war, as long as you start the war! Bernard Lewis, the eminent Middle East scholar and historian, once stated that for the Iranian regime, “[m]utually assured destruction is not a deterrent—it’s an inducement.”

Iran is keenly watching the results of the U.S. election, and it certainly hopes for a Biden victory to provide relief from Mr. Trump’s maximum pressure campaign.

However, we should realize that neither Mr. Biden nor Mr. Trump will be able to change Iran’s nuclear ambitions.

This week, Iran took more steps toward realizing those goals and moving that program out of the reach of foreign hands to disrupt.

In August 2006, Watch Jerusalem editor in chief Gerald Flurry discussed the explosive and terrifying combination of its religious faith and nuclear weapons:

This should alarm all of us. Imagine: Iran is the world’s top terrorist-sponsoring nation. It is about to get nuclear bombs, and its leaders believe a nuclear war will speed the return of their version of the Messiah. That means they are eager for a nuclear war.

And once you start a nuclear war, how do you stop it?

Yes, how do you stop a nuclear war once it begins?

Politics aside, this is a question we should all ask as Iran declares it’s going underground with advanced centrifuges.

For the answer to that question, please request your free copy of Gerald Flurry’s booklet The King of the South. This booklet will take you through the biblical prophecies we have relied on to accurately forecast Iran’s rise for the past 30 years. It will also show you exactly where those prophecies will lead in the near future. It is essential reading for all those living inside the Middle East region and beyond. As the Bible repeatedly prophesies, what starts with Iran will eventually impact the whole world. Please request your free copy of The King of the South right now.