Russia to Set Up Military Base in Sudan 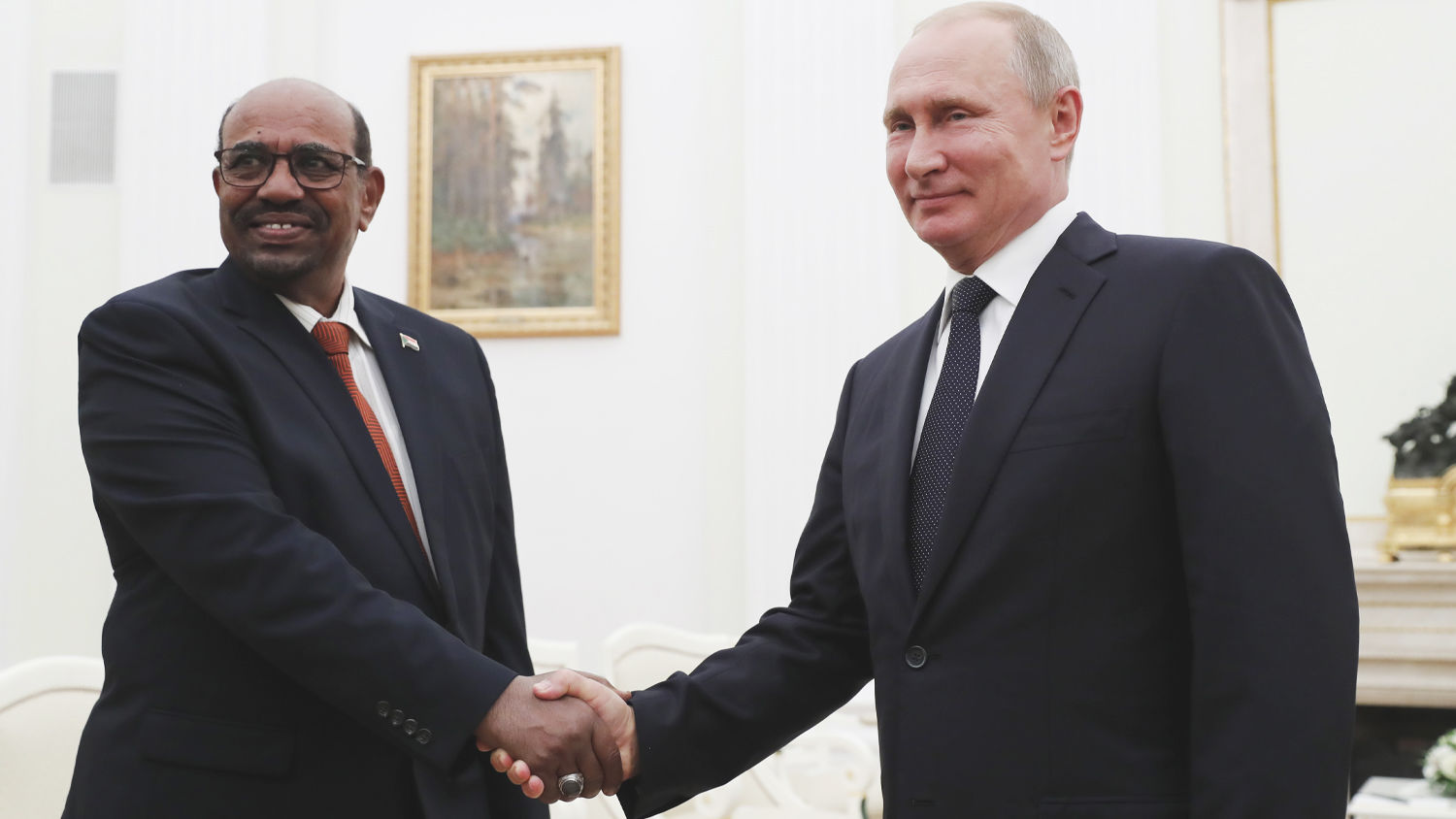 Russian President Vladimir Putin gave his approval for the construction of Russia’s first base in North Africa since the end of the Cold War. The naval facility in the port of Sudan will greatly increase Russia’s influence in a region that is quickly becoming unstable due to recent violence in Ethiopia and South Sudan. Russia is also sending a message to the world: As America continues to pull out, Russia is stepping in.

Russia and Sudan have been on good terms since the early 2000s—ever since Russia opposed United Nations intervention in the Darfur crisis. Nearly half of Sudan’s weapons come from Russia, making it Russia’s second-largest weapons buyer in Africa after Algeria.

Talks of the logistics center began in 2017 when Sudanese President Omar al-Bashir traveled to Russia to meet with Putin. However, protests against Bashir’s regime eventually led to a coup in April 2019 and the ouster of the president. Throughout it all, Russian support of Bashir remained steadfast—though it quickly endorsed the Sudanese military junta as soon as they came to power.

Russia and Sudan signed an agreement in May 2019 that greatly increased their military cooperation and gave Russia access to Sudanese ports. Later that year, more than 40 African leaders met with the Kremlin to discuss Russia’s presence and interest in Africa, which have been revived under the leadership of President Putin.

Fast-forward to November 2020. According to the draft agreement, the naval facility will “meet the goals of maintaining peace and stability in the region, [and] is defensive and is not aimed against other countries.” It allows up to 300 personnel and four ships with nuclear capabilities to remain at the facility, providing a central hub for Russian ships in the Red Sea.

The agreement also gives Russia the freedom to send weapons and other supplies to its warships without import tariffs or inspections. Russian air defense and electronic warfare systems could be used to protect the naval base.

This will be Russia’s second naval facility outside of its borders, after its facility in Tarsus, Syria. News of the agreement comes only a few weeks after United States President Donald Trump announced the removal of Sudan from the U.S.’s list of state sponsors of terrorism. Russia will join China and Turkey in competing for influence and power in the Red Sea.

Over the last decade, America has been slowly pulling out of the Middle East; the election of President Trump in 2016 greatly accelerated the process. In a special White House address in 2019, the president said, “We’re getting out. Let someone else fight over this long blood-stained sand. The job of our military is not to police the world.” Over the course of his term, thousands of American troops stationed in Syria, Iraq and Afghanistan have returned home. And the void left by America is starting to be filled by other nations—nations like Russia.

Under Putin, Russia’s military has become quite advanced—and he’s not afraid to use it. In contrast, America lacks the will to use its powerful military. Events like the 2013 Ukrainian crisis have exposed America’s weakness. Russia knows that it can do what it wants and America won’t do anything.

In his booklet The Prophesied ‘Prince of Russia,’ Watch Jerusalem editor in chief Gerald Flurry writes:

Putin has pushed America out of the Middle East. Russia is now the only global power really impacting that region. And now China is pushing America out of Asia. These developments ought to intensely alarm the American superpower.

As America sleeps, Russia continues to gain momentum—but Europe is taking notice. The Bible prophesies of a coming clash between Russia and a German-led Europe in the near future. Mr. Flurry continues:

We need to watch what is happening in Russia and how Europe responds to it. Daniel 11:44 talks about “tidings out of the east” troubling Europe. Putin’s tactics in Georgia, Ukraine, the Middle East and elsewhere are already deeply troubling to Europe and the world. Russia’s resurgence—which we see reported in headlines often—shows that end-time Bible prophecies are rapidly being fulfilled!

A new naval facility in Sudan will greatly increase Russia’s influence in the region. While the current aim is for it to be a “defensive” base, with the goal of “maintaining peace and stability in the region,” it could easily become a strategic way to enforce Russia’s goals in the Middle East. With America out and Russia in, expect Russian influence in the Middle East to grow. For more information about Russia’s role in Bible prophecy, read The Prophesied ‘Prince of Russia’ and Russia and China in Prophecy.