Pay Attention to Rising Anti-Semitism in Europe and Britain 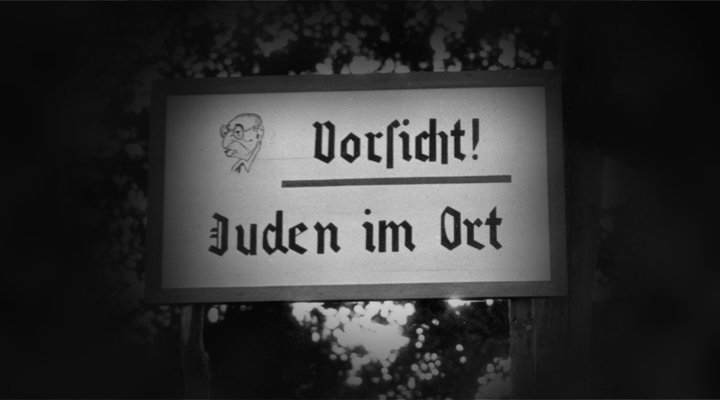 I visited London last week to listen to Melanie Phillips lecture on anti-Semitism in Britain and Europe. The lecture addressed the specific question, “Is it time for Jews to leave Europe and Britain?”

The fact that this question is even being discussed—in Britain in the 21st century—is telling. It’s surreal to think that Jew-hatred in “sophisticated” society is now so dire that smart, rational Jews are actually contemplating fleeing Europe and Britain. Aren’t Britain and Western Europe supposed to be the gold standard of liberalism?

Phillips characteristically deployed an army of facts and figures revealing that anti-Semitism is unquestionably surging in Europe and Britain. This week, one of those facts was actually caught on camera. On Tuesday, a young Jewish man wearing a kippah and walking in Berlin was publicly attacked by an Arab. As he was being whipped, the young Jew somehow filmed the assault, which later appeared on social media.

As you watch this clip, realize that similar assaults (and much worse ones) are occurring more frequently in nations all across Europe, including Britain.

There are many dimensions to the subject of anti-Semitism, some of which Phillips discussed last week. (We hope to explore this subject much more in coming weeks.) To me, one of the most important aspects is the fact that anti-Semitism is very often symptomatic of a larger and much more alarming national and cultural crisis.

Anti-Semitism is more than just a problem for Jews. Anti-Semitism is like a skin mole that is growing and changing color. The mole itself might be unsightly and sore, but it’s the thought that cancer might be lurking beneath the skin and attacking vital organs that keep the victim up at night. The tender mole hints at a much larger, even fatal, disease—one that threatens the well-being of the whole body.

Anti-Semitism can be indicative of some potentially fatal cultural and national disorders. Jonathan Freedland wrote recently that Jews “have often functioned as a canary in the coal mine: When a society turns on its Jews, it is usually a sign of wider ill health” (emphasis added throughout). Anti-Semitism thrives in a morally bankrupt political system. It thrives in a failing justice system, when a nation is incapable of administrating law fairly. Rising anti-Semitism can be a sign that fear, uncertainty and instability are growing. Culturally, the capacity to tolerate anti-Semitism reveals a dangerous tolerance of evil.

Melanie Phillips touched on this point in her address last week. She stated that rising anti-Semitism is much more than a hatred or type of bigotry. “Anti-Semitism represents a kind of moral and spiritual death,” she said.

Can you see? It’s not just British and European Jews who are in danger here—it’s Britain and Europe.

One of my favorite books is The Last Lion. In this book, William Manchester resurrected some history about the 1930s that most people today don’t understand—something that will sound surprisingly familiar. In Britain and Europe, it was actually fashionable to abhor Jews. “[I]n the 1930s it was quite an ordinary thing to see restaurants, hotels, clubs, beaches and residential neighborhoods barred to people with what were delicately called ‘dietary requirements …,’” he wrote. In these notionally genteel, sophisticated and proper societies, “[c]ontempt for [Jews] was not considered bad form.”

Fast-forward to today and the rampant, unapologetic anti-Semitism so plainly evident in Britain’s Labour Party. Doesn’t the fact that some British Jews are actually contemplating leaving Britain suggest this history is being repeated?

“Poland’s national character, like Germany’s,” wrote Manchester, “was marred by a livid streak of anti-Semitism ….” In Hungary, anti-Semitic laws similar to those in Nazi Germany made the persecution of Jews routine. In France in the late ’30s, rowdy crowds, alarmed by the prospect of war with Germany and convinced that Jewish warmongers were at the root of the problem, protested in towns and suburbs, crying, “Death to the Jews, raid the Jews.”

There is a connection between the people’s tolerance of anti-Semitism in the 1930s and their tolerance of Adolf Hitler and his genocidal ambitions. Most people simply couldn’t understand the depth of Hitler’s depraved mind and evil ambitions, despite the fact that his genocidal aspirations were on full display in his anti-Semitic behavior. Hitler didn’t merely disregard Jews; he had no regard for any human life that stood in his way. Unfortunately, it wasn’t till the Nazi war machine really got rolling that most people began to understand the depth of evil at work.

If you’d like to learn more, read my article “Anti-Semitism: Why You Should Be Alarmed.”