Instead of bolstering Jewish heritage in the land, Israel’s own are using their position of trust to deny Israel’s history.
By Brent Nagtegaal • December 27, 2017 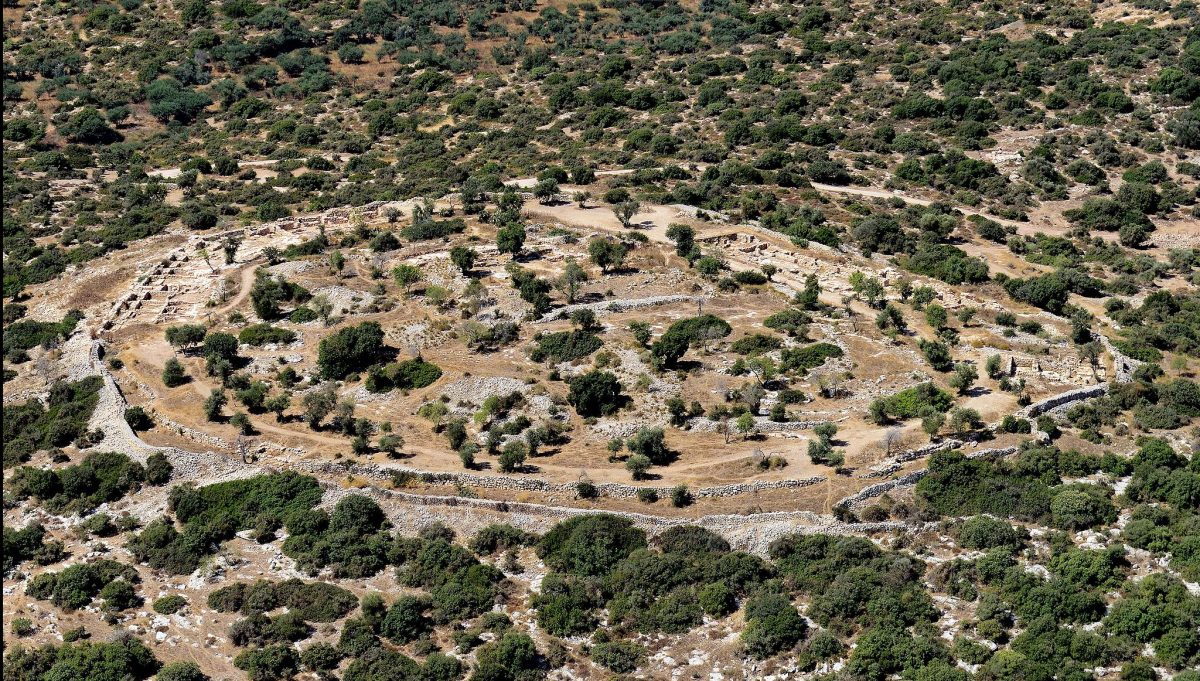 JERUSALEM – Israel has finally done it. On Friday, December 22, Prime Minister Benjamin Netanyahu instructed his representative at the United Nations Educational, Scientific and Cultural Organization (unesco) to announce Israel would be pulling out of the body.

The move follows the decision by the United States last October to pull out of unesco. The Trump administration opted to leave after several anti-Israel resolutions were passed. These outrageous resolutions refused to acknowledge Jewish ties to the Temple Mount in Jerusalem and the Old City of Hebron, including the Tomb of the Patriarchs–the patriarchs Abraham, Isaac and Jacob.

This decision by America and Israel is entirely rational. unesco, the world’s chief body of science and cultural heritage, is behaving in a way that is clearly unscientific, irrational and ahistorical. Plenty of evidence exists confirming the ancient Jewish attachment to both the Temple Mount and the Old City of Hebron.

However, while many Israelis are justifiably outraged at unesco’s patently anti-Israel resolutions, plenty of unscientific and ahistorical work is taking place inside Israel. More specifically, inside Israel’s own bastions of science–that is, the archaeology departments of Israel’s universities.

For example, Hebrew University archaeologist Yosef Garfinkel recently published a stinging paper focusing on his colleague’s polemical attacks on his work at Khirbet Qeiyafa, a 10th-century b.c.e. fortress that was situated on the border between the Israelites and the Philistines.

The 10th century is a critical time period in biblical history. This is when Israel’s two most powerful monarchs, David and Solomon, ruled. It is also the period that in recent decades has been most intensely assaulted by revisionist historians and archaeologists. Numerous leading Israeli archaeologists have gained fame by refuting the biblical account of King David. At first, they simply claimed that he did not exist. Then, after evidence emerged clearly proving David’s existence as a historical figure, the critics changed their tune and said that while he did live, he was nothing more than a tribal chieftain ruling over a small rural settlement on the hill of Jerusalem.

The discovery of Khirbet Qeiyafa, a massive Israelite fortification dated to the 10th century, destroys the argument that David was a nobody. It should also arouse deep concern about the credibility and scholarly ability of the archaeologists who argue that King David is an insignificant historical figure.

Alas, this is not the outcome.

Unable to refute the dating of the fortress, some of Israel’s archaeologists then attempted to change the ethnic identity of the site. One archaeologist claimed it was a Philistine site. Another said it was Canaanite. One even suggested it belonged to King Saul, an Israelite. Finally, another archaeologist concluded that Khirbet Qeiyafa must belong to another people, a people not yet discovered in the land.

There are major points in common to these four suggestions:

They try to impose an ethnic group that is not Judean [or David].

No systematic analysis of the various material culture aspects is presented.

These scholars have already held, for ten to twenty years, the position that the kingdom of Judah was established only in the late ninth or eighth centuries BCE. In other words, Khirbet Qeiyafa’s new data challenged their earlier conclusions. In this case, they have two options in front of them: either to alter their older approaches, or to hold on to them and suggest a new interpretation for the ethnic identification of Khirbet Qeiyafa’s population.

Science is supposed to be the objective study of fact. Instead, these archaeologists have made the science personal. They’d rather cling to their own long-held belief than follow the facts. “Placing the current debate in its accurate place within the history of research clearly indicates that the subject was dealt with in a polemical way, rather than using a balanced, scientific view,” explained Garfinkel.

In doing this, many in Israel’s archaeological community are following the same unscientific and ahistorical methods as unesco!

Instead of bolstering Jewish heritage in the land, and with it biblical accuracy, they are misusing their professional positions to deny Israel’s heritage. This ought to upset Israelis far more than unesco and its anti-Israel bias!

Israelis were understandably outraged when unesco removed Jewish heritage from the Temple Mount and Hebron. But where is the outrage about the lies about Khirbet Qeiyafa?

Khirbet Qeiyafa is a massive, 3,000-year-old Judean fortress that has clearly and irrefutably been dated to the time of King David. But instead of celebrating its discovery, many of Israel’s own archaeologists seek to undermine its Jewish heritage! Is there anything more Jewish than David, the son of Jesse?

In many ways, the attack on Jewish history by leading Israeli archaeologists is far worse than what unesco is doing. unesco is known for its bias against Israel. Anti-Israel resolutions are expected.

Here we have leading archaeologists from Israel’s most trusted educational institutions blatantly disregarding scientific evidence and pushing on the uninitiated public their own anti-Jewish–and in this case, anti-Bible–dogma. Instead of bolstering Jewish heritage in the land, and with it biblical accuracy, they are misusing their professional positions to deny Israel’s heritage. This ought to upset Israelis far more than unesco and its anti-Israel bias!

If you would like to learn more about this attack on Jewish heritage, you can listen to my podcast on the subject below. Also, to understand the root of this undercurrent against both against Israel and the Bible, I suggest you read our editor in chief’s article from last week entitled, “Deep Division Over Jerusalem.”