How will the relationship end?
By Josué Michels • December 19, 2020 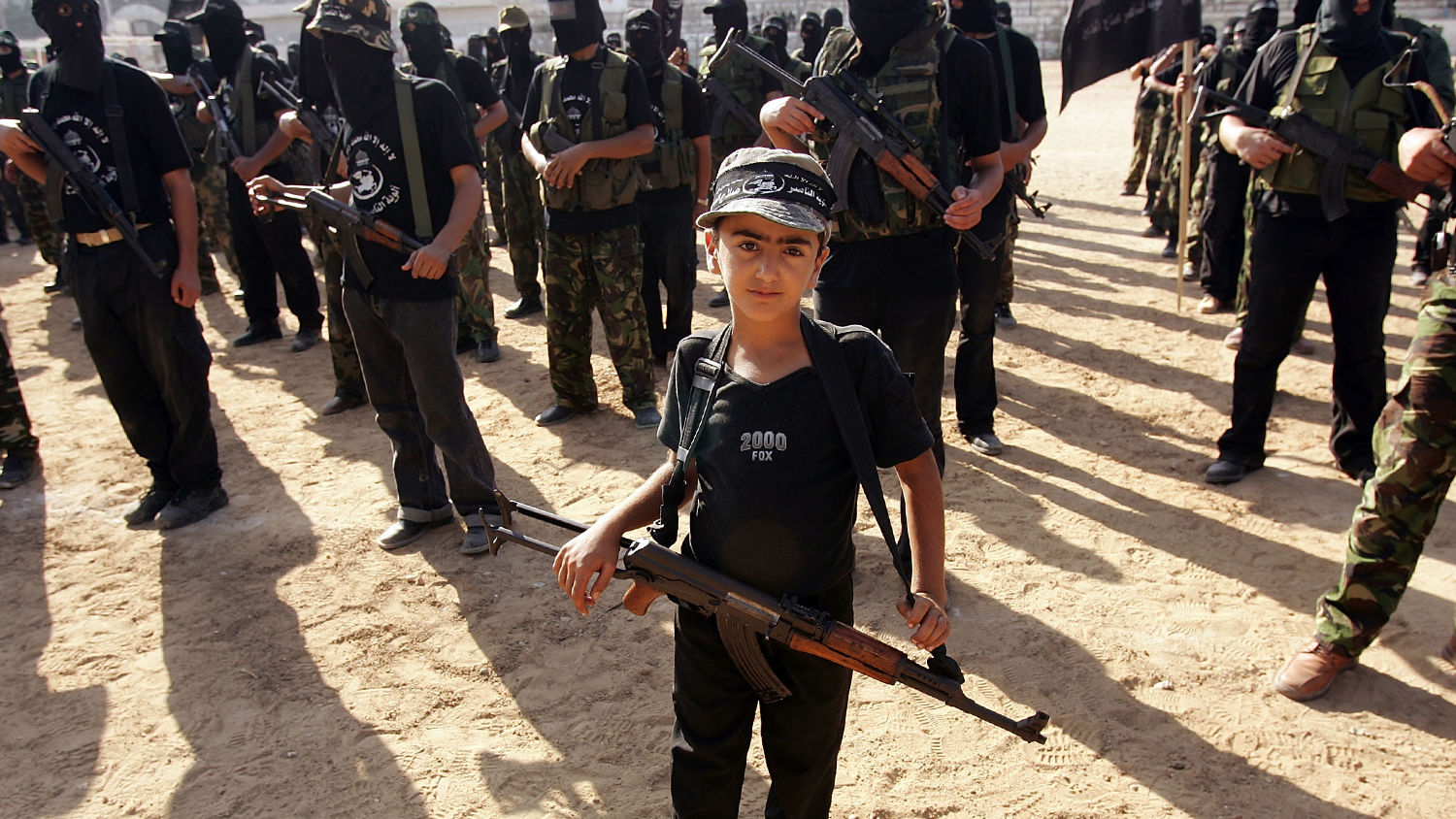 A young member of the militant wing of Fatah participates in a 2005 rally.

At the Jusos’ federal congress on November 28, participants passed a motion expressing solidarity with the extremist Palestinian organization Fatah Youth. They praised the group as a “sister organization.” Just two years ago, at a Fatah Youth demonstration in the West Bank, members wore dummy explosive belts and called for the fight against Israel.

In “SPD Youngsters Show Solidarity With Israel Haters,” Bild.de pointedly asked: “Do the Jusos have an anti-Semitism problem? … The Fatah Youth denies Israel’s right to exist, threatens terrorist attacks, and spreads anti-Semitic content on the Internet. Do the Jusos not know which Israel haters they are showing solidarity with?” (November 30; Watch Jerusalem translation throughout). Bild.de further explained that the Fatah Youth logo is a map of Israel in the colors of the Palestinian Authority, with the slogan “A Jewish state does not exist here.”

In a follow-up article on December 1, Bild.de wrote:

Why do the spd youngsters cooperate with open Israel haters?

Over the weekend, the Jusos reaffirmed their cooperation with the extremist youth organization of the Palestinian Fatah Party, which campaigns for a boycott of the Jewish state, glorifies terrorists and disseminates anti-Semitic content on the Internet.

After heavy criticism from Jewish associations, the Union and fdp [Free Democats], ex-Jusos boss and spd vice president Kevin Kühnert (31) tried to clarify. On Monday evening, Kühnert announced that the Jusos were working with Israeli as well as Palestinian partners and had set up the Willy Brandt Center (wbc) in Jerusalem for this purpose in 1996.

But as research by Bild reveals the Willy Brandt Center, “which claims to be a meeting place for ‘peace-oriented parties’ and wants to ‘make a contribution to peace in the region,’ employs gross enemies of Israel!”

With this in mind, the spd’s position in the German government should be closely scrutinized.

In 2017, then German Foreign Minister and spd chairman Sigmar Gabriel insulted Israeli Prime Minister Benjamin Netanyahu. Gabriel had planned a visit to Israel, and Netanyahu warned him that meeting with government-critical groups that label Israeli soldiers as war criminals would be a deal breaker. But Gabriel met with the group Break the Silence; Netanyahu was forced to cancel his meeting with Gabriel.

German politicians and media celebrated Gabriel’s return from Israel, Spiegel Online wrote: “Sigmar Gabriel returned to Berlin last week in triumph. He was congratulated everywhere for his performance. … The behavior of the foreign minister was ‘exemplary.’”

Since Germany joined the United Nations Security Council as a non-permanent member in January, the German government has presented itself as pro-Israel. On the 70th anniversary of Israel’s admission into the UN, German Foreign Minister Heiko Maas lamented the “one-sided treatment and exclusion” of the Jewish state in UN committees. Maas, a member of the spd, concluded that Israel’s security should be questioned “nowhere and by no one.”

But as Bild.de pointed out in May: “Despite the great announcements by Maas to stand by Israel’s side, Germany has repeatedly supported past resolutions that have been initiated by Israel’s enemies.”

Germany, one of Israel’s supposedly “closest allies,” fundamentally disagrees with its current policies.

On his visit to Israel on June 10, Maas expressed his disagreement with Israel’s plan to annex 30 percent of the West Bank. He tweeted: “We also talked about the Middle East peace process: I told my Israeli colleague our honest, serious concerns about the consequences of annexation. We stand with our EU partners for a negotiated, mutually acceptable two-state solution.”

A two-state solution, as Germany demands, would be detrimental for Israel.

Despite this reality, the Israeli government continues to look to Germany as one of its closest allies, second only to the United States. Many prominent Jews in Israel trust Germany even more than their own government. Israel even trusts Germany to equip its military.

Watch Jerusalem editor in chief Gerald Flurry warned in “Will the Trump Peace Plan Bring Peace to Israel?” that the dilemma Israel is currently in is prophesied in the Bible. He wrote:

The book of Hosea was written as prophecy for the end time. The nation called Israel today is really biblical Judah. Hosea includes specific prophecies about Judah.

“When Ephraim saw his sickness, and Judah saw his wound, then went Ephraim to the Assyrian, and sent to king Jareb: yet could he not heal you, nor cure you of your wound” (Hosea 5:13).

Studying this verse in the original Hebrew reveals that both Ephraim (Britain) and Judah go to Assyria (the prophetic term for modern-day Germany—to prove this, request our free booklet Germany and the Holy Roman Empire).

Why go to Germany? And what is Judah’s “wound”? Strong’s Concordance defines that word, “in the sense of binding up: a bandage, i.e. remedy.”Gesenius’ Hebrew-ChaldeeLexicon defines it, “the pressing together, binding up of a wound; here used figuratively of a remedy applied to the wounds of the state.” In other words, the remedy is the wound!

The Bible indicates that Israel will come to believe that Germany is its only ally that can secure its existence. But as Mr. Flurry writes in Hosea—Reaping the Whirlwind, this will be a deadly mistake.

The warning signs against Israel’s relationship with Germany are all around us. You can learn about the prophecies that have foretold this double cross in detail by ordering your free copy of Hosea—Reaping the Whirlwind, by Gerald Flurry. This short booklet will not only explain why there is such great hatred for the Jewish people today, but also reveal how mankind will soon learn to live in peace.

Get Our Magazine Request your free subscription
to Watch Jerusalem magazine
Subscribe
Related
Offers
The Way of Peace Restored Momentarily
A powerful and genuine example of peace was given to this world for a tiny period of time. (Was it prophesied in your Bible?) When you see how people reacted to it, you can understand why we have no real peace in this evil world. Nevertheless, we are about to have world peace in spite of man and his human nature.
Request Now