Evidence That Early Mankind Were ‘Experts’ With Pitch

So use on Noah’s ark should have been no problem
By Christopher Eames • December 29, 2020 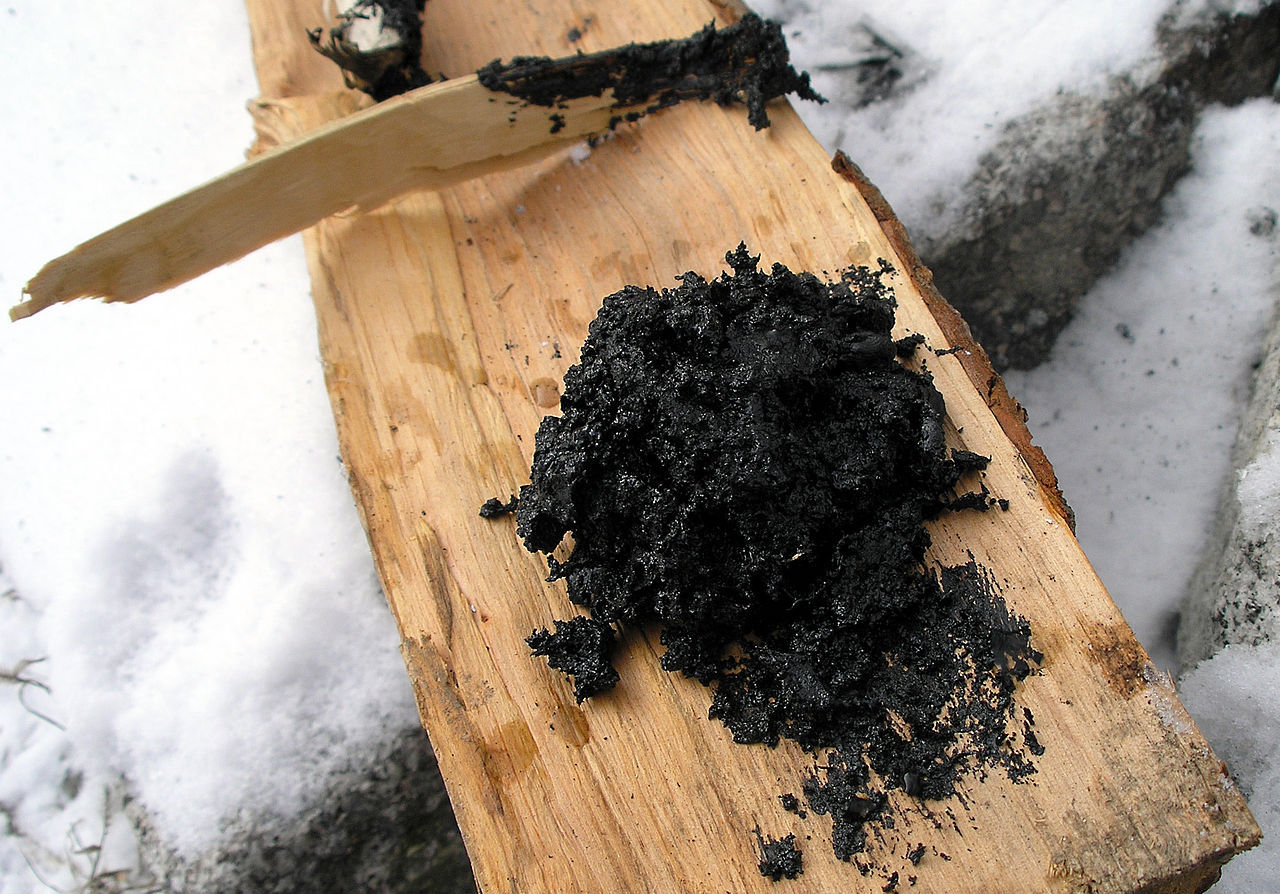 Pitch made from birch bark
Jorre

“Make thee an ark of gopher wood; with rooms shalt thou make the ark, and shalt pitch it within and without with pitch” (Genesis 6:14).

This was the command God gave Noah to survive the worldwide deluge. And thanks to (relatively) recent discoveries, we now know that early mankind not only used pitch, but were experts with it.

If you have followed Watch Jerusalem for very long, you’ll know that we identify the biblical Flood of Noah’s day with the Quaternary Extinction Event—the end of the “Ice Age”—and the prior human prehistory with the biblical antediluvian world, from Adam to Noah (see our article “The Prehistoric World vs. Genesis” for more information). Numerous elements of this prehistoric Cenozoic world fit with the biblical account found in the earliest chapters of Genesis. And now, so does the use of this simple, yet overlooked, ingredient.

Last year, Dutch researchers discovered that early Neanderthals in Italy apparently experimented with various forms of pitch, and that these early humans concluded that birch tar was the most effective adhesive and seal—in this case, for arrowheads and axes. (As an interesting aside: Noah has long historically been linked with the region of Italy.)

No Neanderthal “lab” was actually discovered, of course. The Dutch team themselves experimented with several different types of trees that would have been available to the early population. They found that birch, which the Neanderthals used specifically for making pitch, was by far the best species; ergo, the population must have experimented in order to make that determination. Tar made of birch resin functions much better in especially cooler temperatures (0–25 degrees Celsius), as well as extremely high temperatures; unlike the readily available pine resin, which would become brittle.

Few more freshly knapped flint headed arrows made to add to the vast collection, stuck with pine resin & bound with nettle fibre, then sealed with birch tar, will be fletched with crow feathers later. The shafts are hazel & holly. #prehistory #stoneage pic.twitter.com/L7JfUQj3OM

Thus, the research concluded that the Neanderthals must have actually been quite “advanced” in order to come to such a conclusion. (Really, over the past decade, the general idea of Neanderthals as “inferior,” or even very “different” from modern humans at all, has been rubbished, especially by genetic evidence.)

Besides tarring, related evidence also shows that the Neanderthals knew how to make fire (for example, in order to melt down the birch resin).

As Ruth Schuster wrote in her Haaretz article “Prehistoric Superglue May Reveal Experiments 200,000 Years Ago”:

To make the quantities of tar found in Europe, [the Neanderthals] probably had a more efficient manufacturing method, not to mention the ability to design multicomponent tools—and the capacity for forethought.

Thus, this ancient pitch-glue “technology” of earliest man fits well with the biblical account of earliest man: Men who knew how to use fire (Genesis 4:4, 22); men who required strong axes and other tools (Genesis 6:14); men who would have needed a whole lot of manufactured pitch to seal a rough-cut ship (same verse); and yes, a whole lot of “capacity for forethought.”