Will President Trump Bring Turkey Back to the West?

Turkey appears to be everyone’s ally and enemy; its geopolitical weight is the key to many conflicts.
By Josué Michels • December 30, 2020 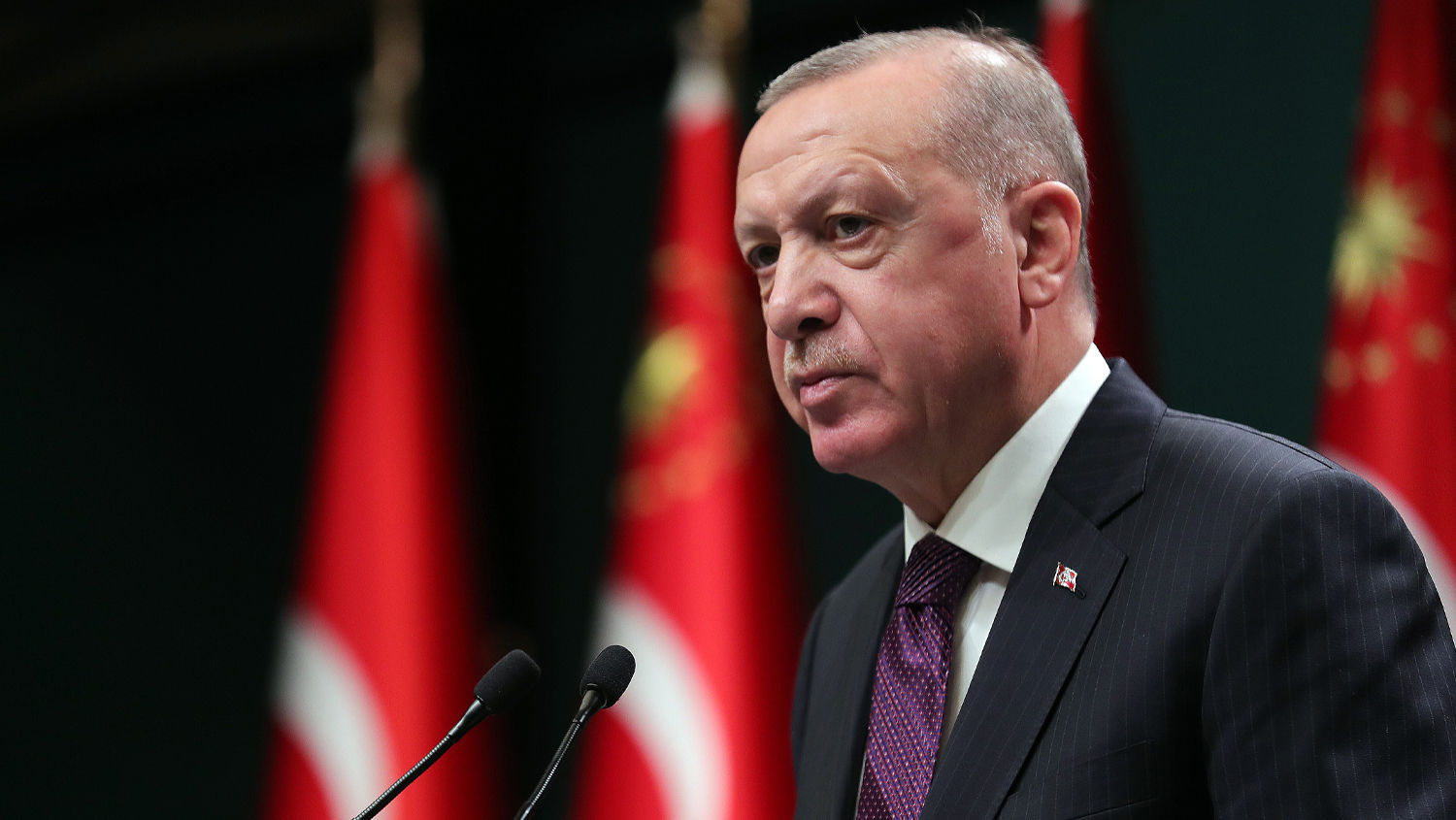 On December 14, the United States Treasury Department imposed sanctions on Turkey for its purchase of a Russian S-400 Missile Defense System. Turkey is a member of the North Atlantic Treaty Organization, created to oppose Russia. The U.S. sees the purchase as incompatible with nato defense systems and views Turkey’s relationship with Russia as a threat. Will the sanctions rein in Turkey?

For years Turkey has grown increasingly hostile toward the U.S. and Europe, while forging a close alliance with Iran and Russia. U.S. President Donald Trump’s sanctions could play a role in persuading Turkey to change that course.

According to U.S. Secretary of State Mike Pompeo, “The United States made clear to Turkey at the highest levels and on numerous occasions that its purchase of the S-400 system would endanger the security of U.S. military technology and personnel and provide substantial funds to Russia’s defense sector, as well as Russian access to the Turkish armed forces and defense industry.”

Ever since the Iraq War, America’s conflict with Turkey has been the story of many news articles. The U.S. needs Turkey as a counterweight to Iranian power in the region and, more importantly, to contain Russia. Turkey controls the Dardanelle Straits, the Russian Navy’s most important choke point. For Europe, Turkey is the vital crossroad for any major travel to or from the Middle East.

By purchasing Russian defense systems, Turkey is not only fueling the coffers of Russia’s war machine but also endangering nato defense systems. Russia’s S-400 is reportedly capable of shooting down the U.S.’s latest fighter jet, the F-35.

Turkey’s procurement of the S-400 began in 2019. The U.S. immediately prohibited Turkey from buying and building the F-35—a major loss for Turkey’s military.

The latest sanctions are part of the Countering America’s Adversaries Through Sanctions Act and target the Turkish defense industry and four top officials. The sanctions include severe financial restrictions, prohibit exports of goods and technologies to Turkey’s main military procurement agency, and impose travel restrictions to the U.S.

“I regret that we are in a situation where nato allies have to impose sanctions on each other,” nato Secretary-General Jens Stoltenberg said.

Turkey’s response reveals that the sanctions have hit a nerve. “We condemn and reject the decision to impose unilateral sanctions against Turkey,” the Foreign Ministry stated.

“We expect support from our nato ally, the U.S., in our fight against terrorist groups and elements that have designs on our region, not sanctions,” Turkish President Recep Tayyip Erdoğan said after a cabinet meeting in the capital of Ankara.

Despite the verbal backlash, Turkey refrained from retaliating.

Turkey is at odds with the U.S. and other nato allies. In October 2019, Turkey invaded Syria fighting against Kurdish forces (an ally of the United States). Turkey also has strong economic and trade relations with Iran, which, under the Trump administration, has been the recipient of U.S. sanctions. Recently, the European Union sanctioned Turkey for a dispute over gas supplies in the Eastern Mediterranean involving Greece and Cyprus. The conflict almost escalated militarily as neither side wanted to give up their claim on the reserves.

It appears Turkey is on a crash course with the entirety of its nato allies and is allying with those it has pledged to oppose. In “Why Turkey Matters,” Joel Hilliker, managing editor of our sister publication the Philadelphia Trumpet, noted in 2007:

Turkey sits right at the crossroads of a developing clash of civilizations. Its population is almost wholly Muslim, but its constitution is staunchly secular. It is a democracy and a constitutional republic, yet since 1960 its military leaders have overthrown four duly elected governments for being too religious. It is anchored to the Middle East as a member of the Organization of the Islamic Conference, yet welded to the West within the North Atlantic Treaty Organization. On top of that, a pillar in its foreign policy for a generation has been its bid for membership in the European Union.

In The United States and Britain in Prophecy, the late Herbert W. Armstrong explained that Jacob’s descendants bare the prophetic name Israel (primarily the United States, Britain and the Jewish nation in the Middle East); his brother Esau’s descendants are identified by the name “Edom” (Genesis 25:30). Isaac, the two brothers’ father, prophesied the following about Esau: “Behold, thy dwelling shall be [correct translation: away from] the fatness of the earth, and of the dew of heaven from above; And by thy sword shalt thou live, and shalt serve thy brother; and it shall come to pass when thou shalt have the dominion, that thou shalt break his yoke from off thy neck. And Esau hated Jacob …” (Genesis 27:39-41). Mr. Armstrong explained:

In Isaac’s dying prophecy, he foretold that Esau’s descendants would come to a time when they should have dominion, and then break the yoke of the Israelites from off their necks. That has happened. The children of Israel, through sin, were driven out of the Promised Land that belonged with the birthright. The Turks came to power and dominion and for many centuries possessed that land. Those descendants, the Turkish people, occupied Palestine 400 years before Britain took it in 1917. Esau’s descendants always have lusted for that land, central promise of the birthright! The Turks have truly lived by the sword!

This prophecy explains the United States’ connection with Turkey and also reveals why the two are at conflict with each other.

Additionally, a prophecy in Psalm 83 reveals that Turkey and Europe are about to forge an alliance to the detriment of America, Britain and the Jewish state. “For they have consulted together with one consent; Against thee do they make a covenant; the tents of Edom and the Ishmaelites; Moab, and the Hagrites; Gebal, and Ammon, and Amalek; Philistia with the inhabitants of Tyre; Assyria also is joined with them; they have been an arm to the children of Lot. Selah” (Psalm 83:6-9). Edom refers to modern-day Turkey and Assyria, Mr. Armstrong explains, refers to Germany.

Turkey and Germany are the key antagonists in a prophecy that speaks of a devastating double cross. Both of these nations have recently revealed their disdain for the U.S. and have been working to ally themselves with Russia. Germany has been the recipient of U.S. sanctions due to its Nord Stream 2 pipeline deal.

U.S. sanctions surely will only increase the disdain these two countries have for America. Turkey is moving closer to Russia and radical Islam. The sanctions could help bring it closer to Europe as well.

Germany is among the top five of the world’s largest weapons exporters, and Turkey has been its main recipient. Turkey has also increasingly sought a partnership with the European Union in the energy sector. A 2018 report from the European Commission noted:

Turkey has made some progress and has a good level of preparation to cope with competitive pressures and market forces within the EU. Turkey is well integrated with the EU market in terms of both trade and investment. Some progress was made in the energy sector, particularly in the gas market, and in increasing research and development spending. However, significant problems remained with regard to the quality of education. There was no progress in improving the transparency of state aid.

Turkey and the EU are cooperating more closely. But as of now, Europe is unable to provide Turkey with its military needs, nor is Turkey able to cover Europe’s energy needs. But both know that their reliance on Russia comes with a great risk.

To understand where this is heading, read our Trends article “Europe Will Ally With Arab Nations Against Israel” and watch Watch Jerusalem editor in chief Gerald Flurry’s Key of David on the subject: “Turkey Is Going to Betray America.”