The Middle East is a battle zone between two camps, one led by Iran, the other by Saudi Arabia and a powerful European supporter.
By Josué Michels • January 9 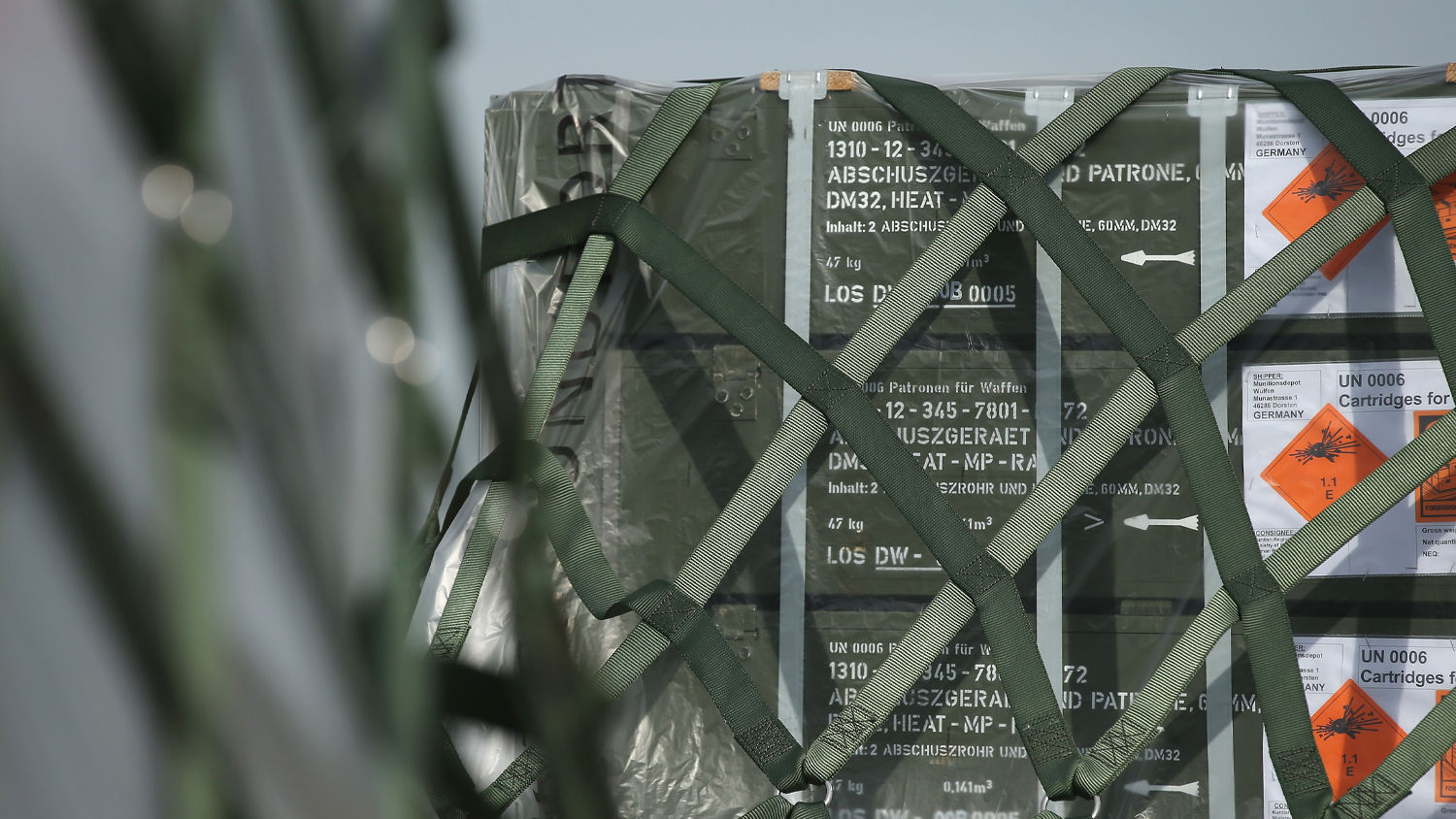 Bundled weapons and ammunition from the Bundeswehr.
SEAN GALLUP/GETTY IMAGES

Last year, the German government approved $1.42 billion worth of exports to countries that are involved in the Yemeni or Libyan civil wars, the news agency dpa reported, citing Germany’s Economy Ministry. Every year, weapons exports to the Middle East spark a great controversy in German politics. Why then is a prosperous nation like Germany interested in fueling wars in the Middle East?

In Yemen, Germany supports a Saudi Arabian-led alliance that includes the United Arab Emirates, Egypt, Kuwait, Jordan and Bahrain. The alliance is fighting Houthi rebels, which are supported by Iran.

Every battleground in the Middle East is complex and involves various players. But in his landmark 2013 article “Watch Algeria!” Watch Jerusalem editor in chief Gerald Flurry explains which battle lines are the most important to discern. “Iran has designs on being the strongest power throughout the region and is extending its reach throughout North Africa,” he wrote. He said that Iran was doing all it could “to encourage the radicalization of Egypt and its spread into Libya.”

“But Iran isn’t the only one interested in Africa,” Mr. Flurry noted. “Germany is making strong inroads as well. Both of these powers are racing to get as much control of North Africa as they can. They will inevitably clash with each other.”

Today, it is evident that Germany is working to oppose Iran. The Bible reveals that this opposition will escalate until Germany ultimately goes to war against Iran itself.

Ever since Muammar Qadhafi was overthrown in Libya in 2011, Germany has sought to play a mediating role between the warring parties. While Germany’s diplomatic efforts appear peaceful, its weapons exports show that it does not shy away from fueling military conflicts. The consequences, both at home and abroad, of shipping billions of dollars of weapons to the world’s most unstable region are worth it—in order to oppose Iran.

As conflicts arise, the world moves closer to this prophesied clash. And that will trigger a conflict so great that the prophet Daniel prophesied in Daniel 12:1 that it would be “a time of trouble, such as never was since there was a nation even to that same time.” Continue watching German involvement in the Middle East.