Could Abraham’s 318 Have Defeated Four Armies? 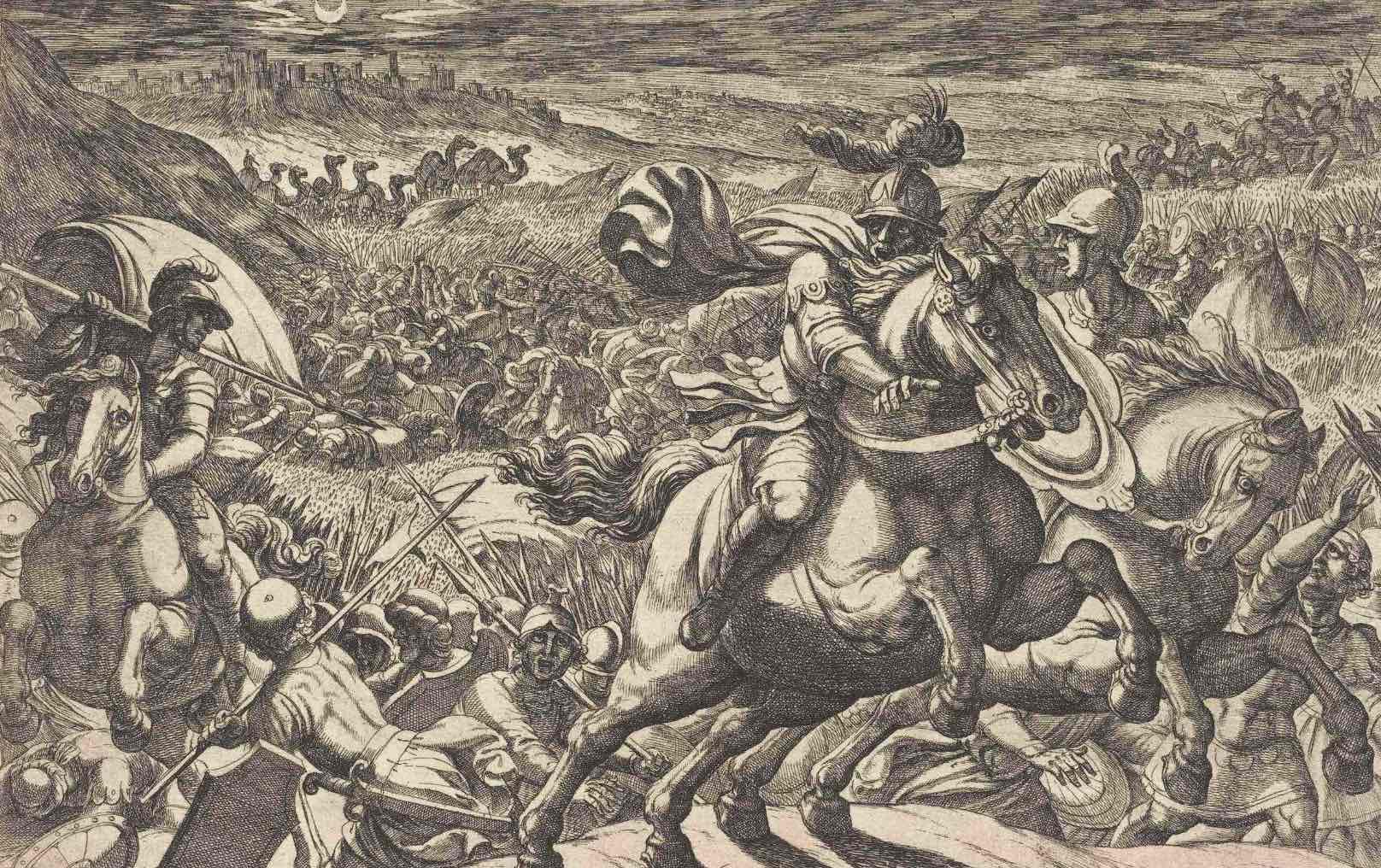 Genesis 14 is the first detailed account of warfare in the Bible. It describes a dramatic conflict between a four-army Mesopotamian juggernaut and a much smaller five-army Jordan Valley alliance. After the Mesopotamian forces, led by Chedorlaomer, handily defeated the Levantine force and took captive Abraham’s nephew Lot, the patriarch gathered his 318 servants and pursued the victors. The Bible describes Abraham defeating Chedorlaomer in a jaw-dropping victory at the border of Syria.

Only 319 men, including Abraham—who at that time was around 80 years old (Genesis 12:4)? Impossible, a fairy tale.

Clearly, the Bible describes God giving Abraham this victory. But the matter of divine intervention aside, numerous instances throughout history show that winning such a lopsided battle is possible.

The Battle of Thermopylae (484 b.c.e.) is probably the most famous one that comes to mind, where 300 Spartans defended the narrow pass from anywhere between 100,000 and 2.6 million Persian troops (depending on the source). The Spartans were supported by 6,000 backup troops—but these played more of a minor role). The defense successfully held out for days, before a traitorous act allowed the Persians to encircle the Greeks—as such, the bulk of the Greek force was dismissed, and the Spartans remained behind to stall the Persians, fighting to the death.

There are several examples of severely lopsided yet victorious battles from more modern history. In the Battle of Lacolle Mills in 1814, 80 British soldiers held back 4,000 American troops, and after 400 reinforcements later arrived, forced a retreat.

In the Battle of Blood River in South Africa in 1838, 464 Boers were attacked by 15,000 Zulus. The defense was successful, with only three Boers wounded—compared to 3,000 dead Zulus.

In the Capture of Belgrade during World War II (1941), only seven German soldiers captured the entire city, which was defended by thousands of troops, through a brief firefight and some incredible deception—none of the seven were killed.

In the Battle of Longewala in 1971, 150 Indian troops successfully defeated an advancing Pakistani force of 4,000 soldiers and 40 tanks. Only two Indians were killed.

Was Abraham’s rout, with only 318 men, impossible? Historical precedent says no.

Tactically, Abraham and his small, nimble force had advantages. The large size of the enemy’s armies (at least tens of thousands of soldiers) would have been an unwieldy force, especially given the different nationalities of the troops. Logistically, it would have been difficult to navigate the rugged and unfamiliar terrain. Further, Josephus, the first-century historian, records that King Chedorlaomer’s men were drunk and glutted on the spoils of their victory against the Levantine alliance. Abraham’s men were familiar with the territory and operated under darkness. (They may also have taken advantage of a separation of one of the four armies—more about that here.)

At a minimum, all that may have been required of Abraham and his men was to cause chaos and the targeted killing of the military leadership. Further, the captured king of Sodom was still alive (verse 17)—he may have even been able to capitalize on the chaos and join Abraham with any of Sodom’s remaining men in fighting free.

There is room for endless speculation. Again, the Bible highlights that this event did come with divine aid—and also a whole lot of audacity on the part of Abraham, setting off with such a small force.

Whatever the answer, the general Genesis 14 account is no mere fairy tale that can simply be dismissed—archaeology and historical evidence have revealed as much.

The above is clipped from a longer article featured in our Watch Jerusalem magazine, Uncovering the Battle That Changed the World, examining the historicity of the Genesis 14 biblical account. Click here to read the full article—and sign up below to request a free subscription to the Watch Jerusalem print magazine.