Houthis to Be Designated a Terrorist Organization 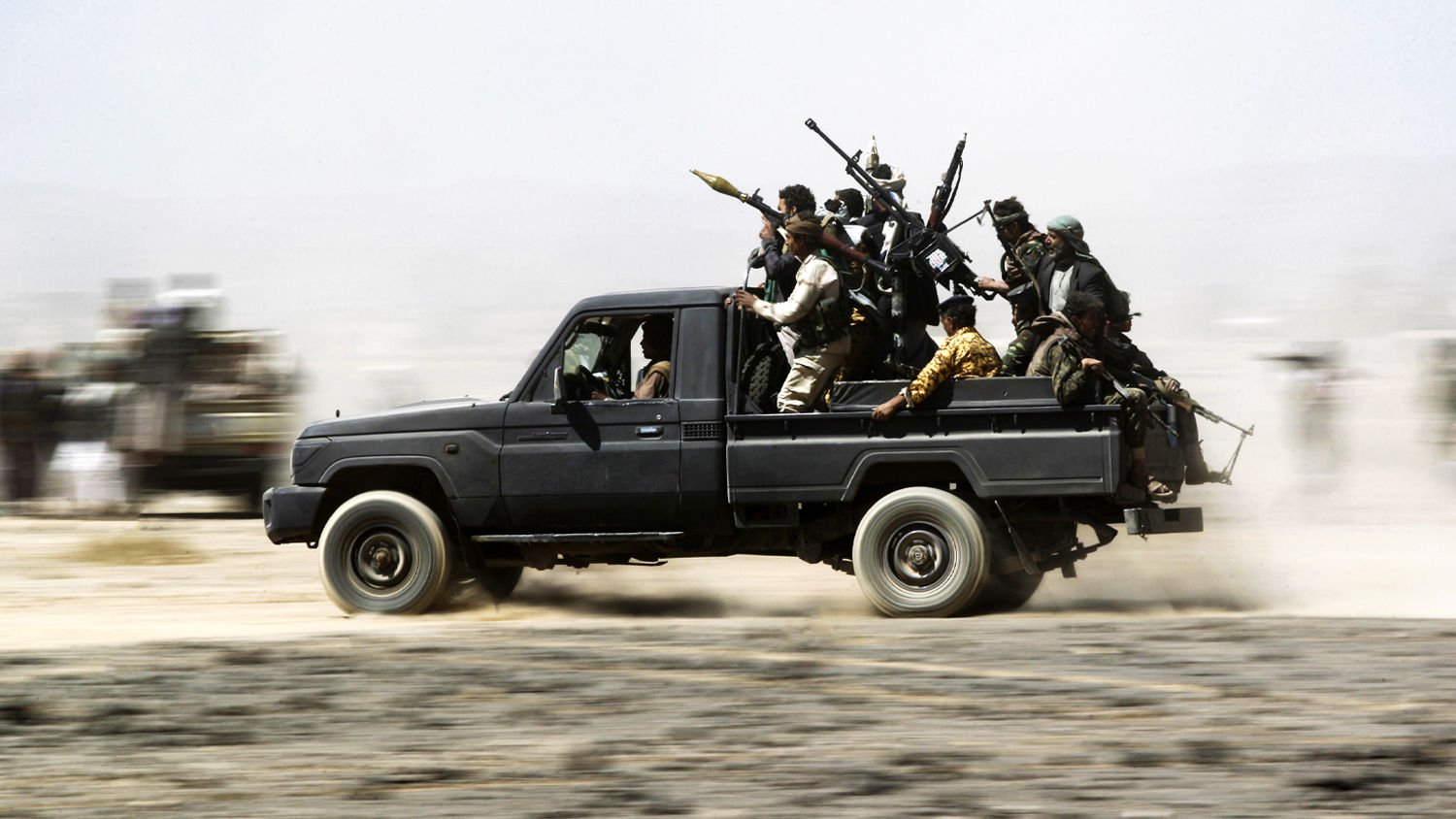 Armed Yemeni tribesmen loyal to the Shiite Huthi rebels sit in the back of an armed vehicle during a gathering to mobilize more fighters into several battlefronts on the outskirts of the capital, Sanaa.
MOHAMMED HUWAIS/AFP/GETTY IMAGES

These designations block all financial support and other resources that are routed through American banks and institutions. Houthis are mainly funded by Iran, but this sends a message to the group that the U.S. is contenting its maximum pressure campaign against Iran and its allies all the way up to inauguration day.

“The designations are intended to hold Ansarallah accountable for its terrorist acts, including cross-border attacks threatening the civilian population, infrastructure and commercial shipping,” read Secretary Pompeo’s statement. He referred to the December 30 attack as a recent example of Houthi terrorist activities. The attack occurred at the Aden airport as a plane from Saudi Arabia arrived carrying Yemen’s newly formed government. It killed 27 people.

Secretary Pompeo said that the U.S. is planning to lessen the impact of the terrorist designation on humanitarian activity and imports into Yemen. However, he reminded everyone that these designations are in place because of attacks against civilians and civilian infrastructure that have been directly traced back to the Houthis. He said, “If Ansarallah did not behave like a terrorist organization, we would not designate it as an fto [Foreign Terrorist Organization] and [specially designated global terrorists].”

U.S. sources reported that Saudi Arabia and Israel increased pressure on President Trump to declare Ansarallah a terrorist organization and place sanctions on it before the end of his presidential term. These countries have ample reason to be concerned about Houthi activity. Saudi Arabia shares a border with Yemen, and Israel is a prime target of Iranian attacks. Along with the threat of Houthi forces using long-range missiles and precision drones against Israel, there is also the threat of Houthi naval mine and explosive boat attacks on Israeli ships transiting in the Red Sea and the Bab el-Mandeb Strait, attacks the Houthis have already successfully deployed against Saudi Arabia.

In October, Iran appointed Hassan Irlu, a senior officer of the Quds Force of the Islamic Revolutionary Guard Corps (irgc) as its “ambassador” to the Houthis in Yemen. Irlu specializes in manufacturing and launching ballistic and anti-aircraft missiles. Earlier this month, Irlu declared in a speech, “Yemen is the beating heart of the resistance front and the upper hand of the axis of opponents and the hope of the world. Yemen has stubbornly failed and withstands the enemies and sieges the plans of imperialism and Zionism.”

Irlu’s presence in Yemen adds fuel to the ongoing fires of war. His past activities for irgc-Quds Force recruitment, close ties to the former Iranian terrorist mastermind Qassem Suleimani, and his known years-long support of the Houthis makes him a threat to Saudi Arabia and Israel. In December, the U.S. designated Irlu a terrorist operative. While U.S. sanctions may slow the progress, Iran’s move in posting a senior officer of the Quds Force in Yemen shows its deep-rooted ambition to maintain control of this country’s north.

In Libya and Ethiopian in Prophecy,Watch Jerusalem editor in chief Gerald Flurry writes:

Iran is deeply entrenched in Yemen. While not as intimately tied to Iran as the Shia militias, Hezbollah or other terror groups, the Houthis have Iran to thank for the ongoing stand against the Saudi-backed government. Iranian weapons, training and aid provide the Houthis the chance to stand up to Saudi air strikes and otherwise superior forces. This benefits Iran by establishing a southern front against the Saudis, while simultaneously tightening the chokehold on the Bab el-Mandeb Strait.

The Bab el-Mandeb connects the Gulf of Aden and the Arabian Sea to the Red Sea and is only 18 miles wide. It is the chokepoint between the Horn of Africa and the Arabian Peninsula. In 2018, an estimated 6.2 million barrels per day of crude oil, condensate and refined petroleum products traveled through the Bab el-Mandeb Strait, and Suez Canal bound for Asia, Europe and North America. If the strait were blocked, oil tankers would be forced to instead steam all the way around the southern tip of Africa. That move alone would increase transit times and shipping costs, raising the price of oil and affecting the global economy.

Control of the Bab el-Mandeb means tremendous geopolitical power. That’s exactly why Iran continues to support the Houthi rebels in Yemen. Iran’s strong presence there reveals its ultimate goal: to control shipping through the Red Sea.

The new designations by the U.S. demonstrates the Trump administration’s ongoing maximum-pressure policy against Iran. But even with these efforts, Iran’s strategy to control the waterways between the Persian Gulf and the Mediterranean is dangerously close to completion. To understand where these events are headed, read “Libya and Ethiopia Reveal Iran’s Military Strategy,” as well as “The Houthis and Iran’s Red Sea Strategy.”