Al Qaeda Bows to the King of Radical Islam 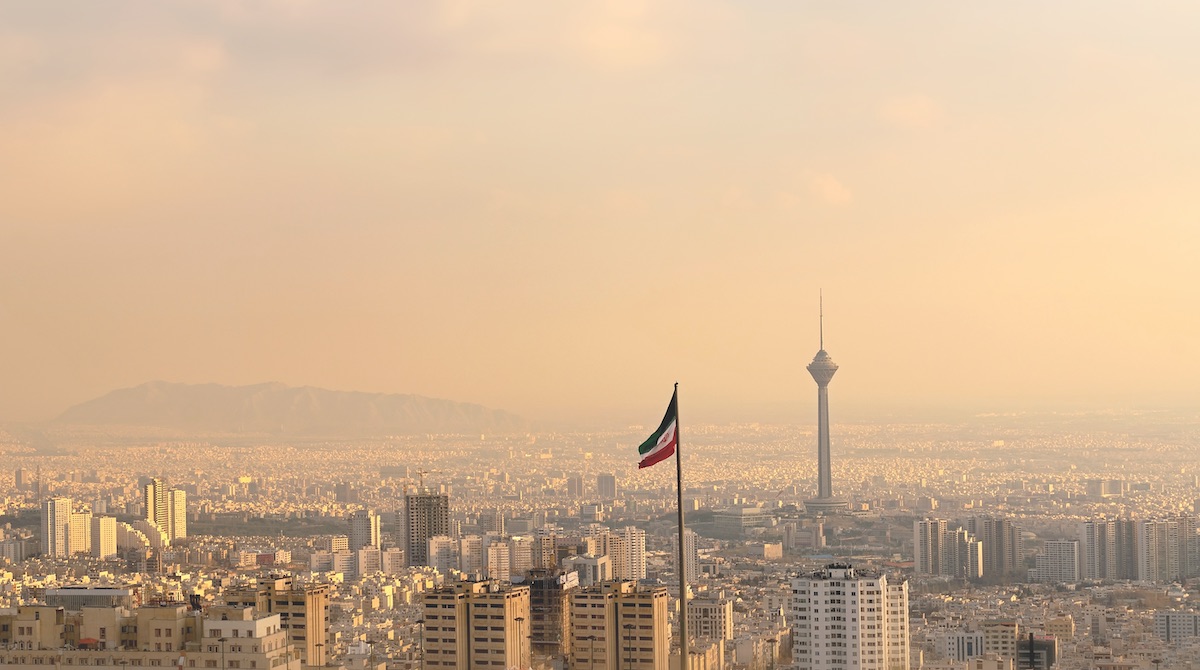 On the evening of Aug. 7, 2020, Lebanese Prof. Habib Dawoud was driving his car through the bustling streets of Tehran. In the vehicle with him was his 27-year-old daughter, Maryam. As Dawoud approached a set of traffic lights, two men on a motorcycle pulled alongside the car. The rider pulled out a silenced pistol and fired five shots through the window. Both Dawoud and Maryam died immediately. The assassins fled into the night, leaving the bullet-holed car idling in the street.

The killing occurred in tandem with a series of explosions at key Iranian nuclear facilities. The murder of the Lebanese academic and his daughter soon faded from the headlines. But not before curious journalists had a chance to dig into the background of the victims and discovered one glaring problem: Habib Dawoud didn’t exist.

In his home country of Lebanon, nobody had heard of Prof. Habib Dawoud or his daughter. He had no associates. No friends. No family. It didn’t take long for the journalists to identify the actual names of the victims. The man was Abu Mohammed al-Masri, al Qaeda’s second-in-command—and one of the world’s most notorious terrorists.

For years, Masri sat near the top of the Federal Bureau of Investigation’s most-wanted list. There was a $10 million reward for information leading to his capture. He was responsible for the 1998 United States Embassy bombings in Kenya and Tanzania that left 224 dead. His own death came on the anniversary of those attacks.

The female in the car was not only Masri’s daughter, she was the widow of Osama bin Laden’s son, Hamza bin Laden. She was also a terrorist, and therefore a target of the assassin’s bullet.

Iran is no stranger to assassination and spycraft. But what makes this case unusual is the cover-up. Al Qaeda refused to disclose the news for months; it only admitted to its loss in December. Iran also buried the news of the assassination, and even now denies the allegations. Why would al Qaeda and Iran push the narrative that Masri was a Lebanese professor?

In some respects, Masri’s presence in Tehran isn’t surprising. Iran is the number one state sponsor of terror in the world. It shares borders with Iraq, Afghanistan and Pakistan, and is ideal for sheltering and transporting terrorists. It is common knowledge that Iran aids and abets al Qaeda operatives. On the other hand, Masri was part of al Qaeda’s old guard and one of its original founders. This top-tier al Qaeda leader lived and operated in Iran with impunity. This could only happen with the sanction and support of Iran’s highest leaders.

It makes you wonder: How deep does Iran’s relationship with al Qaeda go?

For years the general consensus among experts has been that al Qaeda and Iran are more competitors than allies. The relationship is widely considered to be like that of oil and water. Iran is Shiite; al Qaeda is Sunni. Each considers the other to be religious heretics. The only tenuous thread binding the two is a shared hatred of the West.

But that preconception is wrong. The fact that al Qaeda’s second-in-command was allowed to live in Tehran, the fact that Masri and his daughter were given fake names, the cover-up of Masri’s murder—all suggest the relationship is tighter than most people appreciate.

In a January 12 speech, U.S. Secretary of State Mike Pompeo stated, “Al Qaeda has a new home base: [the] Islamic Republic of Iran.” This is not a small development: One of the world’s most feared and dangerous terrorist groups, one that was once hiding in the caves of mountainous Afghanistan, is now operating from Iran.

In his speech, Pompeo presented evidence of the long-standing Iran-al Qaeda alliance, including a letter written by Osama bin Laden in 2007. “Iran is our main artery for funds, personnel and communication,” he wrote. At the time, the U.S. government knew Iran and al Qaeda were colluding. But American officials believed it was merely a case of “the enemy of my enemy is my friend.” They assumed the partnership was weak, bound largely by a shared hatred of the West.

We now know that five years ago, the partnership turned into a far stronger alliance, one in which Iran is the clear head and calls the shots. “Everything changed in 2015,” stated Pompeo, “the same year the Obama administration and the E3—France, Germany and Britain—were in the middle of finalizing the [nuclear deal]” (emphasis added throughout).

At that time, “Iran decided to allow al Qaeda to establish a new operational headquarters on the condition that al Qaeda operatives abide by the regime’s rules governing al Qaeda’s stay inside the country. Agency and control.” Since 2015, al Qaeda has moved its command center to Tehran, where it is allowed to roam freely, to make money, to control cells around the world. Pompeo even noted that the Islamic Revolutionary Guard Corps provides logistical support, such as travel documents and passports, to al Qaeda operatives.

“I would say that Iran is, indeed, the new Afghanistan
—as the key geographic hub for al Qaeda—but it’s actually worse,” Pompeo added. “Unlike in Afghanistan, when al Qaeda was hiding in the mountains, al Qaeda today is operating underneath the hard shell of the Iranian regime’s protection.” This is an alarming new reality, one that few in the West truly understand.

The Head of the Terrorist Snake

It is in Iran’s best interests to have the world believe it has no relations with Sunni terrorists, especially al Qaeda. Ever since the Sept. 11, 2001, terrorist attacks that targeted New York City and Washington, D.C., al Qaeda has been synonymous with evil. Most Americans have no idea about the religious differences between a Sunni terrorist and a Shiite terrorist, but every American knows al Qaeda is evil. If Tehran wants to make deals with America, it knows that it cannot be seen to be cozy with al Qaeda. The same applies to Iran’s supporters in America. This is why the Obama administration, when it negotiated the nuclear deal in 2015, turned a blind eye to the evidence suggesting Iran was close to al Qaeda.

But the mounting pile of evidence that culminated in Pompeo’s speech shows that, in effect, Iran is al Qaeda and al Qaeda is Iran. As Pompeo noted, while Iran might not yet be in total control of al Qaeda, it is clearly the leader in the relationship. This is a hard reality for many in the West to accept. It would mean acknowledging that Tehran’s influence is far broader than people are aware.

In his speech, Pompeo noted that Iran is growing its presence in Sunni-controlled north and east Africa. In places like Somalia, Sudan, Libya and the north Saharan region of Africa, places where al Qaeda is well established, Iran is quickly becoming a major power. Thanks to its relationship with al Qaeda, Tehran has immediate and far-reaching influence in these areas.

While Iran’s relationship with al Qaeda seems unlikely (due to their apparent fundamental religious differences), it is entirely consistent with Bible prophecy. For more than 30 years, Watch Jerusalem editor in chief Gerald Flurry has explained the dramatic prophecy in Daniel 11:40-45.

“All indications point to Iran as the nation that produces the king of the south,” Mr. Flurry writes. “Since the early 1990s, we have believed and taught that Iran would lead the radical Islamist world and be the king of the south. Today, Iran is ‘king’ in the Middle East.”

This prophecy actually describes a gigantic clash between an Iran-led radical Islamist entity and a German-led European superpower (the “king of the north”). This clash, which is initiated by Iran and radical Islam, results in Tehran and its allies being annihilated. But that isn’t the end of the matter. Verses 41-45 show that this confrontation sets in motion other tragic and painful battles—battles that disturb all humanity and actually culminate in the arrival of the Messiah!

When you understand this prophecy, you can better realize how dangerous the Iran-al Qaeda alliance is. This is not a benign or innocent partnership. This is a dangerous and alarming development, and one that prophecy says will produce earthshaking ruin and suffering—followed by the greatest, most wonderful event in human history!