Will the America-Israel Alliance Survive the Biden Administration?

If personnel is policy, Israel is about to be on the receiving end of Obama’s third term.
By Brent Nagtegaal • February 2 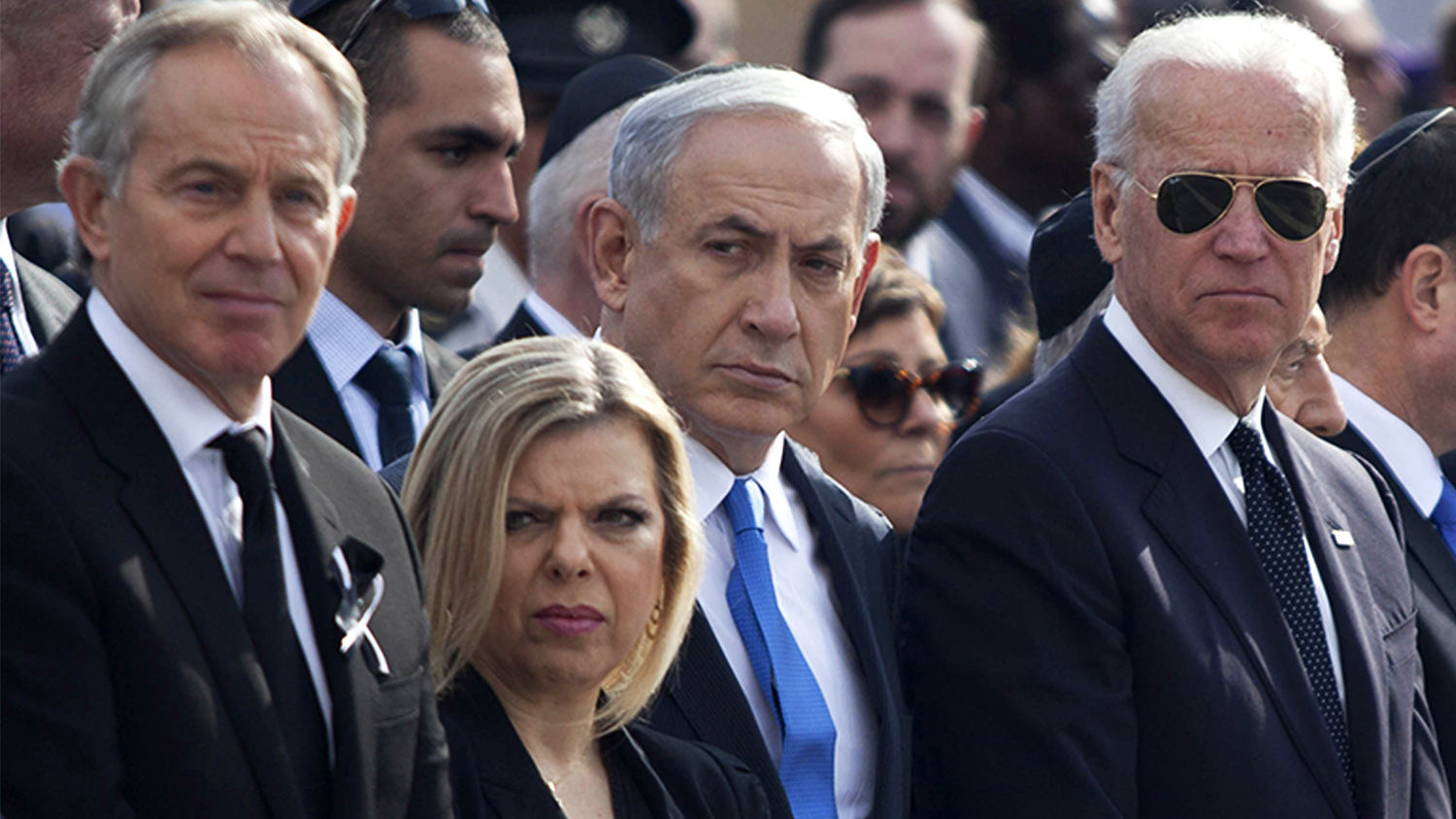 Jerusalem
Americans have long recognized a fundamental brotherhood that exists between the State of Israel and the United States. The view that Israel has a right to exist in its historic homeland, and should be supported by American power as it faces calls for its destruction, is shared by most American voters. And yet, for the last 12 years, instead of being a unifying force among America’s political class, support for Israel has caused immense contention.

For the last four years, President Donald Trump led the most pro-Israel administration in American history. Before him, President Barack Obama led the most destructive. Now, with Joe Biden taking office, there is every indication that the pendulum will swing once more.

When there are no fruits to show so early in an administration, it is political appointments that reveal where the government policy is heading. For Israel, several of Biden’s picks show that a potentially cold, dark four years are just beginning.

Bitar is a Palestinian American whose history of activism against the State of Israel is well known. As Glick related, Bitar “was a former leader of the anti-Semitic, Muslim Brotherhood-aligned Students for Justice in Palestine.” In that role, he organized campaigns to delegitimize Israel and once chaired a conference where “participants discussed how to indoctrinate Christians to believe that Israel has no right to exist.”

Crucially, Bitar made his splash into politics when he formed a role inside the Obama administration as the Israel-Palestinian officer on the National Security Council. He was also a deputy to Samantha Power, Obama’s United Nations ambassador who presided over Obama’s parting shot at the State of Israel, refusing to veto a powerful anti-Israel resolution at the UN Security Council a month before Obama left office.

And now Bitar will be holding one of the most powerful positions in the American intelligence community, despite his complete lack of history in the intelligence field. He will ostensibly decide which intelligence is shared with the president. And as Biden’s gatekeeper, he will also determine priorities for intelligence operations and collections. As a former National Security Council member told Glick, Bitar will “control the information everyone sees. And by controlling the information, he controls the conversation.”

Normally, this role is reserved for intelligence officials with a history of dealing with highly sensitive information. Now it is going to a political activist whose main claim to fame is delegitimatizing Israel.

But Bitar is not the only worrying choice for Israel.

Several others from President Obama’s Israel-hostile staff have joined Biden’s team, particularly those who were involved in negotiating the Iran nuclear deal. John Kerry, Jake Sullivan, Wendy Sherman, William Burns are just a small sampling of Obama’s nuclear deal team who have made it over to the Biden administration. These people who empowered Iran once are no doubt calling for Iran to be empowered again.

While the details of the nuclear deal are often lost on Americans, not one American ally in the region thought the nuclear deal was a good idea when it was implemented in 2016. Five years later, that consensus hasn’t changed.

In fact, there is even relative agreement among many in the Washington think-tank class who are against rushing into a new deal with Iran. Former Obama official Dennis Ross recently admitted that the Trump administration’s “maximum pressure campaign has certainly created leverage that should not be discounted,” advising that “Biden should consider seriously the elements of his predecessor’s approach worth keeping.”

Nevertheless, Biden’s picks show that he wants a deal with Iran.

Nothing highlights just how desperate he is to empower the fanatical regime in Tehran like the appointment of Robert Malley as his special envoy to Iran.

Naturally, Malley is another Obama veteran. In 2008, he was called in as candidate Barack Obama’s foreign policy adviser. However, when it was made public that Malley had met with leaders of the Hamas terrorist group, he was dropped from the team so as to not be a hindrance to Obama’s election hopes. True to form, Malley returned to Obama’s team after the 2012 election when his ties to terrorists wouldn’t hurt at the ballot box. In 2014, he became Obama’s senior director of the National Security Council (the position now held by Bitar). In 2015, he became Obama’s lead negotiator for the nuclear deal.

His return is a sure sign that Iran can expect another favorable deal. As Jonathan Tobin wrote last month, Malley is “Iran’s ideal candidate for the position for American envoy.” Republican Senator Tom Cotton also deplored the choice of Malley, tweeting, “Malley has a long track record of sympathy for the Iranian regime & animus towards Israel. The ayatollahs wouldn’t believe their luck if he is selected.”

It’s deeply troubling that President Biden would consider appointing Rob Malley to direct Iran policy. Malley has a long track record of sympathy for the Iranian regime & animus towards Israel. The ayatollahs wouldn’t believe their luck if he is selected. https://t.co/caxHhiXjKn

Lucky for Iran, Malley was selected.

But not lucky for Israel. His appointment proves that Israel can expect another American deal with Iran. But not a better deal. Iran has said that it expects the U.S. to undo President Trump’s financial sanctions and reimburse Iran billions of dollars in lost revenue—and that is just the beginning. With Obama’s man leading Biden’s Iran negotiations, it’s easy to see Iran getting exactly what it wants.

That the Biden administration would so quickly head back into a deal with Iran is unsurprising considering how critical the deal was to President Obama. As Watch Jerusalem editor Gerald Flurry showed in his article “The Barack Obama Mystery,” the Iran nuclear deal was not a mistake by the Obama administration where it was fooled by Tehran’s negotiators into accepting a bad deal. Instead, the deal was a deliberate attempt to empower Israel’s chief enemy. It was motivated by President Obama’s deep hatred for the Jewish state. In fact, as Mr. Flurry proved, Obama’s successful efforts to remove President Trump’s national security adviser, Gen. Michael Flynn, revolved around Obama’s desire to continue empowering Israel’s enemy through preserving the nuclear deal.

Michael Flynn aside, President Trump was still able to pause those wicked purposes by exiting the nuclear deal and inflicting suffocating sanctions on the Iranian regime. He also rectified Obama’s horrific treatment of Israel by a series of decisions that promoted Israel’s strength and security. In a sense, President Trump’s administration saved the state of Israel from Barack Obama’s destructive designs.

Following President Trump, many Israelis hope that a Biden administration would stabilize the alliance. No one expects him to show the same favor toward Israel as President Trump. In fact, many Israelis would be happy with a little less attention on the world scene right now. Israel would be satisfied with a “normal” American president like George Bush or Bill Clinton.

But that is not going to happen.

Biden’s personnel choices show that his policy toward the Jewish state will be the same as Barack Obama’s.

This should be a worrying proposition for the State of Israel, but not one that is without hope. As Mr. Flurry wrote in his recent feature, “Why I Still Believe Donald Trump Is Coming Back,” there will be a return of Mr. Trump’s leadership. As Mr. Flurry noted in that article, God has used the unusual presidency of Donald Trump to temporarily save the United States. By extension, God has preserved the brotherhood with the State of Israel.

The bond between America and Israel is founded in biblical history, both nations being modern descendants of the ancient Israelites. Because of that shared biblical history, Israel now finds itself in the cross hairs of American’s own culture wars. One side wants to fundamentally change America and with it crush its connection to Israel; the other side wants to preserve America’s heritage and guard that brotherhood.

Based on biblical prophecy, we know that America and Israel will be saved from the destructive forces. But this saving is only temporary. It is a brief window of time that God is giving so that our nations can wake up to the shared biblical history—and return to the shared God of Israel.