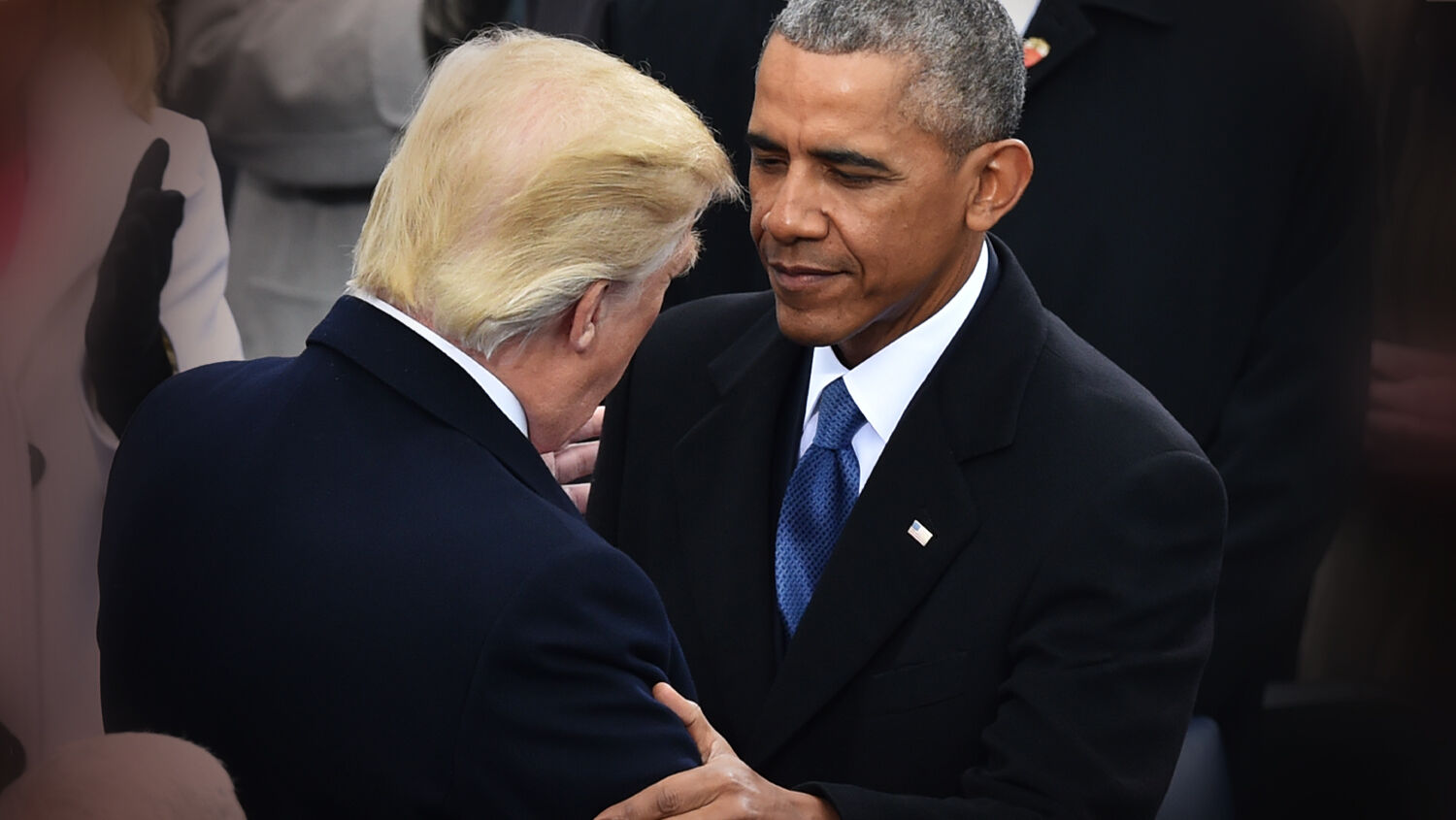 President-elect Donald Trump is greeted by US President Barack Obama as he arrives on the platform of the U.S. Capitol in Washington, DC, on January 20, 2017, before his swearing-in ceremony to be the 45th president of the U.S.
PAUL J. RICHARDS/AFP VIA GETTY IMAGES

During Barack Obama’s final days in office, he talked a lot about a smooth transition of power. Yet he was secretly working to disrupt and inhibit that transfer of power. He wanted to retain whatever power he could, undermine the incoming Trump administration, and destroy its ability to undo what he had done.

Early on, Obama and his men employed the Logan Act. The threat of this obscure, probably unconstitutional, law that forbids private citizens from discussing foreign policy with foreign governments was their weapon. Michael Flynn was their target.

Flynn had conversations with Russian Ambassador Sergey Kislyak, which, as some have pointed out, is not terribly unusual for an incoming high-ranking member of a presidential administration. But Obama personally directed an illegal investigation against Flynn that, among other things, tapped his phone conversations. Then, on Jan. 5, 2017, Obama called a meeting with Vice President Joe Biden, Deputy Attorney General Sally Yates and his top security chiefs: Central Intelligence Agency Director John Brennan, Director of National Intelligence James Clapper and Federal Bureau of Investigation Director James Comey.

According to handwritten notes by fbi deputy assistant director Peter Strzok, Comey told him that at this meeting, Obama said he knew details about private conversations between Flynn and Kislyak, and Biden suggested they use these details to prosecute Flynn for violating the Logan Act.

You have to wonder if they thought it would work. No one in American history has ever been convicted of violating the Logan Act. Only one has even been indicted. Members of incoming administrations have conversations with representatives of foreign governments all the time. But the propriety of the law itself was not the point. The point was, Can we use it as a weapon?

fbi agents later interviewed Flynn for the purpose of entrapping him, Obama’s cohorts leaked details about Flynn’s phone conversations to the press, accusations flew about violating the Logan Act, they threatened Flynn’s son, and finally they created a scandal big enough to force Flynn out of the national security adviser’s office and into a guilty plea for lying to the fbi.

As investigative journalist Lee Smith pointed out, the intrigue against Flynn that these Obama acolytes committed was designed to stop him and President Trump from undoing something the Obama administration had pushed through a year prior.

They were protecting the Iran nuclear deal.

They were protecting the Joint Comprehensive Plan of Action that had gone into effect on Jan. 16, 2016. That compromise with Iran and several other world powers saved the Iranian regime, massively empowered it by removing effective sanctions, and disastrously weakened the United States—and Obama knew it.

The Biden campaign used the same type of duplicitous, backchannel negotiations to sabotage Donald Trump’s efforts to undo the Iran deal while he was the sitting president of the United States. According to the Washington Times, Robert Malley met with Iranian Foreign Minister Mohammed Javad Zarif to undermine President Trump’s administration while he was in office and running for reelection. Malley, who was Obama’s Middle East adviser, was preparing the groundwork for a future Biden administration to directly destroy the Iran policy of the Trump administration. Malley’s negotiations were made possible by the strong network of allies in Iran that Obama’s secretary of state, John Kerry, and other Obama administration officials had cultivated in connection with the nuclear deal.

Not only were these Obama operatives private citizens who were discussing foreign policy with foreign governments, they were forming a shadow government working against the legitimate government in order to empower the mullahs in one of America’s worst enemies!

On May 9, 2019, President Donald Trump noted what a terrible double standard it was that John Kerry talked to Iran all the time yet was never prosecuted for violating the Logan Act. “What I’d like to see with Iran, I’d like to see them call me,” the president said. “John Kerry speaks to them a lot, and John Kerry tells them not to call. That’s a violation of the Logan Act, and frankly he should be prosecuted on that.”

It’s far more treacherous than just a violation of the Logan Act!

But radical leftists actually believe that they are above the law. They openly believe that laws all the way up to the constitution itself can be reinterpreted, manipulated, ignored and broken. What matters is whether they get away with it. A case in point is the plot against General Flynn: use the Logan Act to entrap a man who might expose how you advanced your agenda, then violate it openly to further advance your agenda.

Part of that agenda is a hatred for America that is so strong they would rather break the law to work with Islamist Ayatollah Ali Khamenei than keep the law and not commit treason by actively undermining the sitting president of the United States.

What if Donald Trump’s former secretary of state, Mike Pompeo, began backchannel negotiations with representatives of a foreign government—let alone one of America’s most hateful enemies? You know the Democrats in politics and the press would instantly flip the switch back to “uphold the Logan Act” mode.

To them, the law is neither constant nor absolute. Their agenda is. Their will is.

The double standard of lawless American elites is breathtaking, yet it was prophesied.

The late Herbert W. Armstrong proved in his most popular book, The United States and Britain in Prophecy, that the English-speaking peoples of the world largely descended from the ancient Israelites. And the Prophet Isaiah foretold that God would send a foreign nation against end-time Israel because of their double standards and moral hypocrisy.

“O Assyrian, the rod of mine anger, and the staff in their hand is mine indignation. I will send him against an hypocritical nation, and against the people of my wrath will I give him a charge, to take the spoil, and to take the prey, and to tread them down like the mire of the streets” (Isaiah 10:5-6).

The radical left’s sanctimonious attacks on Michael Flynn for doing something similar (but far less egregious) to what John Kerry did during the four years of the Trump administration show why God would use that terminology. America is indeed a nation mired in hypocrisy and sin!

For a deeper understanding of the dangerous roots of the radical left, and how God will eventually make America great again, please read my father’s booklet Great Again.