Peace in the Middle East: Can It Be Bought? 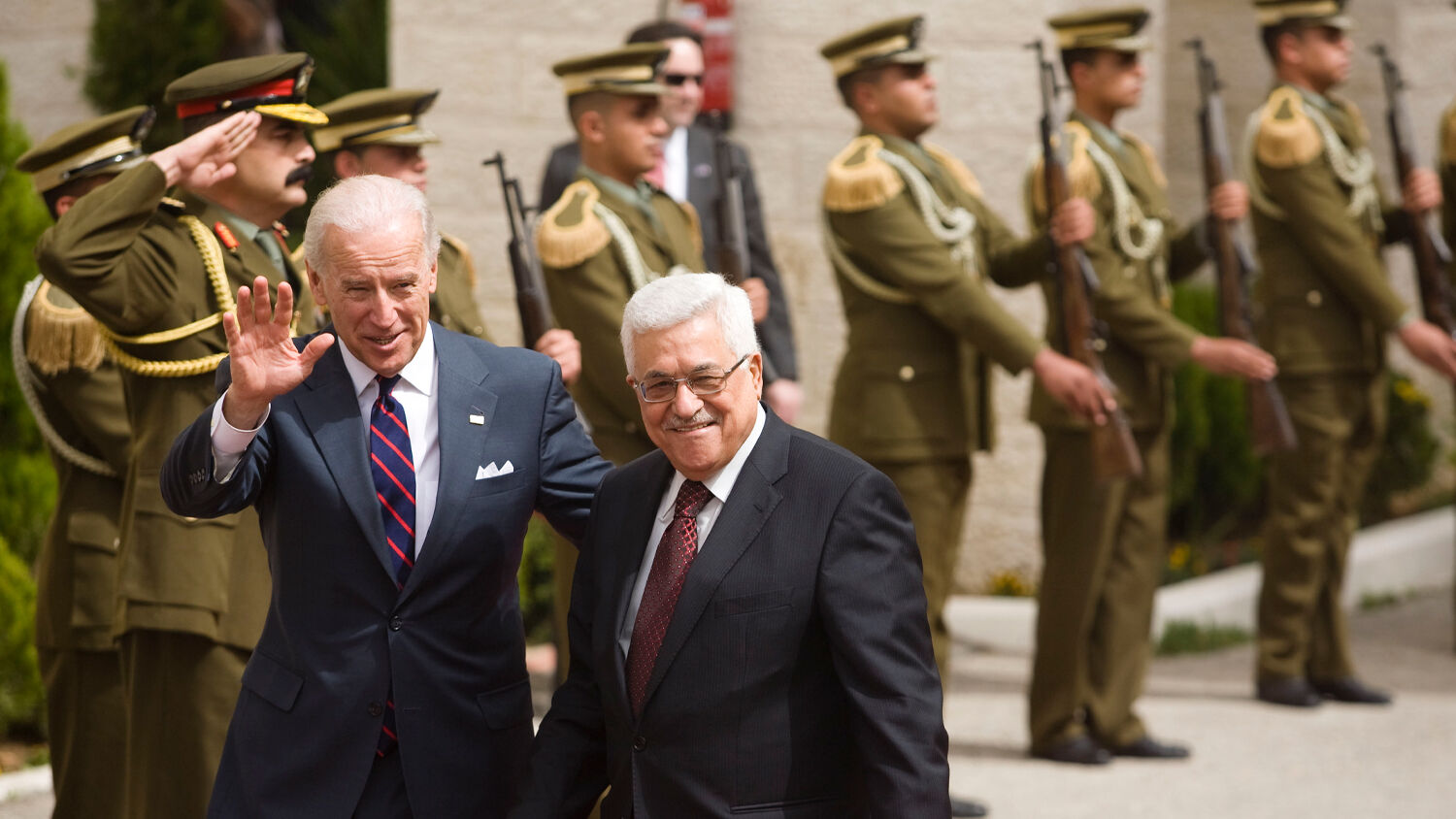 Joe Biden waves as he reviews a guard of honour alongside Palestinian President Mahmoud Abbas prior to their meeting on March 10, 2010 in Ramallah, West Bank.
URIEL SINAI/GETTY IMAGES

In 2018, the Trump administration stopped funding for the unrwa over the Palestinians’ refusal to engage in peace efforts. Prior to the cuts, the U.S. was the largest donor to the United Nations Relief and Works Agency for Palestine Refugees in the Near East (unrwa), giving about 30 percent of the organization’s annual budget, or about $365 million.

According to its website, the unrwa provides “assistance and protection for some 5.7 million Palestine refugees.” Since the Biden administration’s announcement, the unrwa is calling for its donors to provide $1.5 billion to help in its support of Palestinian refugees.

Mr. Price said the U.S. plans to revive its leadership in humanitarian aid and help the international community meet its humanitarian obligations, “including to the Palestinian people.”

The decision to renew financial aid to the Palestinians is a big indicator of the new administration’s strong desire for a two-state solution.

In his statement to the unsc, Mr. Mills said that the Biden administration believes that renewing financial aid to the Palestinians “remains the best way to ensure Israel’s future as a democratic and Jewish state, while upholding the Palestinians’ legitimate aspirations for a state of their own and to live with dignity and security.”

“It is the hope of the United States,” he went on to say, “that normalization can proceed in a way that unlocks new possibilities to advance a two-state solution.”

President Donald Trump’s administration supported Israel, recognized Jerusalem as the nation’s capital, and moved the U.S. Embassy from Tel Aviv, while it stopped financial aid to the Palestinians. The Trump administration also closed the Palestine Liberation Organization in Washington in 2018, halting Palestinian diplomatic missions to the U.S.

The Biden administration, on the other hand, is seeking to build up the Palestinians in hopes that both sides can agree to a two-state solution. But that has never worked.

The Palestinians currently plan to go to the International Criminal Court (icc) to accuse Israel of war crimes. Many are wondering if the U.S. will make financial aid contingent on the Palestinians not taking their case to the icc. When asked about this in a February 11 press briefing, Price said that the U.S. is “in the process of determining how to move forward with the resumption of that assistance, consistent with U.S. law, consistent with our interests. We are going to make it contingent on our values and our interests.”

Both Mills and Price emphasized that the Biden administration wants both Israelis and Palestinians to avoid unilateral steps that will make a two-state solution harder.

“Now is the time to heal and repair the damage left by the previous U.S. administration,” Palestinian Foreign Minister Riad Malki said shortly before Mills spoke at the unsc Open Debate. “We look forward to the reversal of the unlawful and hostile measures undertaken by the Trump administration and to working together for peace.”

Despite Israel’s many compromises for peace over the years, including giving the Sinai Peninsula, Gaza Strip and the West Bank to the Arabs, Israel is still under attack.

Not long ago, the Middle East was close to peace when Egyptian President Anwar Sadat and Israeli Prime Minister Menachem Begin met with U.S. President Jimmy Carter for the Camp David Accords. The late educator Herbert W. Armstrong praised the Camp David Accords and the men who were behind them. He recognized the tremendous courage needed to take these steps, and he supported President Sadat’s plans to build a “World Peace Center” in the Sinai. These plans for peace were cut short, however, when President Sadat was assassinated in 1981. This history stands as a powerful example of peace that was given to this world for a very short period of time.

The Biden administration wants to renew aid to the Palestinians in hopes of a peaceful two-state solution, but history has shown that the two-state solution is anything but peaceful. For more information about how this region and the entire world can and will experience true peace, please request your free copy of our booklet The Way of Peace Restored Momentarily.