The Importance of Context

An archaeology principle for everyday life
By Christopher Eames • March 10 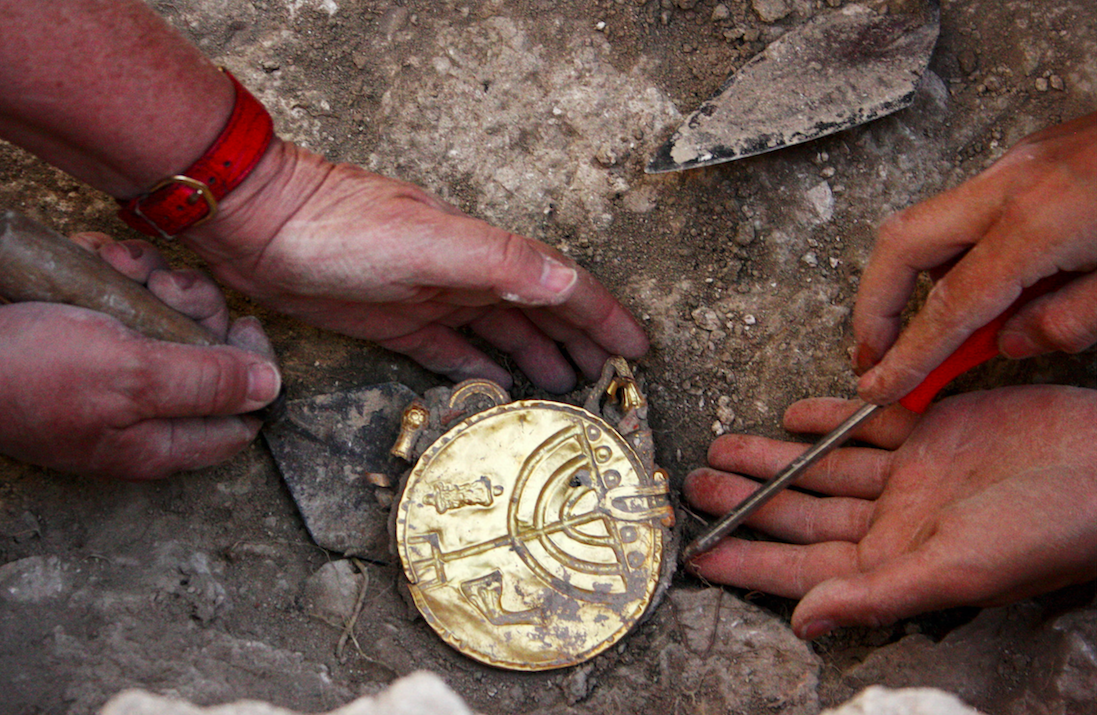 Mention the word archaeology, and if you’re like me, Indiana Jones is one of the first things you think of. That’s funny, because to any “proper” archaeologist, Dr. Jones is, dare I say, an abhorrence—more of a grave robber.

What is the problem with him? Context.

Context is an archaeologist’s best friend. Without context, most finds, if not all, are of lesser (or even worthless) value. Context is something that Dr. Jones largely ignores (for the sake of keeping the movies interesting, I suppose). Yet it is a principle that archaeology is built upon! And it is also one principle that our lives are built upon.

Let me illustrate. You may remember a highly-publicized discovery made by Dr. Eilat Mazar in 2015—that of Hezekiah’s bulla. It is a fascinating artifact that documents the names of two important father-son kings of Judah: Ahaz and Hezekiah. Touted as the first such excavated seal stamp of its kind belonging to a Judahite king, it is further astounding scientific proof of the veracity of the Bible.

But did you know that a number of these Hezekiah bullae had already been found? That’s right—other bullae of Hezekiah already existed, bearing the same motifs. What, then, makes Dr. Mazar’s so special—the first such discovery of its kind?

These other bullae were part of a large number of items that show up on the “antiquities market” from time to time. They are bought and sold, and many of them may well be legitimate—but nobody knows where they came from. Nobody knew if Hezekiah’s earlier bullae were authentic! They were not excavated from the ground scientifically. Therefore, for such items, doubts exist. Full significance cannot be attributed to them, because we don’t know if they are real or not! They were not found in context. (With the miracle of modern technology, however, scientists are only now finding ways of being able to prove the legitimacy of antiquities market bullae.)

Archaeology is all about finding “stuff” and being able to provide a date for it. This date for an item is proven by the context of the ground it was found in. Another of Dr. Mazar’s impressive finds is The Large and Stepped Stone Structure, known more informally as “King David’s Palace.” But how was Dr. Mazar able to attribute it to David’s reign—or more generally, the 10th century b.c.e.? Earlier speculations had attributed the structure from the Jebusites all the way to the Hasmonean period, some 1,000 years later. The date certainly wasn’t inscribed on the stones! She used the context of the carefully excavated soil layers relating to the structure to provide that date.

One of the chief ways to find the date of these soil layers is through pottery reading. The shape, design, and materials that pottery is made out of reveal very specifically the time period to which they belong. You could say pottery is very much like the cars of today—it’s pretty easy to tell what year a certain model of car belongs to based on the design. The same is true with pottery, which over time changed in popular styles. Over the last century, archaeologists have collated a huge record of different pottery types that belong to different periods. Persian-period pottery. Herodian pottery. Byzantine. Islamic. And relating to the biblical kingdom of Israel, we have in simple form Iron i (basically the time of the Judges), Iron iia (united kingdom of Israel), and Iron iib (divided kingdom to Jerusalem’s destruction—this period is sometimes divided further, into Iron iic). Carbon dating organic remains is another common way to find a date for surrounding contextual material.

David’s Palace was dated by the soil relating to it, containing Iron iia pottery—as well as organic, carbon-datable remains. This soil was the context. Without this context, the structure would be of a lot less worth—it could just as well have been a Herodian structure, a thousand years younger. The Indiana Jones method of “yanking stuff out of the ground” destroys any evidence of context associated with the find—and thus makes his efforts far more futile. (Although if we had arrows, boulders, savages, quicksand, Nazis or kgb agents coming at us while we were digging, I’m sure we too would probably be a lot more quick about pulling stuff out of the ground!)

You get the picture. And context isn’t just important in archaeology. It is an important principle in everyday life. Events, comments and conversations taken out of context can be interpreted completely the wrong way—just like archaeological finds. They can be extremely damaging, and on a national scale, can even be the cause of war!

Here’s another example of the danger of a lack of context. I was looking for evidence on a certain ancient writer’s reliability and accuracy as a historian. One author, seeking to prove this individual’s credibility as a historian, quoted a source saying he “ranks among the leading writers in world literature.” It sounded good! I searched the original source for additional material and found that the very next sentence read: “Not so, however, is his merit as a historian.” This original source had been taken completely out of context by an author wanting to “prove” completely the opposite point! Seeing the original context showed reality. When an archaeological artifact, a quote, a scripture, or a comment is taken out of context, then it can be practically worthless—or bordering on deceit. But when it is preserved and provable in context, that is when it becomes precious and conveys real meaning!

This theme of context, digging below the surface and properly proving something, is carried throughout the Bible itself: “[P]rove me now herewith, saith the Lord of hosts …” (Malachi 3:10, King James Version). “Come now, and let us reason together, saith the Lord” (Isaiah 1:18).

“The words of the wise are like goads, their collected sayings like firmly embedded nails” (Ecclesiastes 12:11, New International Version). What value is a nail, unless it is firmly embedded in its context?

The moral of the story: Context is a vital part of archaeology—but also of life in general. Don’t just take things at face value. Often, “face value” doesn’t actually have any real value! Proper context—the grubby earth around the golden artifact—gives something real worth.

Get Our Magazine Request your free subscription
to Watch Jerusalem magazine
Subscribe
Offers
The Way of Peace Restored Momentarily
A powerful and genuine example of peace was given to this world for a tiny period of time. (Was it prophesied in your Bible?) When you see how people reacted to it, you can understand why we have no real peace in this evil world. Nevertheless, we are about to have world peace in spite of man and his human nature.
Request Now