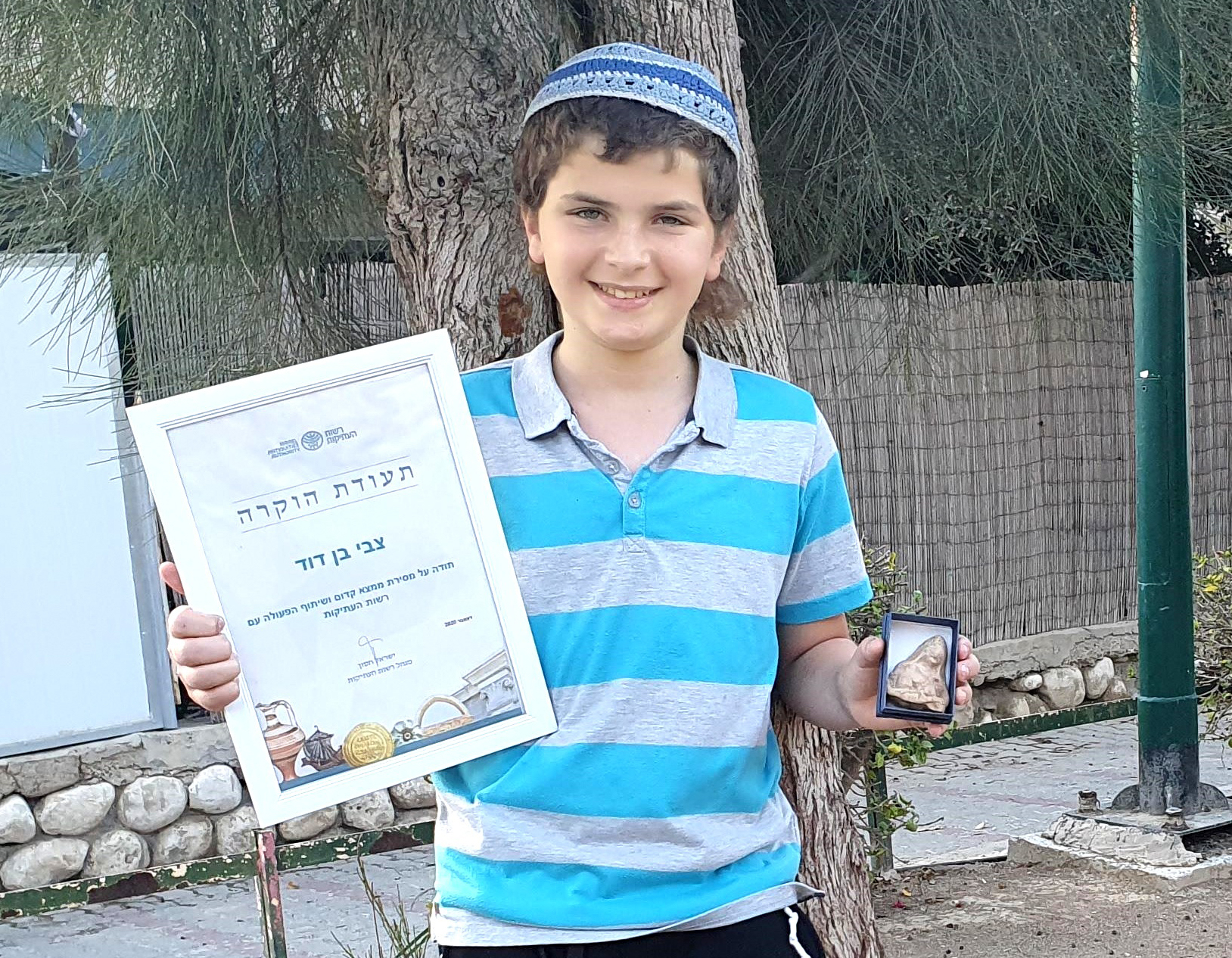 A family trip to the northern Negev region of Nahal HaBesor landed 11-year-old Zvi Ben-David more than he had bargained for. While wandering about the area last February, he noticed an unusual-shaped piece of pottery on the ground and picked it up. It was a clay female figurine.

His mother Miriam, a tour guide, recognized its importance right away and contacted the Israel Antiquities Authority.

Just released to the press today, this artifact has proven to be a very rare type of figurine—only one other example exists, also from the northern Negev. At 7 cm high and 6 cm wide, the figurine consists of the upper torso and head of a female figure with folded hands. It is especially distinct for its detailed veiling around the head and neck-scarf. The discovery has been dated to around the sixth-fifth centuries b.c.e. (the end of the Iron Age/start of the Persian period)—around the time of the Jewish return to Zion.

According to Israel Antiquities Authority experts Oren Shmueli and Debbie Ben Ami, “The figurine that Zvi discovered is rare and only one such example exists in the National Treasures collection.” They believe the amulet served as a fertility, protection, good luck or prosperity charm: “[Such] amulets provided hope and an important way of appealing for aid [i.e., in childbirth].” They are currently studying the object in conjunction with Raz Kletter from the University of Helsinki, Finland.

The object naturally brings to mind the biblical command against “graven images”—“even the form of any figure, the likeness of male or female” (Deuteronomy 4:16). The prophet Habakkuk, on the scene just prior to the time of this figurine, condemned the reliance on “dumb idols” (2:18), as did the prophet Isaiah: “Who hath fashioned a god, or molten an image that is profitable for nothing?” (Isaiah 44:10). Based on the scriptural account and archaeological record, such a reliance on amulets, charms and the deities they represented was evidently widespread in ancient Judah and surrounding regions (although this specific item is, again, rare in style).

The new discovery is a small reminder of how historically rich Israel’s homeland is. So much so, that despite the current restrictions around regular excavations, biblical-era artifacts are still being discovered right on the surface—even by the youngest in society. (I know the feeling, Zvi—I’ve found a Sekhmet figurine on the surface before—it’s exciting!)

Congratulations, and we look forward to the next discovery!