Is This Rock Art From The Exodus?

A series of peculiar stone etchings and monuments found in southern Israel that appear to parallel the Exodus account.
By Christopher Eames • March 30 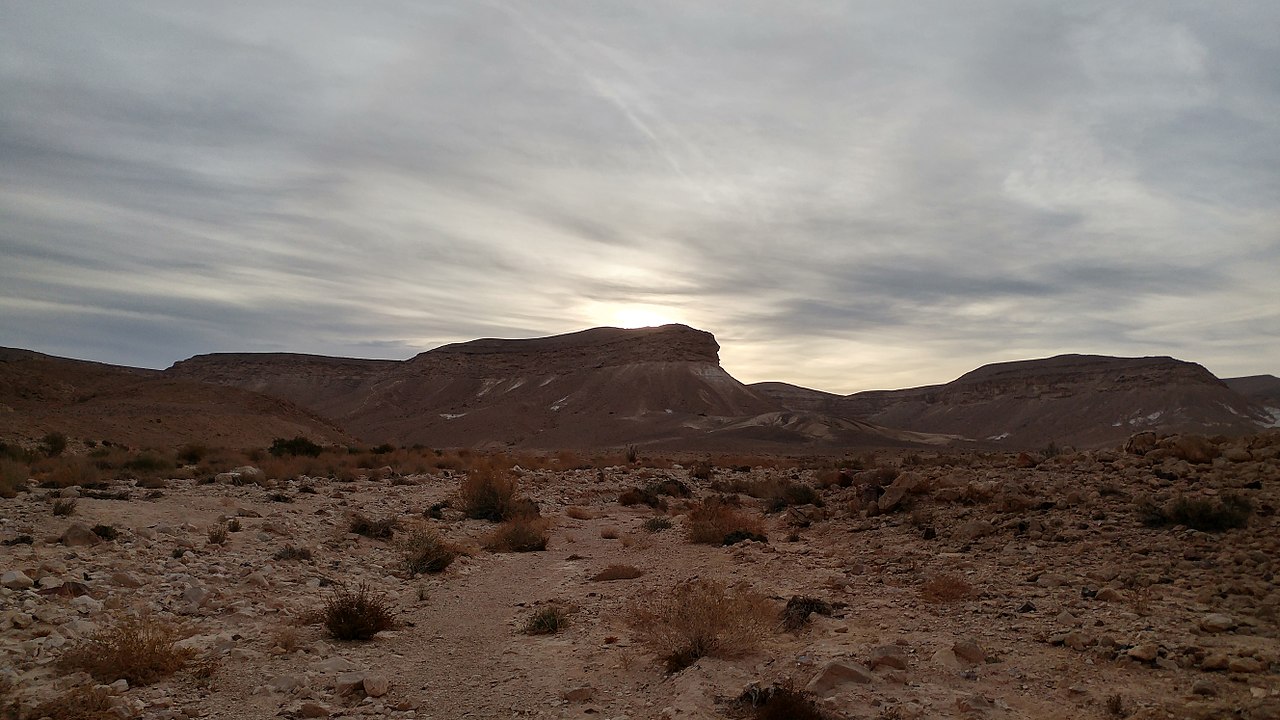 A serpent and a staff. Two tablets divided into 10 parts. A wilderness of “snakes, scorpions and lizards.” Twelve pillar stones. What do all these things have in common?

They are, of course, well-known elements of the biblical Exodus story. But they are also a series of ancient engraved images and monuments that have been found in the desert region of Mount Karkom, on the border with the Sinai Peninsula—part of an area associated with the Israelite sojourn in the wilderness.

Could it be that these images were left by the sojourning Israelites?

A Desert Museum of Art

The rock images found in this part of the southwestern Negev number in the thousands. Over several decades, they have been identified and catalogued (particularly thanks to the efforts of archaeologist Prof. Emmanuel Anati; a great article on the subject by Times of Israel journalist Sue Surkes can be read here).

More than 40,000 engravings in the area have been mapped by Anati. They cover a range of periods from the prehistoric to the present. Among the numerous rock “drawings” are several in particular identified as resemblant of the Exodus story (these and much more can be found in Anati’s book The Riddle of Mount Sinai). One such is the “staff and serpent” (pictured right), recalling Exodus 4:3: “… And he cast it [his rod] on the ground, and it became a serpent ….” This event occurred in this general territory of Midian, in which Moses served his father-in-law Jethro before returning to free the Israelites.

Another notable image is the “10 Commandments” (below), posited as a traditional-style outline of the “tablets,” subdivided into ten sections. The 10 Commandments, of course, were famously delivered to the Israelites atop Mount Sinai—again fitting with this desert-sojourn setting.

Another image depicts snakes, scorpions, and a lizard. This image is a great parallel to Deuteronomy 8:14-15, which read: “[T]he Lord thy God, who brought thee forth out of the land of Egypt … who led thee through the great and dreadful wilderness, wherein were serpents, fiery serpents [poisonous lizards] and scorpions, and thirsty ground where was no water ….” The three different creatures are depicted together atop this rock.

Finally, the following is not a rock etching but rather a rock arrangement of 12 large pillar stones (matsebot). This recalls several verses related to Israel’s sojourn in the wilderness:

And an additional, non-wilderness passage: “And Elijah took twelve stones, according to the number of the tribes of the sons of Jacob …” (1 Kings 18:31).

Clearly, the arrangement of 12 stones had special significance for the sojourning Israelites—including as related to where they camped. Could these stones have been left as part of their wilderness sojourn? Plus, there are numerous mysterious, ancient circular stone encampments dotting the region.

Of Dates and Deserts

Dating rock art is notoriously difficult—there is typically no associated pottery that can be used to date them, nor is there the normal organic material that can be used for carbon dating. Text-art is easier, as the language and style of writing is readily identifiable (and such text has been found in later inscriptions on Mount Karkom, dating to the Hellenistic and Islamic periods). But simple images are more difficult. Similarly, single-standing stones are incredibly difficult to date without surrounding contextual remains.

It is possible to get a rough sense of the deep age of rock art based on patina, the oxidization of a surface over long periods of time. In such manner, modern rock graffiti is easy to identify: The freshest etchings are a chalky white; over time, they fade to brown, become pitted and weathered, and eventually become almost indistinguishable from the rest of the rock surface. In this vein, “luminescence dating” has been used as a method of dating rock art around the world. And a Ben-Gurion University initiative, led by Yuval Goren and Ifat Shapira, is currently in the process of using manganese dating to try to establish dates for the rock art of the Negev.

For now though, exact dating remains elusive. Numerous scenes from Karkom appear to attest to a more prehistoric hunting-type setting; others have been attributed to roughly 1000 b.c.e. The deep antiquity of the above-described engravings appears evident; as such, perhaps they were images left by the sojourning Israelites, or perhaps they are something else entirely. Perhaps the scorpion-snake-lizard rock was influenced by Moses’s speech, or perhaps it predated the events, serving as a “signpost” for the part of the desert referenced by Moses in Deuteronomy 8. You may have your own theories—the mystery is one of the exciting parts of archaeology.

Whatever the case, the remote area has certainly peaked the interest of the public, with up to 15,000 people per year making the arduous journey to visit. And the overall picturesque wilderness setting is a reminder of the great sojourn that took place through there nearly 3,500 years ago.