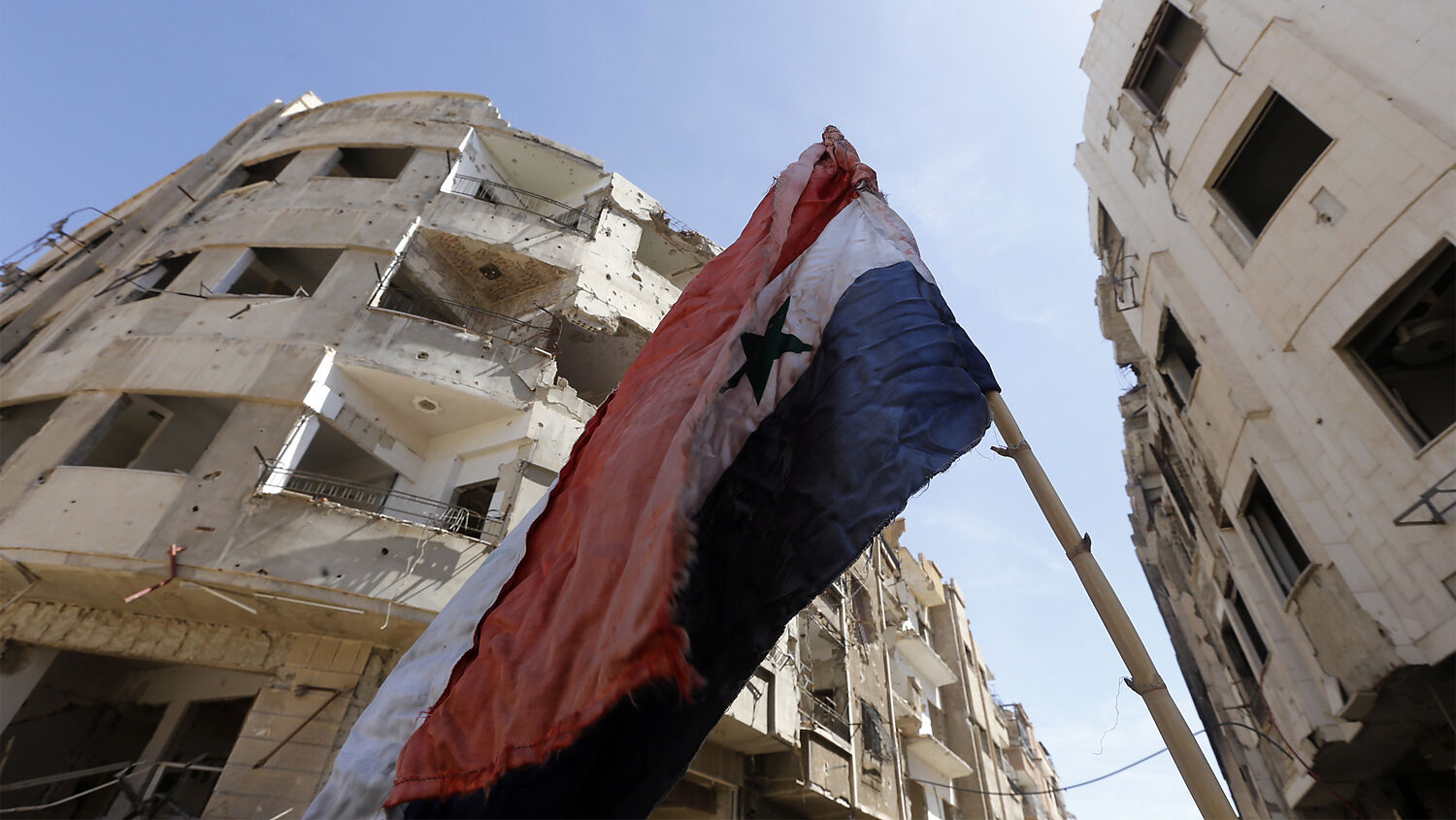 A Syrian flag flies in a destroyed street in the former rebel-held town of Jobar in Eastern Ghouta on April 2, 2018.
LOUAI BESHARA/AFP VIA GETTY IMAGES

German Foreign Minister Heiko Maas pledged $2 billion in aid to Syria at a March 30 donor conference in Brussels. This is the largest sum pledged in four years. Since 2011, Syria has been suffering a brutal civil war. The infrastructure is broken, and people lack basic supplies. In return for the loan, Germany is requiring Syria to make political changes.

Maas also stressed that German support for the reconstruction of the destroyed infrastructure in Syria is currently not under consideration. “Without a substantial political process, there will be no reconstruction,” Maas said.

The official website of the European Union noted that the Brussels conferences on Supporting the Future of Syria and the Region have, since 2017, joined the forces of the international community in support of United Nations efforts toward a political solution to the conflict. At last year’s Syria Donors Conference, organized by the EU and the UN, Germany pledged around $1.9 billion for Syria and neighboring countries in the region. In the end, as much as $2.1 billion was made available.

The government of Syrian President Bashar Assad has a strong grip on most of the country. Other areas are controlled by various rebel groups and the Kurdish militia. According to UN figures, 12.4 million people, or almost 60 percent of the population, suffer from hunger. Ninety percent of Syrians currently live in poverty. The number of people who cannot survive without food aid doubled within a year. As long as the war continues, the country will only need more donations.

The Assad regime is helpless in light of the mass reconstruction project the country needs. Maas said that Assad and his international supporters have to understand that things must change before Syria can have a future. EU Minister of Foreign Affairs Josep Borrell said:

A decade after Syrians peacefully took to the streets asking for freedom, justice and economic perspectives, those demands are still unmet and the country is in chaos. The EU and its member states have been the largest provider of support to Syrians throughout the past 10 years and continue to believe that it is for Syrians to decide on the future of their country. A future in which all Syrians will feel safe, free and have a dignified life. With the Brussels Conference, the EU has brought together, once again, the international community to reaffirm our political and financial support to Syrians and the neighboring countries and to a political solution to the crisis.

“For Germany, Syria’s revolution isn’t about a humanitarian crisis at all,” Watch Jerusalem editor in chief Gerald Flurry explained in “How the Syrian Crisis Will End.” “It’s about geopolitics and how Berlin can aggressively advance its strategic interests in the Middle East!” Both the aid and the weapons sales come with the same goal—drawing Syria out of Iran’s orbit.

This gives the struggle larger political significance. Psalm 83 and Daniel 11:40 reveal that Germany is forming a Middle Eastern alliance against Iran—and Syria is part of it. Mr. Flurry noted in his 2012 article:

What we are seeing right now in Syria is a major biblical prophecy in the process of being fulfilled! What happens in Syria will lead to mighty nations changing course and the foundations of this world being shaken!

Did you know that the book of Psalms prophesies the future of Syria? This nation is an important part of the balance of power in the Middle East, and Psalm 83 prophesies that there is about to be a dramatic, violent shift in Syria’s alliances. This will affect many nations, and ultimately lead to an all-out war breaking out all over the Earth!

This prophecy reveals the outcome of the uprising in Syria. It also exposes the key involvement of a major outside nation—something we can already see developing.

The Assad regime is currently strongly allied with Iran. Turkey and Germany oppose this alliance. After a decade of civil war, the mood in Syria has also changed. Many feel betrayed by their own government and are looking to Germany for help. By abstaining from any military involvement and by providing generous financial support, Germany is looked on favorably by the average Syrian. Bible prophecy is being fulfilled.

Mr. Flurry’s free booklet The King of the South explains in detail where this alliance between Germany and Syria is leading.