Iran is strengthening its naval capabilities while the United States turns a blind eye.
By Watch Jerusalem Staff • April 5 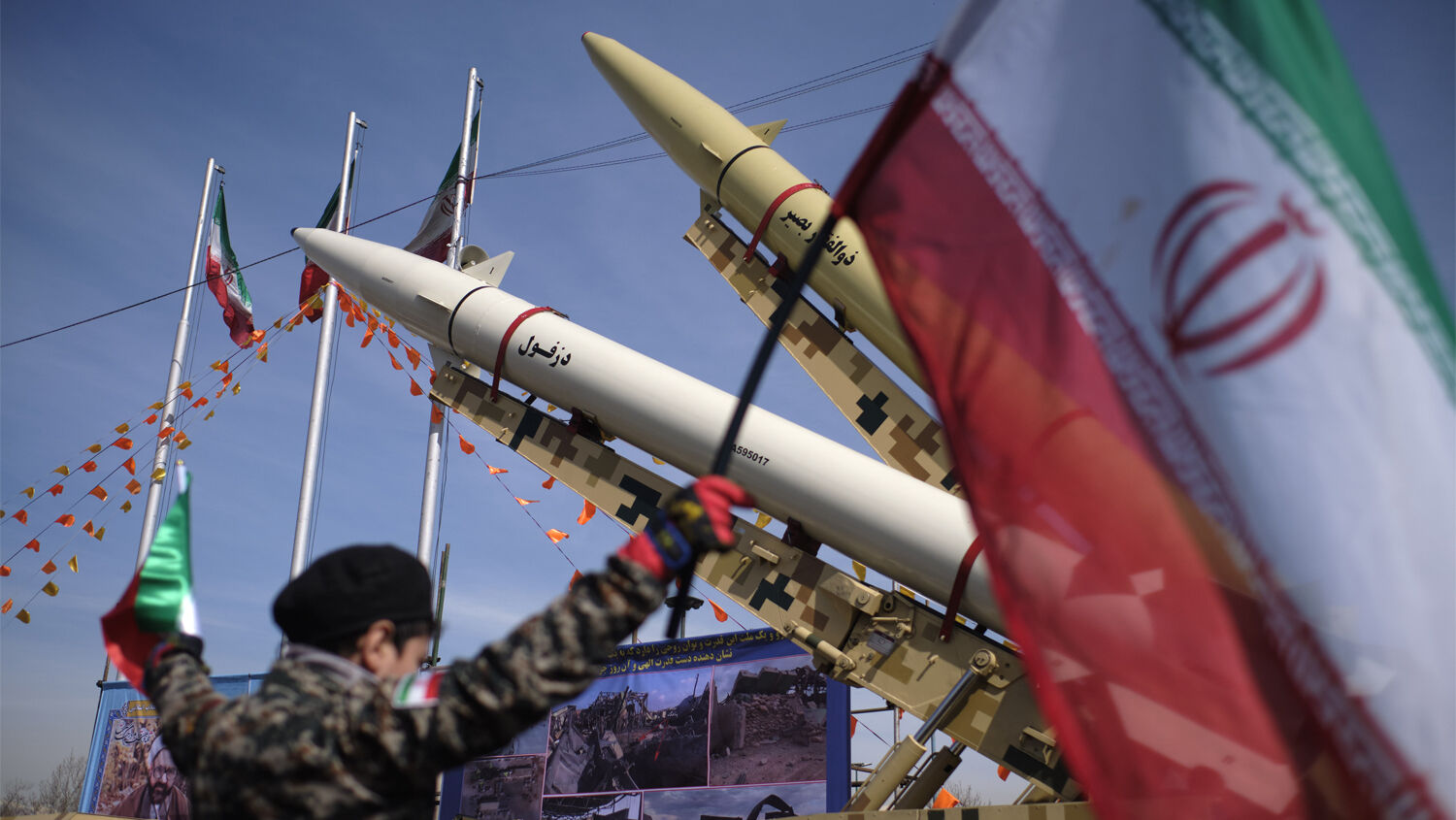 The Islamic Revolutionary Guard Corps (irgc) inaugurated a new underground missile base on March 15. Iranian state tv released footage of this new “missile city,” which houses numerous ballistic and cruise missiles. Outside the base, the broadcast showed what the irgc said was electronic warfare equipment to support Iran’s Navy.

“What we see today is a small section of the great and expansive missile capability of Revolutionary Guards’ naval forces,” he continued. He went on to say that the new missiles and equipment had “advanced operational capabilities, such as accurate firing from underground launchers and civil defense sites.”

The irgc claimed that the new equipment was designed and manufactured by Iranian military companies, Iran’s own Defense Ministry and irgc naval research organizations.

Underground bases are not a new development for Iran. Last year the irgc said it had built several of these “missile cities” underground and offshore on the Arabian Gulf coast and the Sea of Oman.

Why is Iran strengthening its naval capabilities?

Iran’s actions increasingly show that it wants America out of the region. And now, under the Biden administration, America is gladly backing out in order to empower the radical Islamists led by Iran.

Shortly after Iran announced its new naval “missile city,” the Suez Canal was blocked by the container ship Ever Given. The blockage illustrated to the world how dependent Europe is on that important sea gate and how easy it would be for a nation—such as the world’s leading state sponsor of terrorism—to disrupt European trade.

For years, Iran has been gaining power and dominance in the region, and the United States has been helping in that process—especially under the Obama and Biden administrations. With its final pieces lining up, Iran is pushing hard at the West. A very specific Bible prophecy indicates that Iran’s push will eventually go too far.

Daniel 11:40 says, “And at the time of the end shall the king of the south push at him: and the king of the north shall come against him like a whirlwind, with chariots, and with horsemen, and with many ships; and he shall enter into the countries, and shall overflow and pass over.” This “king of the south” is radical Islam led by Iran. It is prophesied that Iran will push at the “king of the north,” or a German-led European empire, to the point that Europe will retaliate in a “whirlwind” attack. (For more information about these two powers, please request our free booklet The King of the South.)

In his April 2015 article “Iran Gets a Stranglehold on the Middle East,” Watch Jerusalem editor in chief Gerald Flurry wrote:

It is not farfetched to see Iran using its power to control the flow of oil out of the Middle East. The supreme leader of Iran, Ayatollah Khamenei, has threatened as much. And on January 17, the Iranian state-sponsored Tasnim News Agency published an article that said boldly: “Today, all the arteries of oil transport–from Bab el-Mandeb Strait to Suez Canal and the Strait of Hormuz–are under Iranian control, by means of Syria, Yemen and Bahrain, and within range of Iranian missiles” (translation memri).

Iran is aggressively securing its foreign holdings along the Red Sea–and boasting about how it could use them!

Yet the United States is apparently allowing Iran free course in an effort to win it over in nuclear negotiations.

Iran’s recent announcement shows its continued shift to increase its maritime capabilities. As Iran grows in power in international waters, it will be at a better vantage point to push against Europe. To learn more about Iran’s strategy to gain dominance in the Middle East and how Europe will respond, please read our article “Iran Gets a Stranglehold on the Middle East.”