Trove of discoveries found during a survey of Judean Desert caves, including the first biblical scroll of its kind discovered in 60 years
By Christopher Eames 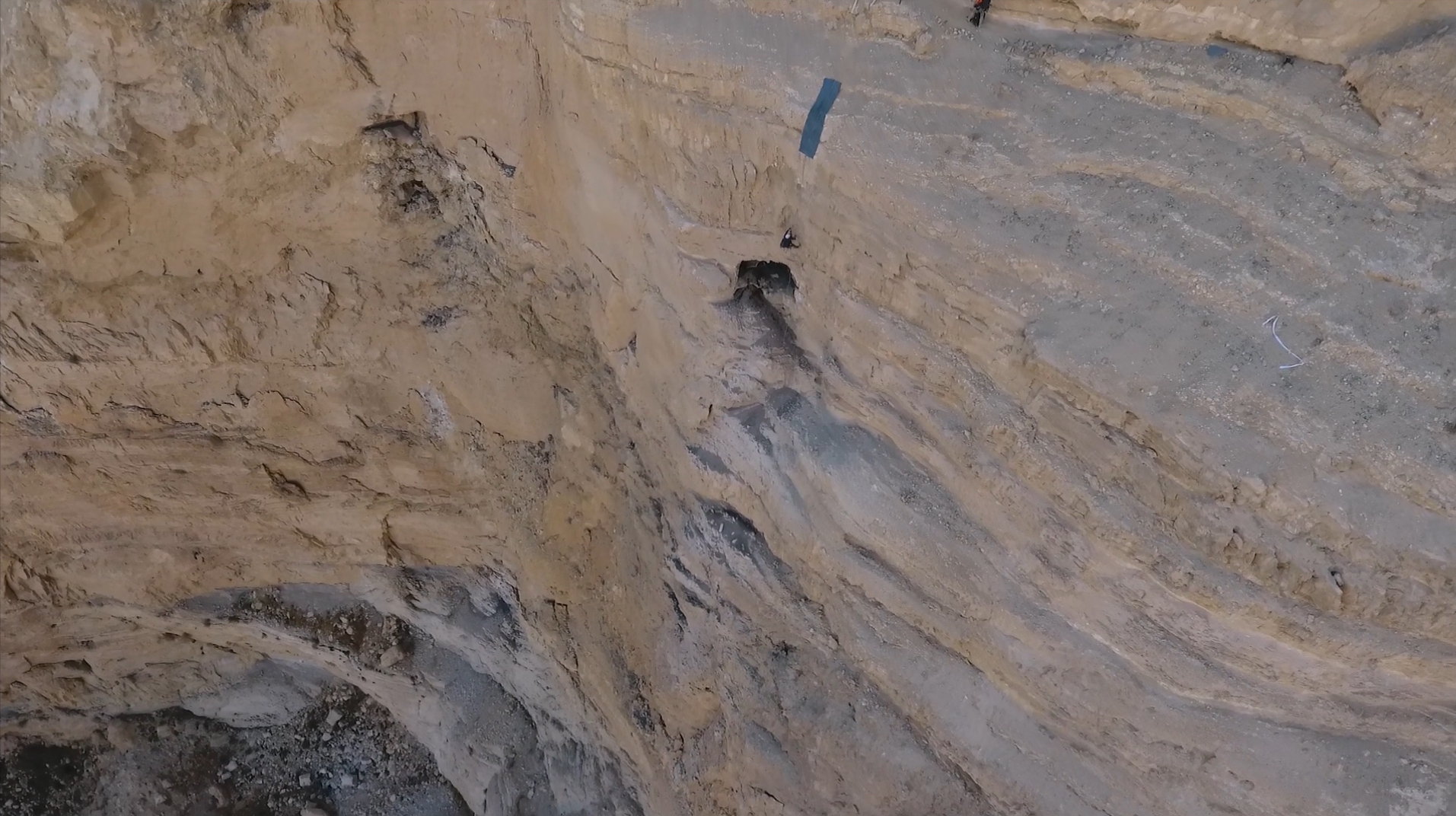 Ever since the dramatic and revolutionary discovery of the Dead Sea Scrolls more than 70 years ago, archaeologists have been in a race against time (and antiquities robbers) to scour the caves surrounding the Judean Desert for similar ancient parchments.

In 2017, the Israel Antiquities Authority led a special national initiative to survey and excavate the desert caves and ravines. On February 16, that effort yielded its first incredible results. Within a cave located on the edge of a sheer cliff, archaeologists uncovered a trove of treasures, including some 80 fragments of a Bible scroll containing preserved verses from the books of Nahum and Zechariah.

Cave of Horror and Prophets

Officially labeled “Cave 8” but also known as “the Cave of Horror,” the site of the discovery is located in the Judean Desert on the southwestern edge of the Dead Sea. To access the cave for excavation, archaeologists had to rappel 80 meters down from the cliff top.

The cave had already been identified and scouted as early as the 1950s and ’60s by Prof. Yigael Yadin and Prof. Yohanan Aharoni (and by curious Negev Bedouins). Remains found within the cave revealed that around the time of the failed Bar Kochba Revolt in c.e. 135, some 40 daring Jews—men, women and children—had taken refuge there. Roman soldiers encamped on the cliff top directly above, trapping the occupants inside. Rather than surrender, the Jewish refugees stayed put, apparently succumbing to thirst and dying within the cave. The discovery of their skeletons resulted in the nickname “Cave of Horror.”

In the six-plus decades since Yadin and Aharoni’s efforts, archaeologists have developed new and improved methods, and it turns out that there was more to be found in the Cave of Horror. While the dry, arid and sheltered conditions are perfect for the preservation of antiquities, the darkened and dusty environment makes the nearly 2,000-year-old artifacts blend into the dust. But the team’s archaeobotanist spotted tiny letters inked on a clump of little fragments that turned out to be pieces of a scroll.

Roughly 80 dry-sifted fragments were hoisted out of the cave to be cleaned and examined at the laboratory. They were identified as a Greek copy of the 12 minor prophets (the last part of the Bible’s Prophets section, from Hosea to Malachi). These fragments join nine other larger tracts of the Greek manuscript discovered in the cave by Aharoni in the 1950s.

This discovery marks the first time a Dead Sea Scroll has been officially discovered in 60 years.

So far, the Dead Sea Scrolls unit of the Israel Antiquities Authority (led by Oren Ableman, Beatriz Riestra and Tanya Bitler) has reconstructed 11 lines of the 1,900-year-old text. We now know that it was written by the hand of two scribes. The text was notable in that while it was Greek, the names of God were written in the original Hebrew language used during the First Temple Period.

The passage from Zechariah is as follows: “These are the things you are to do: Speak the truth to one another, render true and perfect justice in your gates. And do not contrive evil against one another, and do not love perjury, because all those are things that I hate—declares the Lord” (Zechariah 8:16-17).

And the passage from Nahum: “The mountains quake because of Him, and the hills melt. The earth heaves before Him, the world and all that dwell therein. Who can stand before His wrath? Who can resist His fury? His anger pours out like fire, and rocks are shattered because of Him” (Nahum 1:5-6)

The Nahum passage is especially fitting given the location of the discoveries—as well as the frightening period in which the cave was used as a refuge.

In addition to the Zechariah and Nahum scroll fragments were a series of other finds in the cave. One was the mummified body of a child between 6 and 12 years old, buried in a pit beneath two flat stones near the cave’s entrance. Tucked into a fetal position, the child’s body and head had been wrapped with cloth, its feet sticking out the bottom. It clutched another piece of cloth and was buried as if it were merely sleeping. The mummy was carbon-dated to roughly 6,000 years old.

The Cave of Horror is not the only cave in which the Antiquities Authority has made significant discoveries. Another notable find for the survey team came from the Murabba’at Caves in the Nahal Darga reserve. It is the oldest known basket ever discovered, carbon-dated to the Neolithic period. The large woven storage basket, of roughly 100-liter capacity, was immaculately preserved.

Other cave discoveries revealed to the press at the same time include rare Bar Kochba coins, a mat, jars, arrowheads, spearheads, a sandal, lice combs and fabric—items belonging to the Jews seeking shelter during the revolt 1,900 years ago.

In the four years since the initiative began, more than 80 kilometers of desert caves have been surveyed by the Antiquities Authority. Roughly 25 percent of the Judean Desert is left to be surveyed by the team, including about 20 caves. There are bound to be more exciting discoveries to come.

Dr. Joe Uziel, who leads the Authority’s Dead Sea Scrolls unit, said, “If we had gotten to the Cave of the Horror two weeks later, we would have seen the scroll fragments selling online. The basket would have been on the market—or destroyed entirely.”

Uziel recognizes the serious threat posed by antiquities robbers, who illegally loot caves and sell even the smallest of scroll fragments for high prices. Demand among collectors is so high that there is also a significant problem with fakes emerging on the antiquities market. Last year, it was revealed that every single Dead Sea Scroll fragment in the collection of the newly opened Washington, D.C., Museum of the Bible was a counterfeit.

For decades, archaeologists have struggled to stay ahead of the looters. But the Israel Antiquities Authority survey initiative appears to be succeeding. It incorporates the use of drones and other technology to determine which of roughly 500 caves have the most potential for yielding artifacts, and it has also brought in youths and members of Israel’s pre-military in more accessible areas to educate and connect the younger Israeli generation with its heritage.

“This is a historic discovery, on an international level at this time,” Raz Frohlich, director general of the Ministry of Sports and Culture, said at the unveiling of the discoveries in mid-March. “Alongside progress and technology, we are reminded of the rich historical heritage of the Jewish people. The importance of this event took an additional turn … when dozens of youth took part in the excavations and were given the chance to meet with the Jewish ethos, which lives on from the days of the Bible, face to face.”

Israel Hasson, director of the Antiquities Authority, summarized his team’s efforts this way: “The desert team showed exceptional courage, dedication and devotion to purpose, rappelling down to caves located between heaven and earth, digging and sifting through them, enduring thick and suffocating dust, and returning with gifts of immeasurable worth for mankind.”