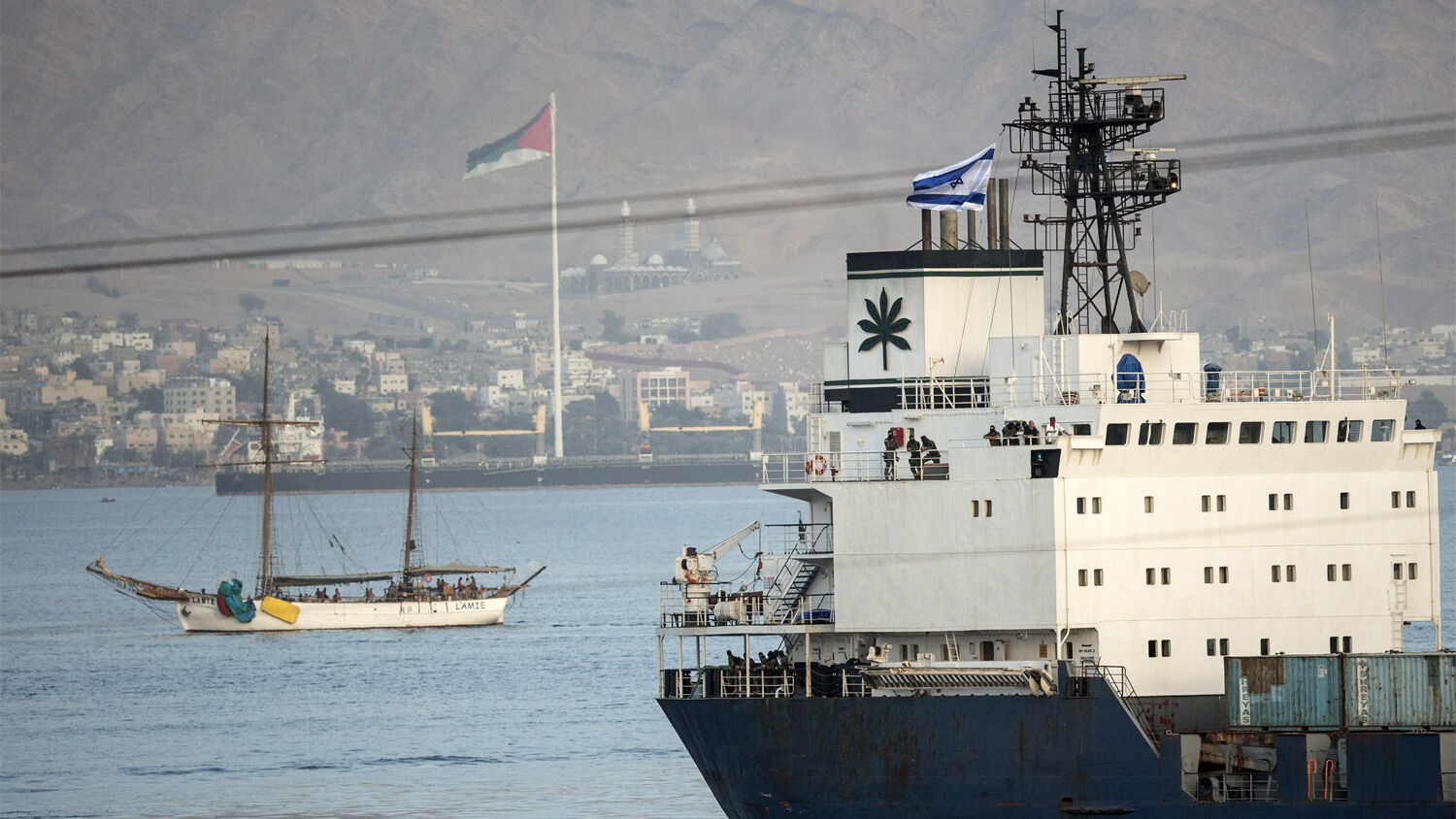 An April 9 report by Al-Monitor reveals Iran’s use of the Red Sea to support Hamas, its proxy in the Gaza Strip. For years, Iran has been using the Red Sea as a highway to smuggle weapons and other supplies into Gaza since 2006. Tehran’s proxies in Yemen and Sudan serve as stopover points. The weapons dealers then drive through the Egyptian desert, cross the Suez Canal, and smuggle their cargo into Gaza from the Sinai Peninsula.

Iran has a gigantic proxy empire. It lost Sudan in 2019 when a coup ousted longtime dictator Omar al-Bashir. But it still props up regimes in countries like Syria and Lebanon and has influence in countries like Iraq, Qatar and Yemen.

Syria and Lebanon directly border Israel and are geographically closer to Iran. Tehran could reach Gaza through that route. Why then would it take the long route from the Persian Gulf to the Red Sea?

Iran started using this route when Egypt was ruled by pro-West President Hosni Mubarak. Current Egyptian President Abdel Fattah al-Sisi is no friend to Iran. Global Firepower ranks Egypt’s military as the 13th-most powerful in the world. Sisi’s administration has clamped down on opposition and snuffed out a free Egyptian media. You would think this would make Egypt a hard country to smuggle weapons through—especially considering Cairo is on bad terms with Tehran.

This goes to show the level of influence Iran has in Egypt and the Red Sea region. Even with the loss of Sudan, there is no sign that Iran has stopped using the route.

Sisi has managed to consolidate power, but Egypt is still on shaky ground. The economic crisis caused by the covid-19 pandemic hit Egypt especially hard. The Muslim Brotherhood, the Islamist group that controlled the country after the 2011 Arab Spring, is still lurking in the shadows, waiting to resurface.

Iran, meanwhile, is constantly trying to expand its proxy network. Its Houthi proxies are quickly gaining control over all of Yemen. Its Shiite militias in Iraq are entrenching their presence in that country.

If Egypt were to suffer unrest—or even collapse—could Iran find a way to exploit the situation?

The Bible prophesies that Egypt will fall to Iran. Daniel 11:40-43 read:

And at the time of the end shall the king of the south push at him: and the king of the north shall come against him like a whirlwind, with chariots, and with horsemen, and with many ships; and he shall enter into the countries, and shall overflow and pass over. … He shall stretch forth his hand also upon the countries: and the land of Egypt shall not escape. But he shall have power over the treasures of gold and of silver, and over all the precious things of Egypt: and the Libyans and the Ethiopians shall be at his steps.

This prophecy refers to the time we are living in right now. It describes two world power blocs. The “king of the north” anciently referred to the Roman Empire. The modern king of the north will be a resurrection of that Roman Empire, forming in Europe right now. (For more information, request our free booklet History and Prophecy of the Middle East.)

But who is the king of the south?

Watch Jerusalem editor in chief Gerald Flurry writes the following in his free booklet The King of the South:

The prophecy in Daniel specifies that the king of the north invades Egypt at the same time as he invades the king of the south. This implies that Egypt is aligned with Iran.

Iran already seems to be extending its tentacles from the Red Sea into Egypt. If the Egyptian government collapses, Iran could get a stranglehold over Cairo.

Egypt today is closer to the West than Iran. But you should expect that to change in the near future. To learn more, request your free copy of The King of the South. Also request Mr. Flurry’s free booklet Germany’s Secret Strategy to Destroy Iran to learn more about how the Red Sea fits into Iran’s master plan.