Radical Islam’s Rumble in the Jungle

The Islamic State is flourishing in Christian-majority Democratic Republic of the Congo.
By Mihailo S. Zekic • April 24 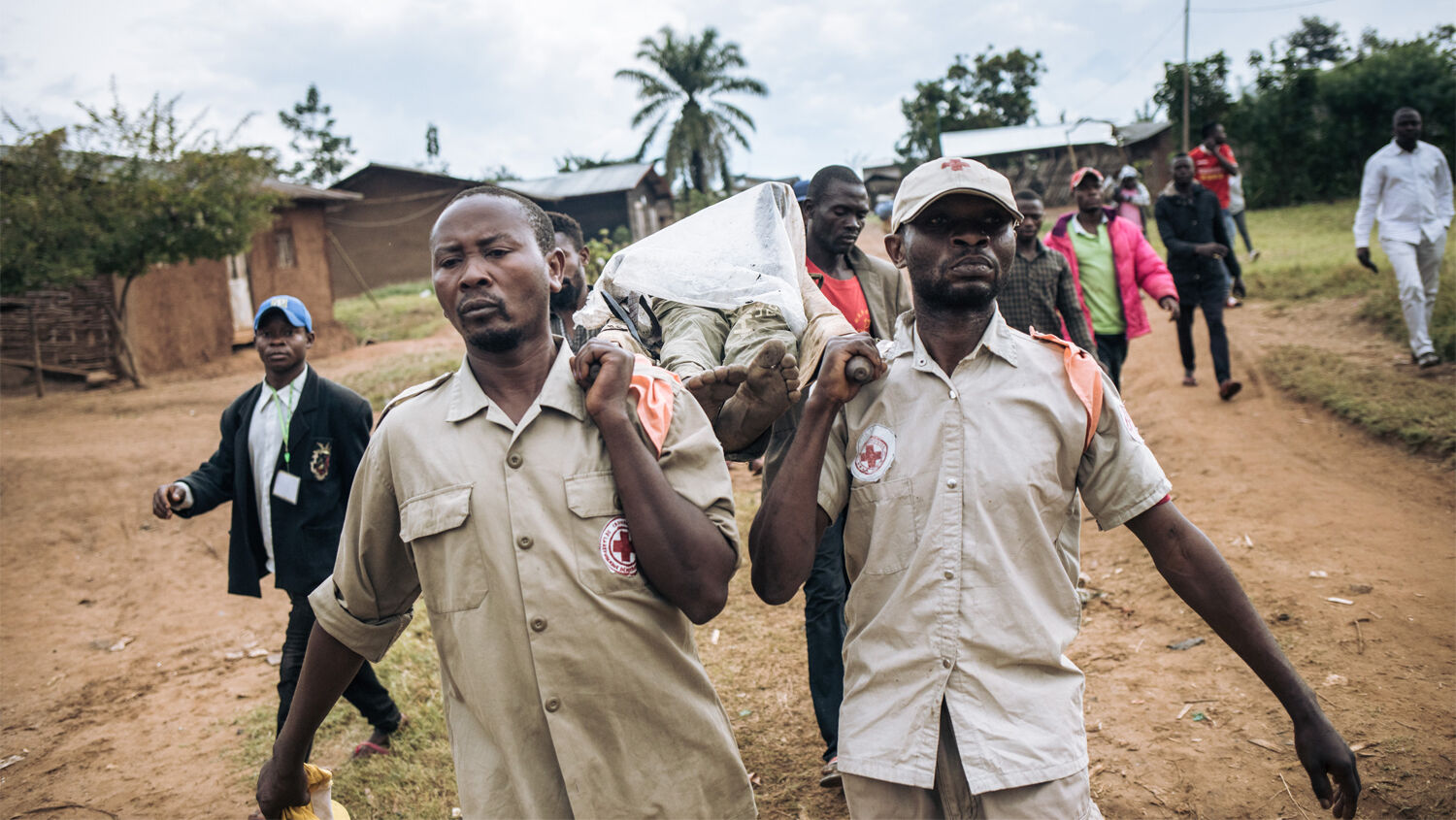 Members of the Democratic Republic of Congo’s Red Cross and relatives of a 39-year-old man carry his body after an attack allegedly perpetrated by the rebel group Allied Democratic Forces on Feb. 18, 2020.
ALEXIS HUGUET/AFP VIA GETTY IMAGES)

Also put on sanctions was the Mozambique-based jihadist group Al-Shabaab (no apparent relation to the Somali group of the same name). Al-Shabaab recently was in the news for laying bloody siege to the Mozambican city of Palma.

Sub-Saharan Africa isn’t generally considered a major battleground for radical Islam. But the State Department designations shows how serious Islamic terrorism is in Africa. According to the State Department press release, the Allied Democratic Forces killed at least 849 Congolese civilians in 2020 alone. Al-Shabaab, meanwhile, is responsible for thousands of deaths since 2017, as well as the displacement of hundreds of thousands.

As serious as the threat is today, the Allied Democratic Forces (adf) was almost snuffed out by the Congolese Army in 2015. Its founder, Jamil Mukulu, was apprehended, and its membership was estimated by the United Nations to be as low as 65. His successor, Seka Musa Baluku, needed new life breathed into the movement. He found it by pledging allegiance with the Islamic State. This opened up foreign sponsorship to the adf, now under a new name, and it has been wreaking havoc in D.R. Congo ever since. The Islamic State provides finances and training to the Congolese terrorist group; however, it doesn’t manage the group’s affairs directly.

Although the Allied Democratic Forces-cum-Islamic State–Central African Province is a brutal organization, it isn’t made exactly in the same mold as the Islamic State. It once fought alongside Christian militia groups against the Congolese government. Some of its practices, such as having female and child soldiers, aren’t common with the Middle Eastern Islamic State.

The Islamic State also doesn’t seem to take its Central African “province” too seriously. Of the estimated $100 million the group has accumulated, it has spent only $1 million on Central Africa.

The marriage between the Allied Democratic Forces and the Islamic State seems to be one of convenience.

And the Islamic State seems to be an unreliable partner at best. It may have made sense to associate with it several years ago, when it was strong and controlled much territory. But the Islamic State’s caliphate has been wiped out of Iraq and nearly out of Syria. Its former leader, Abu Bakr al-Baghdadi, is now dead. The days when the Islamic State seemed like the premier terrorist group in the world appear to be over.

Will the Allied Democratic Forces soon be looking for another sponsor?

A possible option is Iran. The brutality of the Islamic State and other groups have stolen some of Iran’s limelight, but it is still the number one terrorist-sponsoring nation in the world. Unlike the Islamic State, it has all the resources of a fully-functioning country behind it. It has a professional military and sizable economy. Tehran’s terrorist proxies, like Hamas in Gaza and Hezbollah in Lebanon, control territories themselves. And Iran has a long track record of sponsoring radical Islam in Africa. It supported the Muslim Brotherhood’s takeover of Egypt. It sponsors al-Shabaab in Somalia and may even be linked to Mozambique’s al-Shabaab movement (which, in turn, is affiliated with Islamic State–Central African Province). Esmail Qaani, the leader of Iran’s infamous Quds Force, specializes in infiltrating Africa.

The radical Islamist insurgency in the Democratic Republic of the Congo is interesting because it is a majority-Christian nation: 95 percent of Congolese are Christian. Radical Islam isn’t historically strong in the region.

It’s now putting Congolese Christians on edge. “Islamization through adf actions … is a major issue of concern for the Catholic Church,” said Archbishop Marcel Utembi Tapa. “adf’s strategy is to kidnap and force victims to join the Islamic faith.”

Catholic priests are a target for the Allied Democratic Forces; two particular abductions of priests took place in 2012 and 2018.

Where will the Democratic Republic of the Congo turn to for help against radical Islam?

A likely option would be European peacekeepers. France already maintains over 5,000 soldiers in Mali fighting radical Islam. Germany also has peacekeepers in Mali, as well as Sudan, South Sudan, Somalia and Western Sahara. Germany used to contribute to peacekeeping missions in the D.R. Congo itself.

Time will tell if the Congolese crisis sucks in foreign actors. But the radical Islam insurgency against a Christian population is certainly catching the world’s attention. Al-Shabaab in Mozambique is catching similar attention. So is the conflict in Ethiopia—which, while it isn’t primarily about religion as of yet, has the potential to turn into a religious conflict.

Watch Jerusalem has been following for years a clash between Islam and Christianity in Africa. We base our analysis off of a prophecy in Daniel 11: “And at the time of the end shall the king of the south push at him: and the king of the north shall come against him like a whirlwind, with chariots, and with horsemen, and with many ships; and he shall enter into the countries, and shall overflow and pass over. … He shall stretch forth his hand also upon the countries: and the land of Egypt shall not escape. But he shall have power over the treasures of gold and of silver, and over all the precious things of Egypt: and the Libyans and the Ethiopians shall be at his steps” (verses 40, 42-43).

While Iran is the primary country leading this bloc, the Bible specifically prophesies three African countries—Egypt, Libya and Ethiopia—as being in league with Iran.

Africa will become a battleground between Islam and Christian Europe. Whether the Democratic Republic of the Congo will play a significant part in that conflict remains to be seen. But an Islamic State rampage causing Catholic bishops to call for help is part of this trend.

To learn more, request your free copy of The King of the South. Also request a copy of our free booklet Libya and Ethiopia in Prophecy to learn about how Africa fits into the king of the south’s strategy.