Excavators in Italy uncover the first leader of an empire foretold by the Prophet Daniel.
By Christopher Eames • April 30 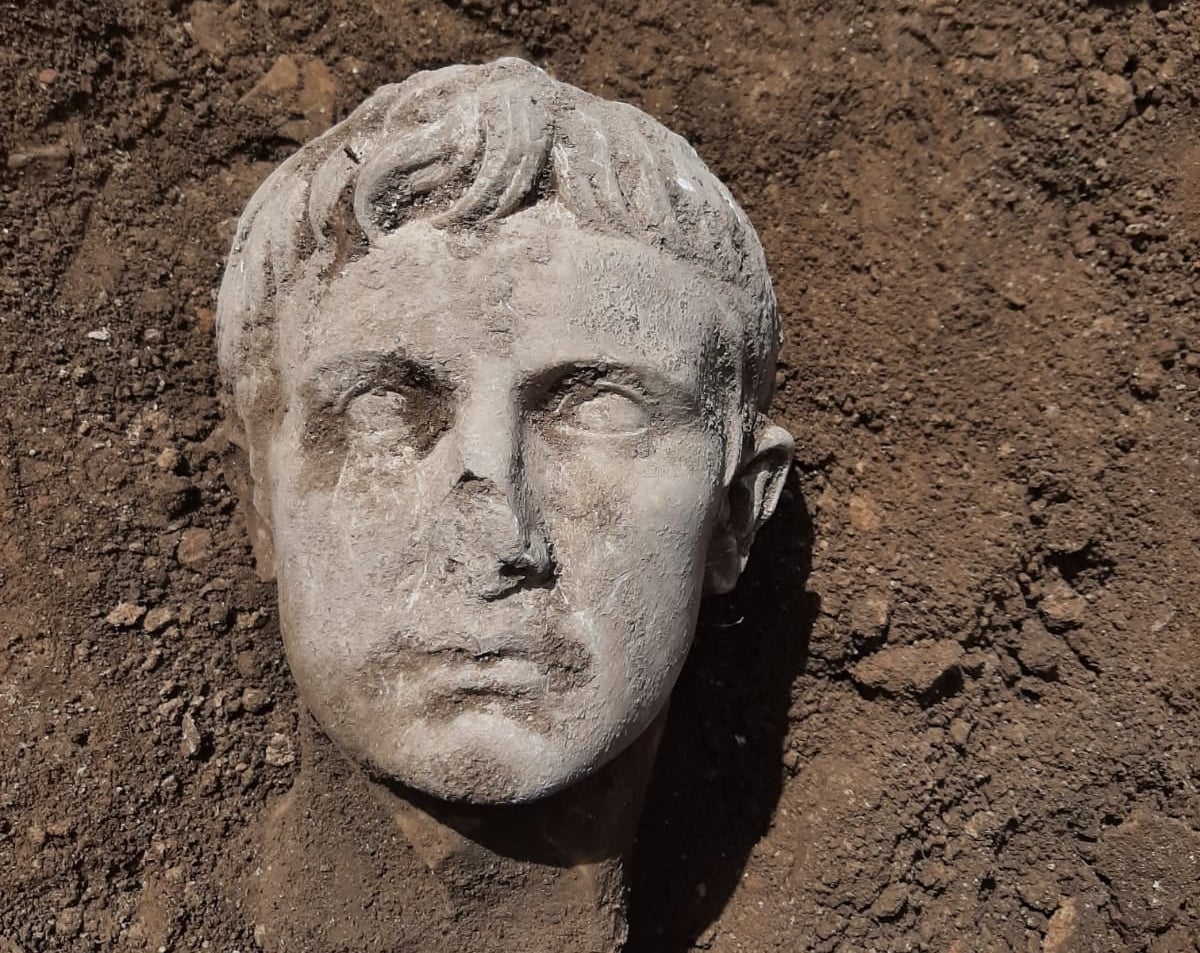 Archaeologists working in the Italian town of Isernia announced on Thursday the discovery of a finely sculpted marble head belonging to Rome’s first emperor, Caesar Augustus. The chance discovery was made amid ongoing repairs to the ancient walls of the Via Occidentale, which had reportedly collapsed during a violent storm “on the very night Pope Francis was elected.”

The head is immediately recognizable as that of Augustus, who effectively began the Roman Empire with his coronation on Jan. 16, 27 b.c.e., reigning until his death on Aug. 19, c.e. 14—preempted by his famous last words, befitting this discovery: Marmoream se relinquere, quam latericiam accepisset (“I found Rome of clay, and leave her to you of marble”). Augustus is often considered Rome’s greatest emperor.

The archaeologists, led by Francesca Giancola, believe the discovery may be a harbinger for even more important discoveries—perhaps even a temple nearby.

Caesar Augustus is mentioned by name once in the Bible, in the context of a census being taken in the Holy Land (New Testament, at the turn of the century): “And it came to pass in those days, that there went out a decree from Caesar Augustus, that all the world should be taxed [or, counted/registered]. … And all went to be taxed, every one into his own city” (Luke 2:1, 3; King James Version). The account describes Jews traveling from afar to the registration center in Bethlehem.

Although not mentioned by name in the Hebrew Bible, Augustus’s establishment of the Roman Empire was prophesied centuries earlier by the Prophet Daniel. The sixth-century b.c.e. prophet had forecast the rise and fall of four successive Gentile world empires—beginning with the Babylonian Empire, to be succeeded by the Persian Empire, followed by the Greco-Macedonian Empire, and finally the Roman Empire (Daniel 2, 7 and 11).

There is great debate about when the Book of Daniel was written, based on the impossibility of predicting the detailed events contained in the book (even down to certain leaders, their characteristics and battles). Such would affirm divine inspiration. Thus, a favored skeptical theory is that the book of Daniel was a fraudulent work compiled during the later third or second centuries b.c.e. (though this strains the wide amount of internal and archaeological evidence for a date centuries earlier—see here for more detail). Ideally, the book’s dating would be placed even later by skeptics, but there is a “problem”: Dead Sea Scroll copies of the book of Daniel have been found dating to as early as the second century b.c.e. Thus, this is the latest date for the work that scholars are compelled to accept, nearly 200 years before Caesar Augustus and his prophesied Roman Empire.

For more information about the Bible’s detailed prophecies about the Roman Empire, request our free book The Holy Roman Empire in Prophecy here.