Evidence for the earliest pagan worship in Genesis?
By Christopher Eames • May 31 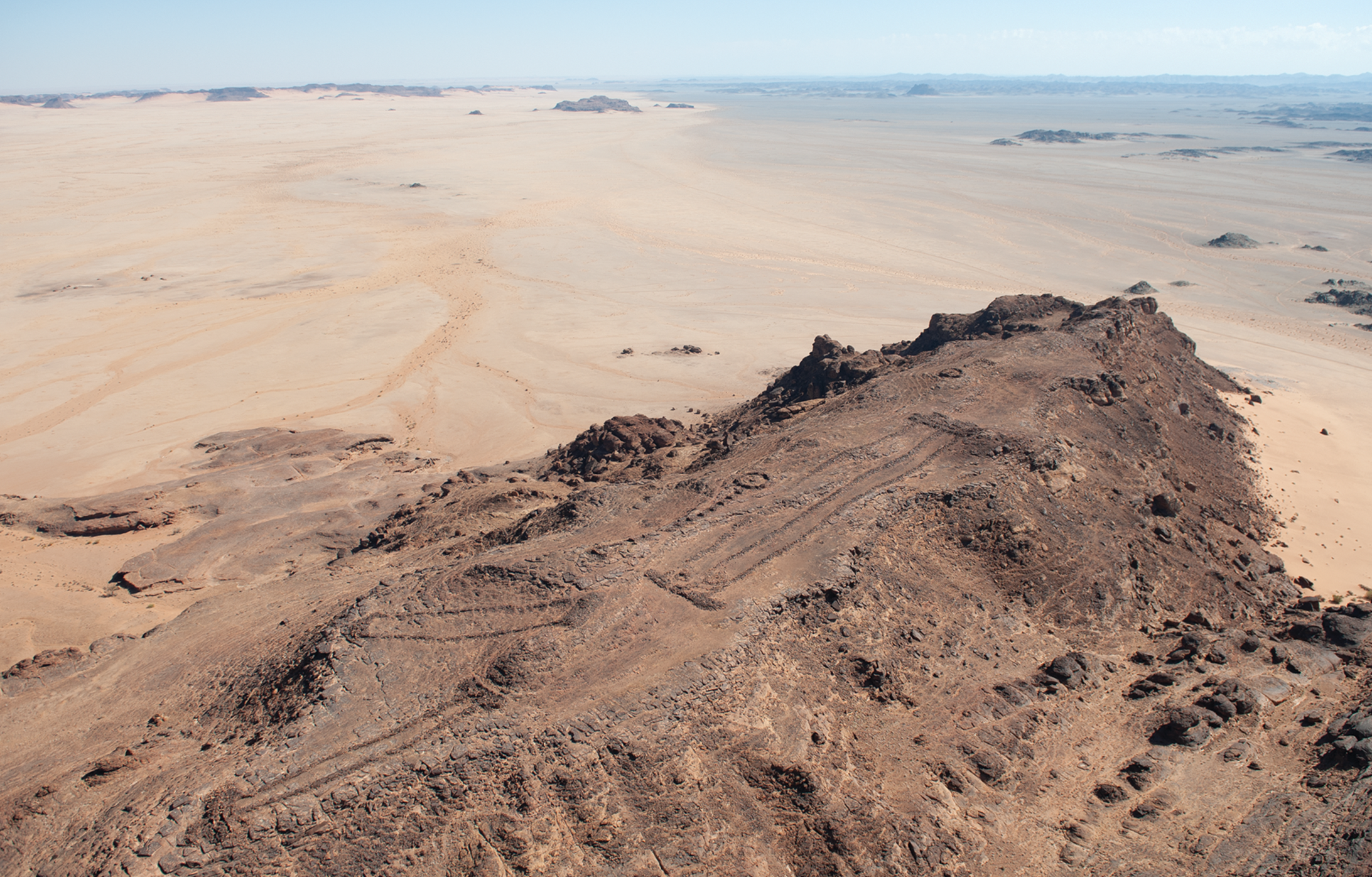 A six-person team of researchers from the University of Western Australia published a research article in the journal Antiquity on April 30, identifying monumental rectangular stone structures scattered throughout northwest Arabia (known as mustatils, Arabic for “rectangles”) as part of a prehistoric cattle cult. This was something that had already been suspected, and the new research serves to confirm this.

Hundreds of the narrow rock formation mustatils exist in Saudi Arabia, some longer than a football field, and some even lining volcano slopes. They have been characterized as the “first large-scale, monumental ritual landscape anywhere in the world … the earliest evidence for cattle cult in the Arabian Peninsula”—dated by the excavators to the sixth millennium b.c.e.

The chambers and layout are more complex than meets the eye. Their arrangement suggests some kind of particular single-file procession to a location within, where primarily cattle bones were piled alongside an upright mastaba stone. It was an “apparent ritual deposition of animal horns and cranial elements, particularly of cattle,” the authors write, which fits with “the rock art of the region, with scenes of both cattle herding and hunting frequently appearing.” The researchers point to the unusual narrow shape of the mustatils and the very low walls—no higher than 0.5 meters—(as well as the construction even on the sides of volcanoes) as evidence for ritual activity rather than use as cattle pens.

This “earliest evidence for cattle cult” and first “monumental ritual landscape anywhere in the world” points rather remarkably to a peculiar passage in the Bible—the first hint of established pagan religious worship.

Genesis 4 describes the genealogy of Cain following the eastern expulsion from Eden (Genesis 3:24) and his condemnation to a nomadic life (Genesis 4:16). One of Cain’s most prominent descendants was Lamech. “And Lamech took unto him two wives: the name of the one was Adah, and the name of the other Zillah. And Adah bare Jabal: he was the father of such as dwell in tents, and of such as have cattle” (verses 19-20; King James Version).

Jabal, the father of “nomadic herdsmen,” as another translation puts it. But there is more meaning to this verse than meets the eye in English.

“Of such as have” is in italics, meaning it was added by the translators and is not in the original Hebrew. The word tents is ohel: The same word used for the tabernacle and other such ritualistic establishments, in addition to ordinary tenting. But the invention of regular “tenting” is surely not the meaning of this passage—after all, Jabal was the seventh generation in a well-established line of centuries’ worth of nomads; even metallurgy was being developed at this advanced time (verse 22). Also, the fact that the wider passage is used to highlight negatively Lamech’s line infers such for Jabal’s cattle establishments. Thus, Genesis 4:20 has been interpreted as the first record of idol worship—notably, the worship of cattle.

This is affirmed by the circa 400 c.e. Jewish midrash Genesis Rabbah (23:3) and related commentaries, that Jabal was the “first among men to erect temples to idols” (Legends of the Jews, 1.3.5).

And this emerging phenomenon would literally explode on the world scene in later millennia. After all, the infamous Baal of the Bible, the Zeus of the Greek world, and the Horus and Ra of the Egyptian world are all cattle-related deities (and are in fact all related to each other—more about that here).

It has long been debated where the biblical Garden of Eden was situated. The two predominant theories center on either Jerusalem (the Holy Land) or somewhere in the east, around the Turkey-Iran area. Adam and Eve were banished “east” of the Garden of Eden (Genesis 3:23-24)—thus, per the Jerusalem theory, they were sent in the direction of Jericho (nicknamed by archaeologists as the world’s “earliest city,” due to the remains). This area immediately east of Israel also exhibits the earliest-discovered evidence of agriculture (see here for more detail). It would make sense that this eastern land of “Nod,” wandering, to which Cain was banished would be Saudi Arabia. This would also fit with the account of Jabal and Saudi Arabia’s mustatils. (For more on the subject of ancient Eden’s location, read our editor in chief’s article “The Incredible Origins of Ancient Jerusalem.”)

What about the rather bewildering placement of several mustatils on the slopes of Arabian volcanic vents? This is another possible connection to Jabal. The line of Cain, as described in the Bible, closely fits with the deified “Olympians” of later Greek mythology. Cronus parallels Cain—a patron of the harvest (compare with Genesis 4:2-3), who became renowned for a murderous act of ambush (verse 8). Cronus’s descendant is Zeus, a famously polygamous god who killed Cronus—paralleling Lamech (compare Genesis 4:19, 15, 23-24). Through his wives, Zeus sired a number of “mighty” children, including Hephaestus, Apollo, Hermes and Athena. These four specifically are close matches to the four children of Lamech: Tubalcain, Jubal, Naamah and Jabal.

Ancient Greek tradition continues that following these events, a great flood was sent to wipe out all human life save for the righteous Deucalion (obviously, a Noah-type).

What is notable, though, is the long-standing association of the Roman Vulcan, the Greek Hephaestus—the Tu-vulcain equivalent—with volcanoes. (This is where we get our English word “volcano.”) Does this family link help explain why several mustatils were positioned on the slopes of Arabian volcanoes—a result of the familial connection between Tubal-cain and Jabal?

Are these early ritualistic Arabian mustatils—the earliest evidence of cattle worship in Arabia, and the earliest evidence of large-scale ritual in the world (in the most infamous land of “wandering,” no less, and associated with volcanoes)—a link to Jabal and Genesis 4? The connections are tantalizing and point to a rapidly growing body of archaeological evidence attesting to the antediluvian world described in the very earliest chapters of the Bible.

For further reading on these numerous archaeological, archaeobontanical, palaeontological, genetic and other finds, take a look at the “Related” links below.