Iran is lying its way to nuclear weapons.
By Callum Wood • May 6 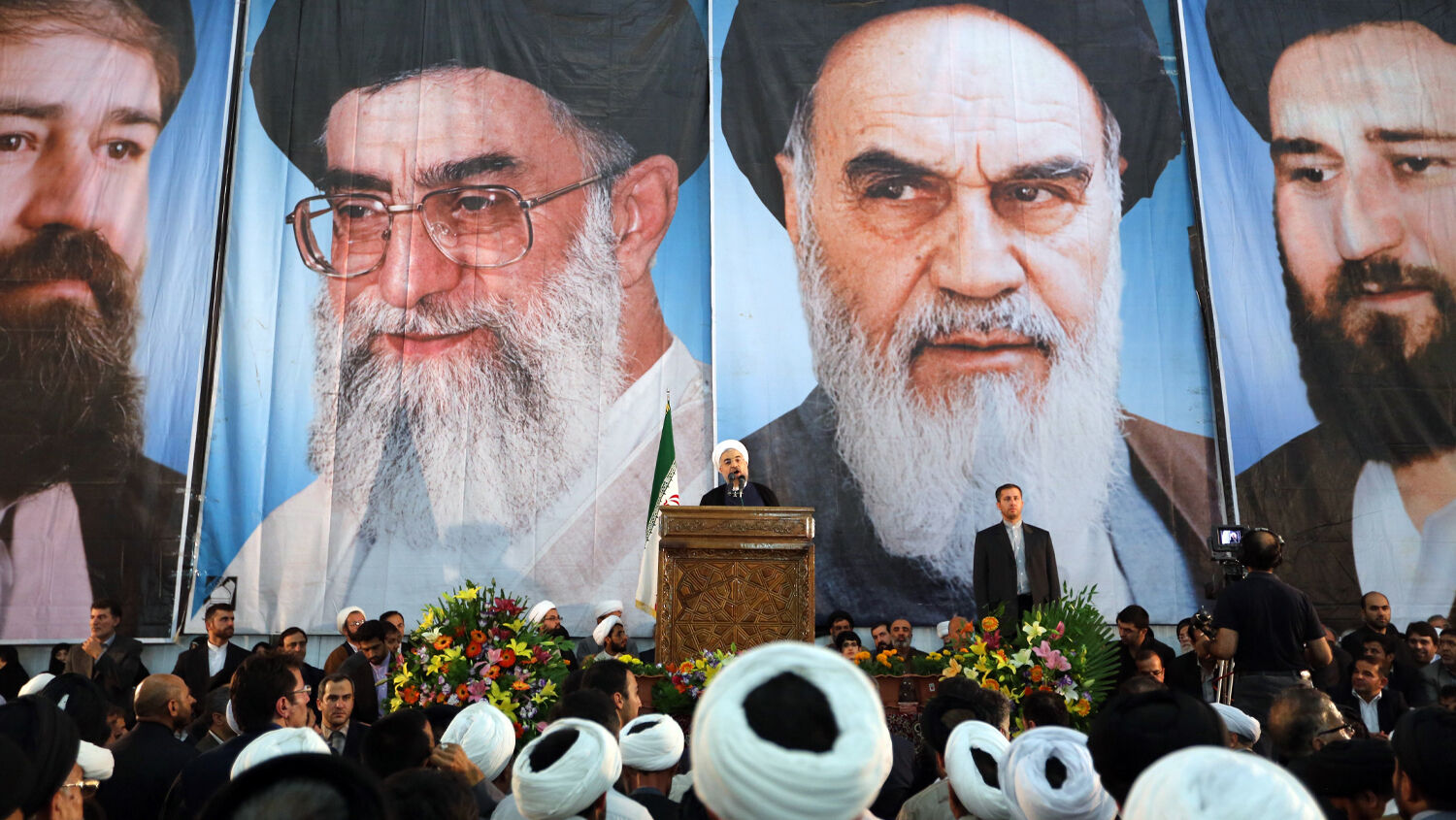 In the words of Mohammed, “War is deceit.” If there were a theme to Iran’s nuclear program, this could be it.

From Ruhollah Khomeini in 1979 to Ali Khamenei in 2021, Iranian leadership has utilized deceit to advance its nuclear agenda.

Take the Joint Comprehensive Plan of Action (jcpoa), for example. The deal highlights Iran’s tactic of promising one thing and doing another. Since signing on in 2015, Iran has waged a war of deceit on the woefully ignorant West.

The deal was built around transparency and honesty, yet Iran has provided obscurity and open contempt ever since. Violations have been almost nonstop. From stockpiling limits to enrichment levels, Iran hasn’t shown the least interest in abiding by its commitments.

This dishonesty is nothing new.

For decades, Iran has assured the world it has no intention of going for a nuclear bomb—while continuing directly on that trajectory. How is it that Iran can be so duplicitous? And how is it that the West refuses to call Iran out on its increasingly evident lies? Question A is answered by the Koran. Question B is answered by God in the Bible.

Iran’s lies are routine. Consider its latest major step toward nuclear weapons. Iran is now enriching uranium to 60 percent—the highest it has ever gone.

Iranian negotiator Abbas Araghchi made the announcement on April 13 (taking special care to deliver the statement in English): “Today we just sent a new letter to the [International Atomic Energy Agency] saying that we will start from tomorrow enrichment up to 60 percent, and that is for Iran’s needs to produce certain radio isotopes needed for certain medical treatments. … We will start this important job from tomorrow.”

The timing of the announcement was not happenstance. Araghchi is in Vienna for talks on restarting the 2015 nuclear deal. The negotiations are already in jeopardy following a suspected Israeli attack on Iran’s Fordow nuclear facility.

Iran’s plan to step up its enrichment is a clear pushback at what it claims to be “nuclear terrorism” by the West. It isn’t the first time such threats of higher enrichment have been made. Ayatollah Khamenei threatened an increase in February.

Other Iranian officials have echoed the need for more enriched uranium in the domestic medical industry. Meanwhile, others claim an increase is needed to run nuclear naval vessels—despite no such ships currently existing in Iran’s flotilla.

But what is the true objective. Just glance at post-revolution Iran, and it is clear that Iran has not stopped working toward the bomb. This is the key objective!

All these other excuses are just a sideshow to Iran’s predominant yet unspoken quest for highly enriched uranium. The primary reason has less to do with X-rays and boats as it does hastening the coming of the 12th imam.

There is a reason we see this continual smokescreen being thrown up—even when the Obama-Biden government is bending over backward to give Iran anything in return for a nuclear resolution. The reason is taqiyya.

By decree of the prophet Mohammed, Iran is under no obligation to tell the truth about its nuclear program. Iran is, in fact, practicing righteousness through its lies to the West—so the imams might claim.

Taqiyya is an Islamic doctrine regarding the practice of lying. Derived from the Arabic word qaqa, “to shield oneself,” the somewhat murky doctrine allows for deception in the protection of oneself or the community. It is not practiced by all Muslims—and its practice varies. It is common particularly among Shiite countries, such as Iran.

Unsurprisingly, the meaning of taqiyya is vague, even when read in the two chapters of the Koran where it appears. This doesn’t stop radical Islamic preachers from utilizing taqiyya as a political tool. The teachings of Jafar al-Sadiq, the sixth Shiite imam, emphasize this. “Befriend people on the surface, and keep your grudges and intentions hidden,” he taught. “Being double-faced with one’s own takes on outside the bounds of faith, but with others [non-Shiite] is a form of worship.”

Time and again Iran portrays itself as the victim—attacked and unjustly harangued by the West. In this “threatened” state, one could easily see taqiyya being employed for the protection of Iranian interests—including the nuclear program!

The nuclear deal was created on the basis of openness and transparency. But what drives Iran’s religious and political supreme authority? What tenants guide the Ayatollah’s decision-making? Is it the jcpoa or the Koran?

Looking at the doctrines that drive Iran’s policymakers, it is clear that Iran cannot be taken at its word. Taqiyya strips any official Iranian statement of its credibility. But the West continues to naively think it can trust Iran.

The gullibility of Western leaders in the face of mounting evidence is forecast in Bible prophecy. Over a third of the Bible is prophecy—news in advance. And most of that is for the end time, the days we live in today.

It is a deadly tendency of mankind to think himself safe when he is moments from destruction. Much like a smiling Neville Chamberlain declaring, “Peace in our time!” after signing a peace treaty with Adolf Hitler.

Joe Biden’s attempt to return to the nuclear deal is a similar “peace in our time” moment—only with nuclear war on the line! Such treaties hold little value when they are signed with people who have religious and ideological motivations to break such promises.

Watch Jerusalem editor in chief Gerald Flurry points this out in his free booklet The King of the South: “Middle East peace treaties dominate the news—as all kinds of peace treaties did just before World War ii began! It is just another major sign that war is about to explode in the Middle East!”

The modern descendants of Israel (request our free book The United States and Britain in Prophecy) are condemned by God for their reckless trust in man. God calls Britain a “silly dove” in Hosea 7:11 for going to Egypt and Assyria (modern-day Germany) for help. In Hosea 8:9, God says, “Ephraim hath hired lovers.” Yet God warned Israel against this: “Behold, I will raise up thy lovers against thee, from whom thy mind is alienated, and I will bring them against thee on every side” (Ezekiel 23:22). God even calls the Middle East peace process a “wound” for the Jewish nation (Hosea 5:13).

What is the end result of these ridiculous efforts to trust in man? The Prophet Jeremiah summed it up, writing: “We looked for peace, but no good came; and for a time of health, and behold trouble!” (Jeremiah 8:15).

Mankind is scrambling for peace his own way, even going as far as trusting Iran—the world’s number one state sponsor of terrorism! It is a folly of nuclear proportions. The only way to lasting peace is through God.

While the prophets of old always warned of the ramifications of trusting man, they also extolled the benefits of trusting God. Moses, a man extremely close to God, told the people, “And now, Israel, what doth the Lord thy God require of thee, but to fear the Lord thy God, to walk in all his ways, and to love him, and to serve the Lord thy God with all thy heart and with all thy soul, To keep the commandments of the Lord, and his statutes, which I command thee this day for thy good?” (Deuteronomy 10:12-13).