Ethiopia Is Turning Into Yugoslavia 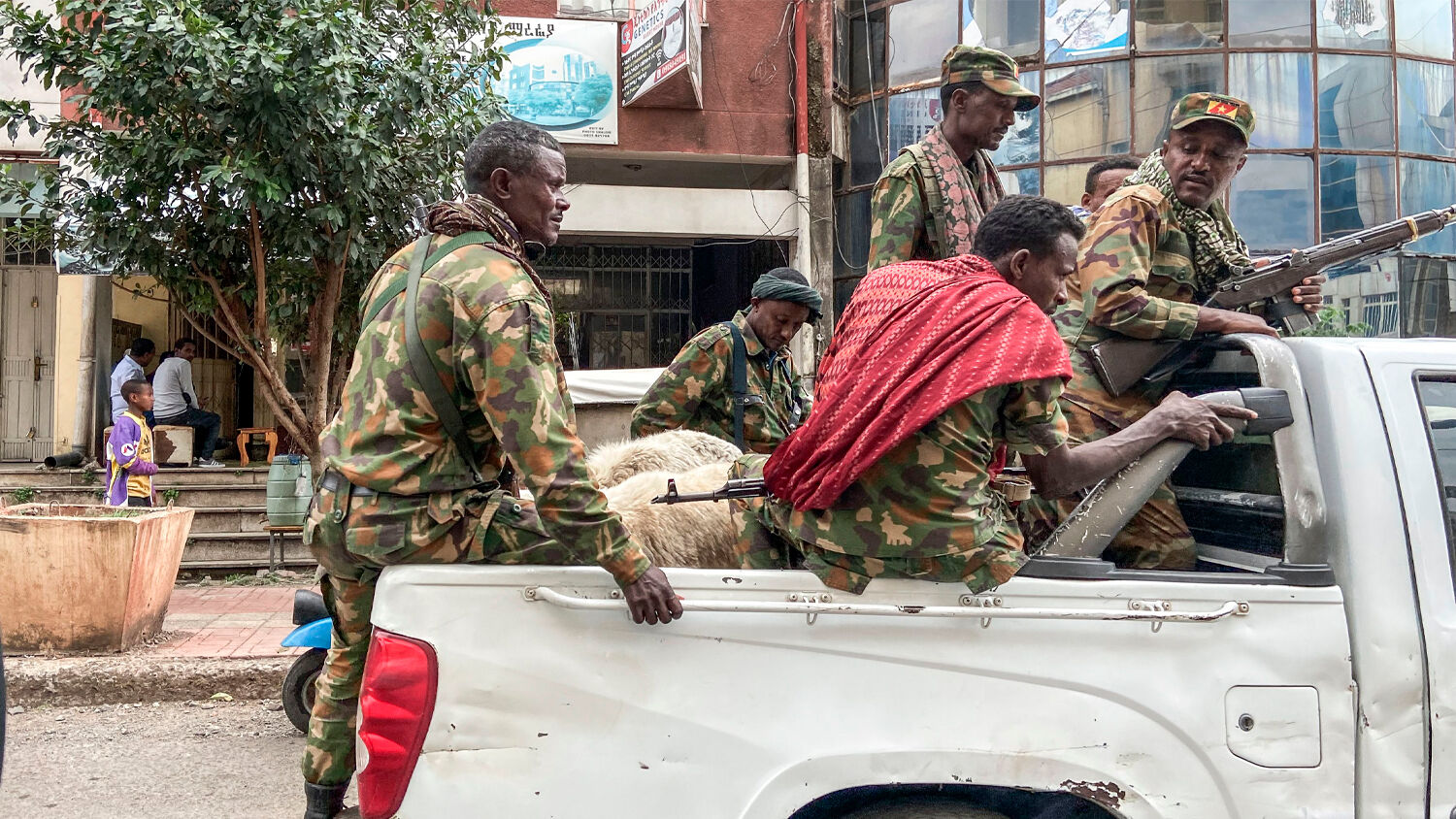 Members of the Amhara militia, who combat alongside federal and regional forces in the northern region of Tigray, ride through the city of Gondar, on Nov. 8, 2020.
EDUARDO SOTERAS/AFP VIA GETTY IMAGES

Fighting broke out between the Amhara and Oromo ethnic groups in Ethiopia last month, Al Jazeera reported. As of April 25, the Ethiopian government estimates the death toll in the Amhara region may be as high as 200. The Oromo are Ethiopia’s largest ethnic group at roughly 35 percent of the population. The Amhara are the second-largest, comprising about 28 percent of the population.

This is in the context of the escalating war in Ethiopia’s Tigray region. Ethiopian Prime Minister Abiy Ahmed deployed troops last autumn to snuff out opposition from the Tigray ethnic group. The Tigray are Ethiopia’s third-largest ethnic group and have sizable defense forces of their own. They held sway over Ethiopian politics for over 20 years after Ethiopia’s Communist regime was overthrown in the 1990s. This is despite the Tigray comprising only 7 percent of Ethiopia’s population. When Abiy, an ethnic Oromo, came into power in 2018, the Tigray felt their hold on power was threatened. Abiy has since been trying to “show the Tigray their place.”

While the conflict with the Tigray was substantial, it was also relatively localized. It now appears that the conflict is spreading. And what was a government crackdown on one ethnic group with an oversized level of influence in the country is now turning into an ethnic civil war.

The problem started after the ousting of the Communists. The new government created a new constitution, turning Ethiopia into a federation. For the first time, Ethiopia’s various ethnic groups controlled their own autonomous provinces. But the borders of the new regions were somewhat arbitrary. Many Amhara ended up in the Tigray region. Many Oromo ended up in the Amhara region. The Tigray and Amhara are traditionally Ethiopian Orthodox Christians, while the Oromo are traditionally Muslim.

As Ethiopia was undergoing its political transformation in the 1990s, the world’s attention was on another complex ethnic situation—this one in Eastern Europe. Yugoslavia was breaking up in an ethnic civil war. The wars were mainly between Catholic Croatians and Orthodox Serbs, but also between Muslim Bosnians and Muslim Kosovo Albanians. What was once Yugoslavia is now seven separate countries, mostly divided along ethnic lines.

It looks like Ethiopia could spiral into something similar.

Amhara activists recently staged a protest outside the United States State Department building. According to the Ethiopian news service Borkena, there were “tens of thousands” of protesters. They were protesting alleged aggression by the Oromo. Ever since Abiy took office in 2018, he has given amnesty to Oromo rebel fighters living in exile. This was supposed to be a token of reconciliation. But having large numbers of ethnic rebels reenter the country without fear of prosecution may not make the country more stable.

The Amhara face their fair share of accusations of human rights violations as well. The United Nations Human Rights Office blamed “all sides” for violations. Another ethnic group, the Gumuz, are also accused of slaughtering the Amhara and Oromo.

With 110 million people, Ethiopia has the second-largest population in Africa. The Amhara and Oromo together comprise over 50 percent of the population. A conflict between the two would be a far more chaotic war than the Yugoslav Wars ever were.

If Ethiopia ignited into civil war outside powers could take advantage of the situation.

The Ethiopian government is already concerned about this. Abiy on April 24 accused Egypt of seeking “to plunge the country into chaos.” Egypt and Ethiopia are currently squabbling over the Grand Ethiopian Renaissance Dam. The infrastructure project would dam the Nile River, whose source is in Ethiopia. This has the potential to turn Ethiopia into a regional energy superpower. But the Nile is the lifeblood of the Egyptian economy. Cutting off its water supply would be catastrophic for Egypt.

When Yugoslavia collapsed, world powers were quick to get involved. Croatia and Kosovo looked to Germany for help (this is explained in our free booklet Germany’s Conquest of the Balkans). Serbia, to this day, remains one of Russia’s best friends in Europe.

If Ethiopia fell into chaos, could something similar happen?

The Bible states that this will happen.

A prophecy in Daniel 11 says: “And at the time of the end shall the king of the south push at him: and the king of the north shall come against him like a whirlwind, with chariots, and with horsemen, and with many ships; and he shall enter into the countries, and shall overflow and pass over. … He shall stretch forth his hand also upon the countries: and the land of Egypt shall not escape. But he shall have power over the treasures of gold and of silver, and over all the precious things of Egypt: and the Libyans and the Ethiopians shall be at his steps” (verses 40, 42-43).

Here is Ethiopia, as well as two other African nations (Egypt and Libya), mentioned in the context of two world power blocs fighting for supremacy. The context provided by the rest of the prophecy shows that “the king of the north” is a group of European nations resurrecting the old Roman Empire (for proof, request our free booklet The Proof of the Bible). But who is “the king of the south”?

But how could Iran, a radical Islamist country all the way in the Persian Gulf, be able to take over a large, Christian-majority country in Africa?

Remember that the Oromo, Ethiopia’s largest ethnic group, is mostly Muslim. And Iran has been exporting its Islamic revolution into Africa for years. The powerful Iran-backed terrorist group al-Shabaab in Somalia, Ethiopia’s neighbor, is a good example of this.

Also notice that Egypt is allied with the king of the south. The description of Egypt’s “treasures of gold and of silver” suggests that Egypt is the big fish in Africa, while Libya and Ethiopia are secondary. If Egypt is to turn Islamist (which happened before under President Mohamed Morsi and the Muslim Brotherhood), Ethiopia could be next. And Ethiopia’s prime minister recently accused Egypt of sponsoring ethnic “chaos” in Ethiopia.

Keep watching Ethiopia. The Horn of Africa may seem like a region that doesn’t affect the rest of the world, but events in Ethiopia will spiral out of control until they involve the whole world. To learn more, request our free booklets The King of the South and Libya and Ethiopia in Prophecy.