America is under attack—from within.
By Mihailo S. Zekic • May 7 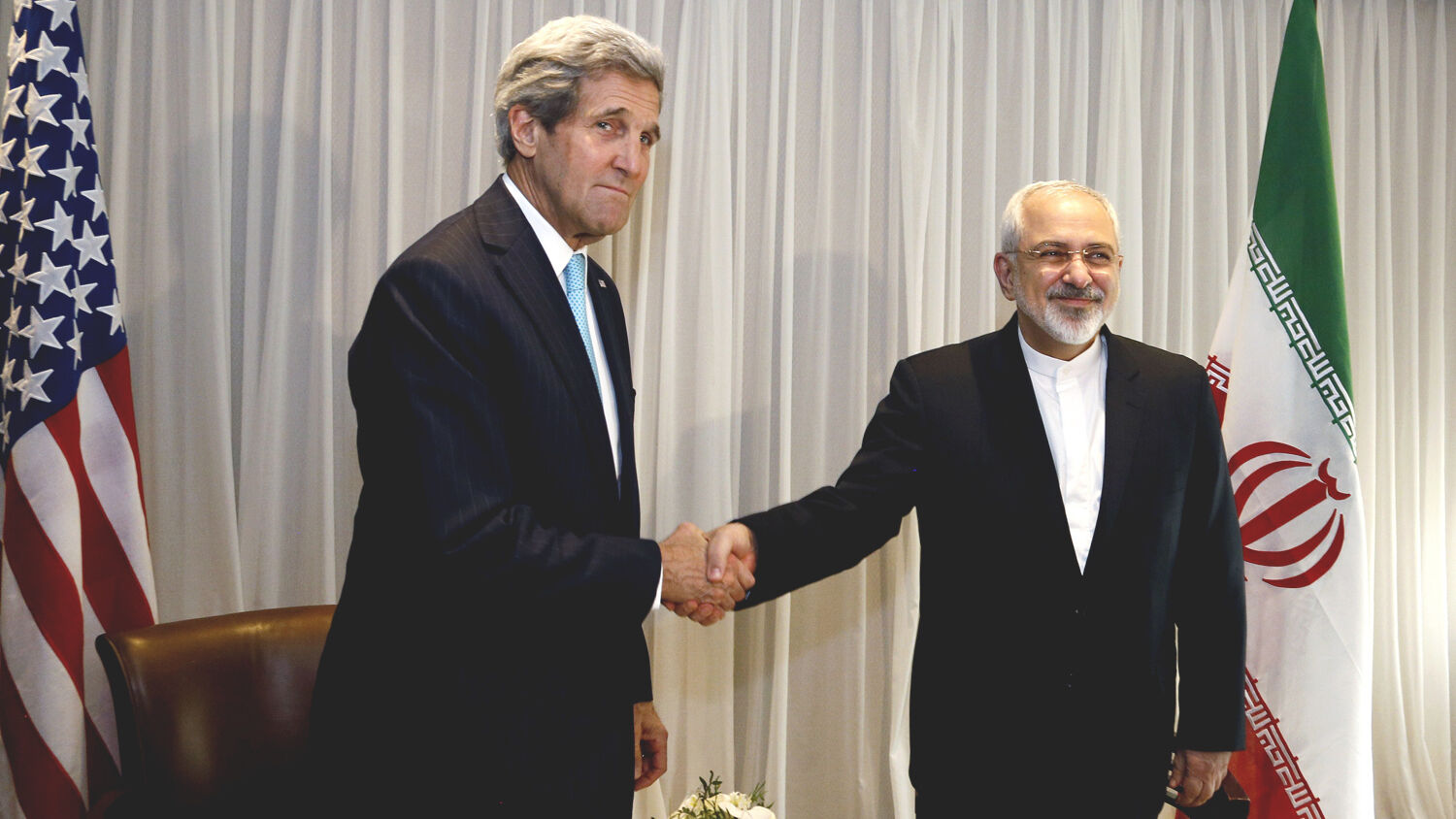 In a leaked recording, Iranian Foreign Minister Mohammed Javad Zarif stated that former United States Secretary of State John Kerry informed him of Israeli maneuvers against Iranian forces in Syria, Iran International reported April 25. The context of the conversation had little to do with Mr. Kerry; Zarif was being interviewed about his relationship with late Iranian Gen. Qassem Suleimani. Zarif complained that Suleimani and the Army wouldn’t inform him of military developments in Syria. “It was former U.S. Foreign Secretary John Kerry who told me Israel had launched more than 200 attacks on Iranian forces in Syria,” Zarif said.

This means Kerry shared details of Israeli military maneuvers with the Iranian government after he left the U.S. government. He would have been a private citizen—with security clearance to access U.S. intelligence.

This is the country John Kerry is exposing Israeli military arrangements to.

One would think someone guilty of something like this would be arrested for treason. At the very least, he should have his security clearance removed.

Yet U.S. President Joe Biden named Kerry America’s special presidential envoy for climate, placing him on Biden’s National Security Council. There’s no sign that this is changing. While many Republicans call for removing Kerry’s security clearance, this is unlikely.

When asked by a reporter about the recording, White House Press Secretary Jen Psaki simply stated, “We’re not going to comment on leaked tapes.” Even though it was a leaked tape about the Iranian government rather than the U.S.

John Kerry served as the 68th secretary of state while under President Barack Obama, under whom Biden was vice president.

Kerry denies discussing Israeli military matters with Iran. He also claims that the 200-plus air strikes have been public knowledge for a long time.

I can tell you that this story and these allegations are unequivocally false. This never happened - either when I was Secretary of State or since. https://t.co/BTOdFE1khW

There is little to work with in determining whether the Israeli operations were already known to the public when Zarif and Kerry talked, though Zarif claimed he learned about the operations from Kerry. After the video leak, Iranian Supreme Leader Ayatollah Ali Khamenei condemned Zarif’s statements. He claimed the comments echoed America’s hard language against Iran.

Even if the facts were common knowledge, why would Kerry discuss such information with the Iranian government?

U.S. President Donald Trump took a stronger stance against Iran than Kerry’s boss, Barack Obama. Kerry was giving the Iranian government beneficial information while the current presidential administration was trying to isolate it. That’s acting against the interests of the United States to the benefit of a hostile power.

Anybody guilty of treason is at the very least banned from holding public office. But it is unlikely Biden will kick Kerry out of the National Security Council anytime soon.

Kerry was Obama’s point man for negotiating the 2015 Iran nuclear deal. The deal was touted as stopping Iran from getting a nuclear bomb and making the world a safer place. We’ve written extensively on how the deal accomplished the exact opposite. That’s why President Trump withdrew from the deal in 2017. Now that Biden, Kerry and Obama’s other foreign-affairs men are back in power, they’re doing everything they can to salvage the deal. And more.

They’re actively undermining Israel, one of the only democracies in the region and America’s strongest Middle Eastern partner. And they are actively empowering the extremist regime that vows to “wipe Israel off the map.”

The entirety of both Obama’s and Biden’s Middle Eastern foreign-policy outlooks is based on two premises: undermining Israel and empowering Iran. Both premises are irrational.

Obama’s nuclear deal unfroze billions of dollars-worth of assets and allowed Iran into the global economy. But it put no restrictions on conventional warfare. Flushed with cash, Iran could continue its proxy wars throughout the Middle East. It continued its intercontinental ballistic missile program after the deal was signed, despite the deal restricting it. It faced no meaningful repercussions, even though icbms are mainly designed to carry nuclear warheads.

Since entering the White House, Biden has pressured Saudi Arabia and the United Arab Emirates, two other American partners in the region, to exit the civil war in Yemen. Biden blamed them for the humanitarian disaster there, even though the civil war started when Iran’s Houthi proxy group staged an uprising. The moderate Arabs were there to support the internationally recognized government. Kicking Saudi Arabia and the U.A.E. out of Yemen—and not Iran—gives Tehran free rein.

During the Arab Spring, Obama had no qualms intervening in Egypt and in Libya to oust their longtime dictators. Egypt was taken over by the Islamist Muslim Brotherhood, and Libya entered a decade of civil war. Egypt’s Hosni Mubarak, although a dictator, was both America’s and Israel’s best friend in the Arab world. While Libya’s Muammar Qadhafi was America’s enemy, he started warming up to the West in the years leading up to the Arab Spring. Both leaders were betrayed by Washington. When similar protests occurred in Iran, the White House did nothing.

When President Trump recognized Jerusalem as the capital of Israel in 2018, John Kerry—again, as a private citizen—visited Palestinian Authority leader Mahmoud Abbas and encouraged him to “hold on and be strong” and “not yield to President Trump’s demands.” And Biden has undermined the Abraham Accords, the deal where the U.A.E. recognized Israel’s right to exist.

It seems that Obama, Kerry, Biden and others are going out of their way to make Iran as strong as possible and Israel as weak as possible. What possible motive could they have for this? America doesn’t benefit. Israel doesn’t benefit. The moderate Arabs don’t benefit. The only one that benefits is a regime that has made no change in its desires to get nuclear weapons and export its Islamic revolution worldwide.

“The Obama administration is demonstrating in a number of ways that it does not like the Jews,” writes Watch Jerusalem editor in chief Gerald Flurry in his free booklet America Under Attack. “Israeli leaders recognize that the alliance between these two nations can no longer be trusted, and they are being ‘driven to desperation.’ They must be asking why this administration harbors such antipathy for them! They don’t understand—and even the people who have that bitter feeling toward them often don’t understand!”

It’s an altogether different reason. It’s a reason that most people don’t see, yet it affects every life on the planet.

To learn about this reason, please request your free copy of America Under Attack.