Why Does Europe Finance Palestinian Terror? 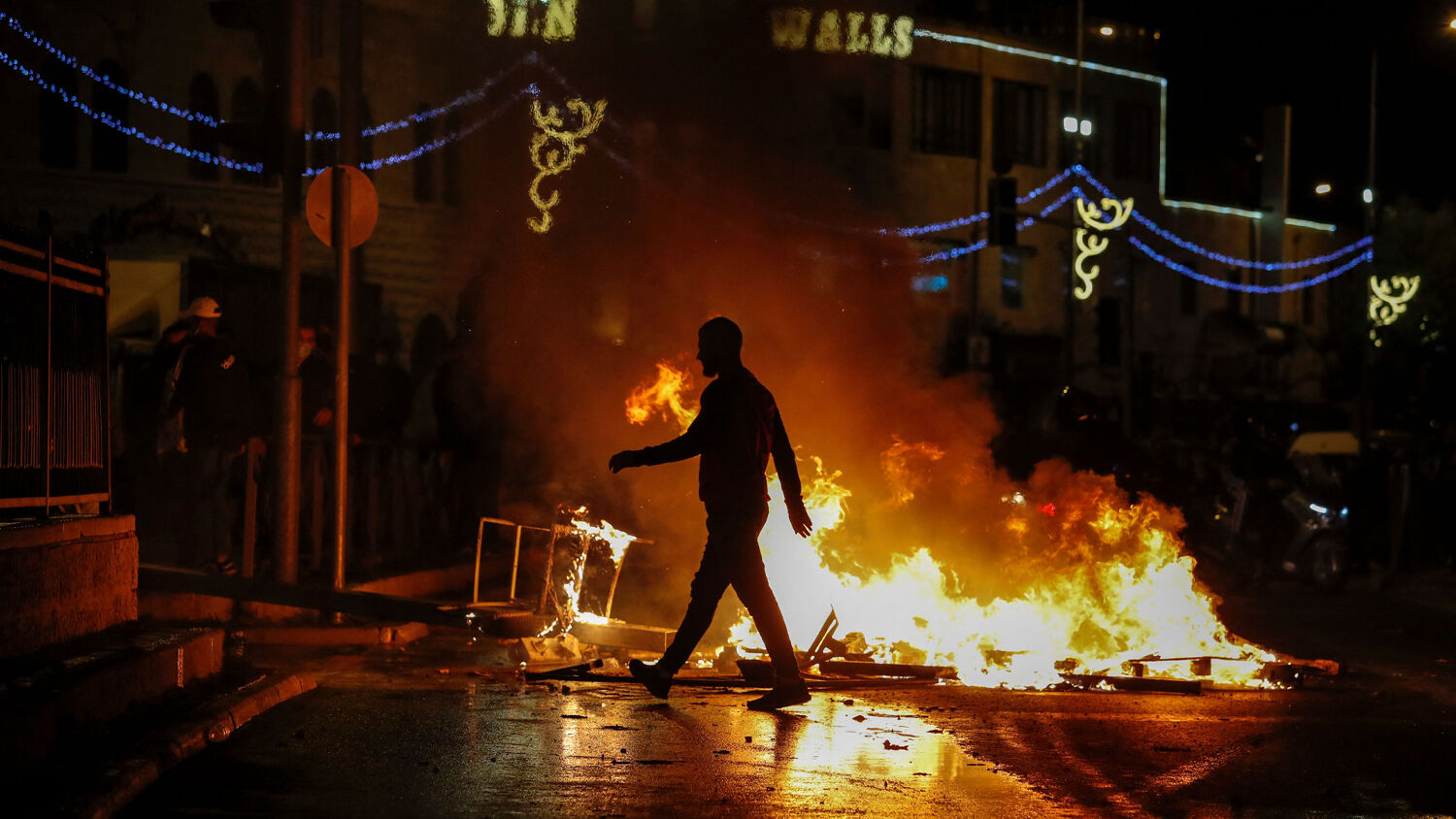 Fires blaze during clashes with Palestinian protesters outside the Damascus Gate in Jerusalem’s Old City on April 22.
AHMAD GHARABLI/AFP/GETTY IMAGES

In the midst of erupting riots in East Jerusalem, it has been revealed that Europe indirectly funds terrorist organizations. An investigation by the Israeli domestic intelligence service Shin Bet revealed on May 6 that funds of apparently multiple millions of dollars flowed from Europe via nongovernmental organizations (ngos) to the Popular Front for the Liberation of Palestine (pflp). The European Union classifies the Popular Front as a terrorist organization.

The Labor Health Committee, affiliated with the Palestinian organization, purposefully deceived aid organizations in Europe, according to the Israeli government. The money ended up supporting families of Popular Front “martyrs” and active fighters, and was used to recruit new members.

REVEALED: Millions of €s in European government funds, meant for humanitarian purposes, supported terrorism by the PFLP, a Palestinian terror organization responsible for the murder of dozens. European taxpayers’ money must not end up supporting terrorism. pic.twitter.com/ynz4eTEj8K

Concerning the allegations, Reuters quoted a Popular Front spokeswoman saying: “Israel is trying to pressure the European Union to stop its donations and aid to the Palestinian people by making such stupid allegations.”

On May 6, Israel called on Europeans to immediately freeze financial aid to institutions that solicit funds for the terrorist organization. “The pflp is classified as a terrorist group by the U.S., EU, Canada, Israel and others, yet many European governments ignore the findings and continue to invest heavily in these ngos, leading to misuse of taxpayers’ money,” Jüdische Allgemeine noted (Trumpet translation throughout). A European Commission spokeswoman told the paper that the EU is “at the forefront of global counterterrorism efforts” and that the allegations would be examined.

She also said the EU would “continue to abide by international law and support civil society organizations” as they provide “an essential contribution to good governance and sustainable development in the EU, in Israel, in Palestine, and elsewhere.”

Europe presents itself as Israel’s closest ally. Writing for the Jewish News Syndicate, in “The End of Europe’s Romance With Palestinian Terror?” Gerald M. Steinberg, professor of politics at Bar Ilan University, stated, “In recent years, EU recognition of the damage done by and the need for independent oversight of Europe’s relationships with ngos in Israel has been increasing.” But the question arises: Why was the EU not more careful in scrutinizing where its funds went?

The dubious ways through which the EU has channeled its funds are worth noting. “[T]he details of the deep and often personal European relationships with the leaders of influential Palestinian and Israeli ngos were and remain closely guarded state secrets on the level of nuclear weapons,” Steinberg noted. “This strange and fundamental departure from the transparency that is central to democratic norms explains why year after year, the members of an ngo network linked to a terror organization, the Popular Front for the Liberation of Palestine, are among the main recipients of European funding. Since 2011, European governments have provided at least €200 million [us$241.7 million] to these organizations, including €40 million from the European Union, and probably more from subcontracting that is not reported and from grants that remain hidden.”

In light of Bible prophecy, this revelation is most interesting. As Watch Jerusalem editor in chief Gerald Flurry explains in The King of the South, Psalm 83 is an end-time prophecy that shows Europe in an anti-Israel alliance with various Arab nations.

Europe has no interest in safeguarding the Jewish nation. Rather, as Mr. Flurry explains in his free booklet Jerusalem in Prophecy, Europe, led by Germany, seeks to control Jerusalem. Prophecy indicates that they will be invited as a peacekeeping force (Daniel 11:40-45). Referring to verse 41, Mr. Flurry explains: “The powerful European Union army will then enter the glorious land, or Israel. The word enter in no way indicates the use of force. The Germans will undoubtedly be invited in as a peacekeeping force. … The king of the north immediately enters the glorious land, specifically Jerusalem. That is a strong indication that the war was triggered over that city. Anyhow, Jerusalem is its main concern.”

Continue watching as Europe becomes more involved in and around Jerusalem. Please read Mr. Flurry’s book, Jerusalem in Prophecy for a more detailed account of these prophecies.