Weeks after the catastrophic events at Mt. Meron’s Lag B’Omer festival, another ‘mass casualty’ event during Shavuot celebrations
By Christopher Eames • May 18 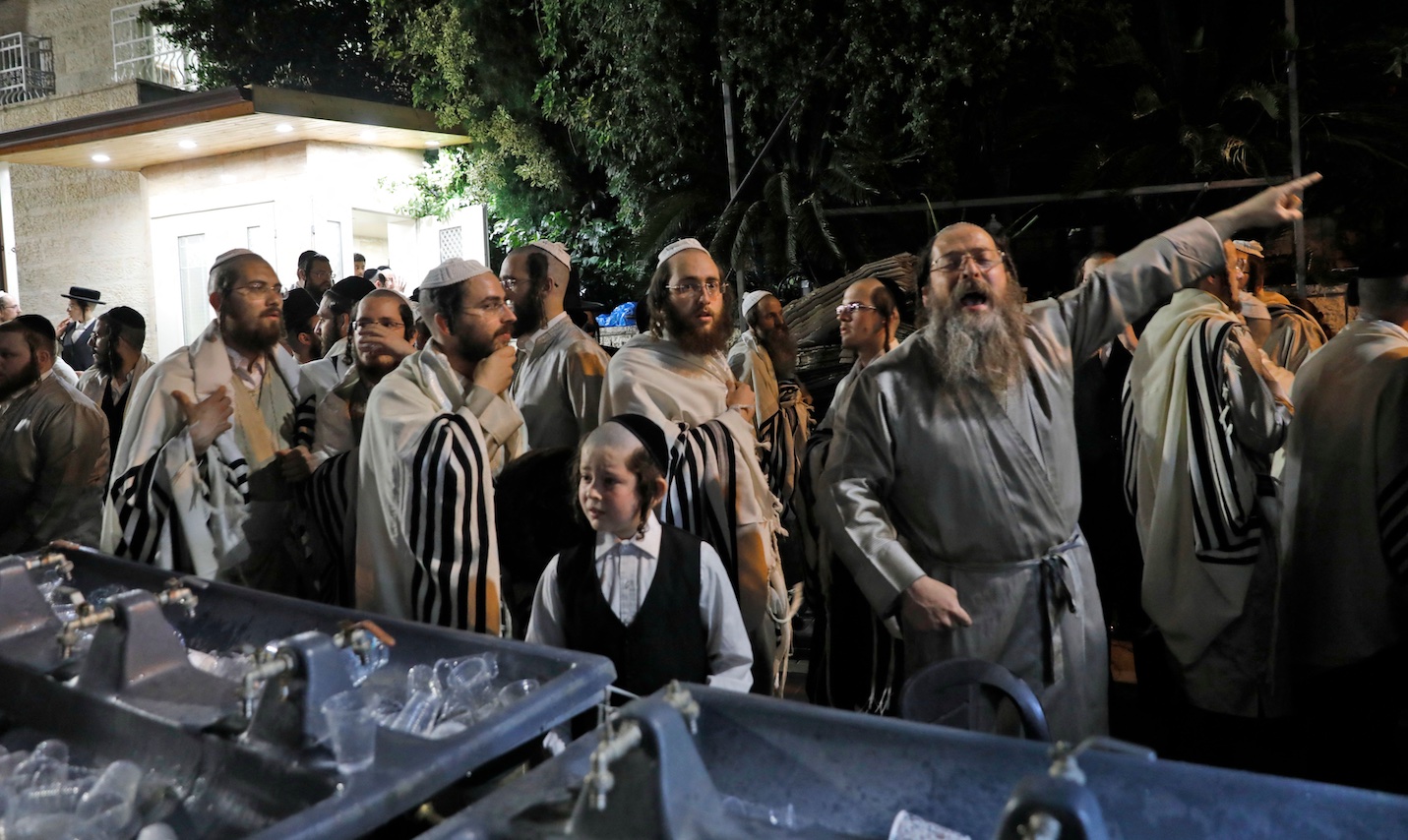 Ultra-Orthodox Jewish men and children gather at the scene where a grandstand seating at a synagogue collapsed in Givat Ze’ev on May 16, 2021.
Gil COHEN-MAGEN | AFP | GETTY IMAGES

Disaster struck the Jewish Ultra-Orthodox community at Giv’at Ze’ev (northwest of Jerusalem) on Sunday, with the collapse of crowded synagogue grandstand during celebrations of the holy day Shavuot. The incident has been named a “mass casualty” event, resulting in the deaths of two individuals and injuring nearly 200 others.

The victims were a 13-year-old boy, who had just celebrated his Bar Mitzvah, and a 40-year-old rabbi who had just become a new father. The funerals took place on Monday.

The incident took place in a crowded synagogue that was under construction. Horrifying video footage shows several upper rows of bleachers suddenly collapsing beneath the standing congregants. (Footage from inside the synagogue below; viewer discretion advised.)

Given the partially finished construction of the synagogue, blame has variously been traded for the event, with various Israeli authorities stating that the building was a dangerous site. It has been reported that warnings were issued to the organizers about the risk. Jerusalem district police chief Doron Turgeman stated: “We were called again to another event where there was negligence and a lack of responsibility. There will be arrests.”

The incident follows less than three weeks after another mass-casualty event at Mt. Meron, also during religious holiday celebrations (Lag B’Omer), which claimed the lives of 45 individuals and wounded over 150 others. That event, named the worst peacetime disaster in the history of the State of Israel, was likewise ascribed to overcrowding in a poorly prepared area. (For more on this event, read our article here.)

As one of our readers wrote at the time: “It is sad and unbelievable, this holy day turned to sorrow. But we accept this ordeal because all that happens in our lives is God’s will. God created the world from nothing, and conducts it as He pleases!” She continued to write about the need for introspection, unity, atonement and prayer at such times. The words hold true for this latest incident.

Israel today is “beset before and behind” with an onslaught of trials on all fronts—the events at Mt. Meron and Giv’at Ze’ev occurring around a larger backdrop of bitter conflict with Hamas, rioting throughout several Israeli cities, and violence at the Temple Mount (not to mention the coronavirus pandemic). Naturally, these events lead to the questions: Why are they happening, and what are they leading to? For more information, request our free booklet Jerusalem in Prophecy.