Abraham: Father of Nations—and a Scientist, Mathematician and Astronomer

Ancient records speaks of an astronomer among the Chaldeans who had a special relationship with ‘the mighty God.’
By Andrew Miiller 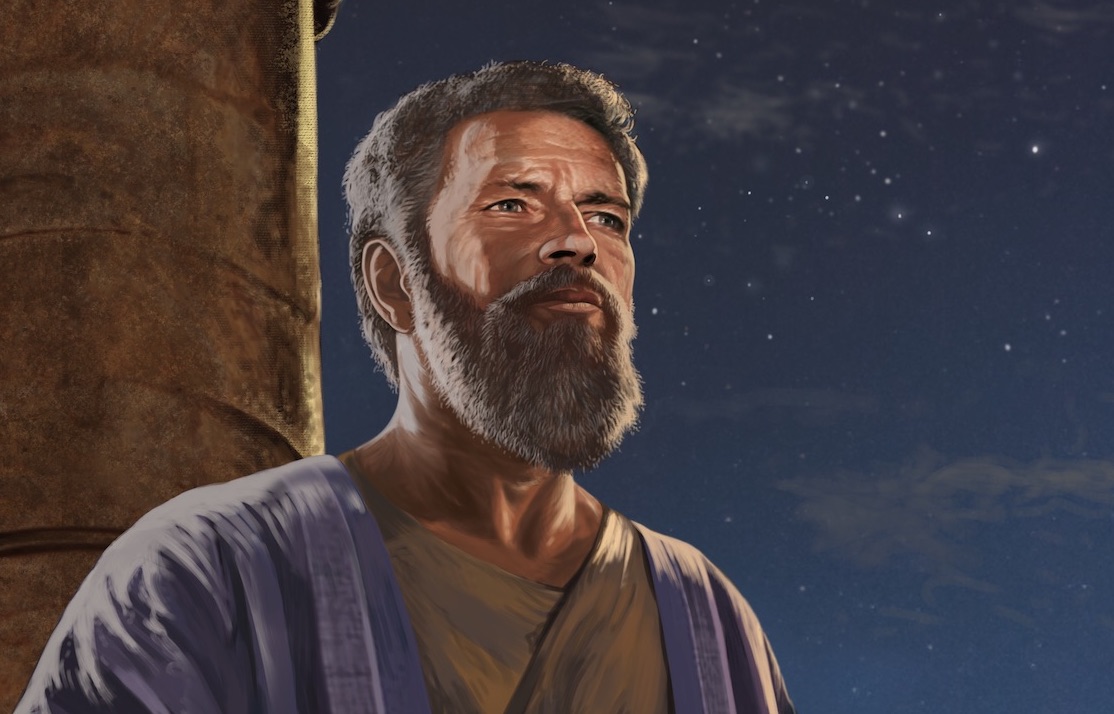 History records a man who lived 10 generations after a great flood who used celestial science to prove the existence of God. He was a skilled scientist, astronomer and mathematician. His astronomical discoveries shook the foundations of Babylonian religion. He heavily influenced Egyptian and Mesopotamian scientific thought. He led armies that altered the course of world history. And all this took place before he became the forefather of the Arab, Turk and Israelite peoples!

This man’s name was Abraham. Yes, the astounding evidence of both biblical and secular history proves that the patriarch Abraham was not only real; he exerted tremendous influence on the entire ancient world!

This influence is recounted in the writings of the Jewish historian Josephus, the Babylonian historian Berossus, the Roman historian Eusebius and others. These records reveal that Abraham used mathematics and astronomy to discredit the pagan priesthood of his time and to prove the existence of the one true God.

Chief Scientist of the Chaldeans

Abraham was born in the city of Ur, in the land of the Chaldees, sometime in the early second millennium b.c.e. This city was then near the outskirts of the rapidly expanding Old Babylonian Empire. The pagan Babylonian priesthood publicly taught the masses to believe that the sun, moon, stars and planets were gods. These priests used their knowledge of astronomy to predict the movements of the heavenly bodies, deceiving the masses into thinking they could communicate with the gods of the Babylonian pantheon (Israel Smith Clare, The Standard History of the World, Vol. 1).

This was the political climate into which Abraham was born.

Now consider the record of third-century b.c.e. Babylonian historian Berossus: “In the 10th generation after the Flood, there was among the Chaldeans a man righteous and great, and skillful in the celestial science” (emphasis added throughout). While Berossus doesn’t give this great scientist a name, first-century Jewish historian Josephus tells us that Berossus was writing about Abraham.

There is even an ancient hymn cited by Clement of Alexandria (second century c.e.) about “a certain unique man, an offshoot from far back of the race of the Chaldeans.” This man was “knowledgeable about the path of the star and how the movement of the sphere goes around the Earth, both in circular fashion, but each on its own axis.” The poem related that this chief scientist of the Chaldeans was the only man of his era to see Zeus, “the ruler of mortal men.”

Of course, ancient Greek poets tended to call the chief god of any religion by the name Zeus. The fact that this poem speaks of a Chaldean scientist who had a special relationship with “the mighty God” isn’t coincidence!

Fourth-century c.e. Roman historian Eusebius cited an earlier source by a man named Eupolemus (second century b.c.e.), titled Concerning the Jews of Assyria. Quoting this source, Eusebius says Abraham “surpassed all men in nobility and wisdom, who was also the inventor of astronomy and the Chaldaic art, and pleased God well by his zeal towards religion.”

Josephus further records that as a young man, Abraham “determined to renew and to change the opinion all men happened then to have concerning God; for he was the first that ventured to publish this notion, that there was but one God, the Creator of the universe” (Antiquities of the Jews, 1.7.1).

Abraham was teaching the people of Chaldea about the one true Creator!

The Babylonian priesthood established after the Flood by Nimrod and Semiramis was teaching the masses to believe that the sun, moon, stars and planets were manifestations of the gods. They deceived people into thinking priests could communicate with these gods. In addition to being a scientist, however, Abraham was a great teacher. He taught the people physics and mathematics, and showed them that celestial bodies moved according to preordained laws.

Josephus paraphrases Abraham’s words: “If these bodies had power of their own, they would certainly take care of their own regular motions; but since they do not preserve such regularity, they make it plain, that in so far as they cooperate to our advantage, they do it not of their own abilities, but as they are subservient to Him that commands them, to whom alone we ought justly to offer our honor and thanksgiving” (ibid).

Abraham taught the Chaldeans what the priests secretly knew: The movements of the stars and other heavenly bodies are one of the greatest proofs of God’s existence. The presence of law demands the presence of a lawgiver!

Abraham taught that the stars and planets were only physical objects created by the one true God. What many historians are unwilling to admit is that Abraham possessed advanced astronomical knowledge that would not be rediscovered for thousands of years. Josephus further records that Abraham wasn’t the first astronomer in his family. The study of astronomy originated with Seth, the third son of Adam. He wrote that “God gave [those who lived before the Flood] such long life that they might perfect those things which they had invented in astronomy” (Antiquities, 1.3.9).

Other records, such as Jean Lemaire de Belges’s Illustrations of Gaul and Peculiarities of Troy (1513), indicate that Noah had knowledge of maritime astronomy involving navigating by the stars, and that he established a college in ancient Armenia to teach religion and astronomy. This noble and elderly patriarch likely brought knowledge of mathematics, astronomy and other sciences from one side of the Flood to the other, passing it down from generation to generation to Abraham!

Father of the Faithful

When the pagan Babylonian priests gained power and influence, they lost patience with Abraham and his teachings about the one true God. Josephus records that the Chaldeans and other peoples of Mesopotamia “raised a tumult” against Abraham, forcing him to flee the country. Unlike the priests of this Babylonian mystery religion, Abraham refused to teach lies to receive the praise of men. These pagan religious leaders would have killed Abraham for publishing the truth and likely did kill his older brother Haran. The Bible records only that “Haran died in the presence of his father Terah in the land of his nativity, in Ur of the Chaldees” (Genesis 11:28). Josephus adds that a monument was erected in Haran’s honor, and that “Terah [hated] Chaldea, on account of his mourning for Haran” (Antiquities, 1.6.5).

Many historians are unwilling to admit that Abraham possessed advanced astronomical knowledge that would not be rediscovered for thousands of years.

While Terah himself fell into idol worship, Abraham never lost faith in the existence of the great Creator of the universe.

To recount all the various histories of the things Abraham suffered during this period would fill many pages. Through his trials and tribulations, however, Abraham stayed faithful to his belief in God. And when Abraham was 75 years old, God Himself actually appeared to him and spoke to him to make a covenant that would change the course of history!