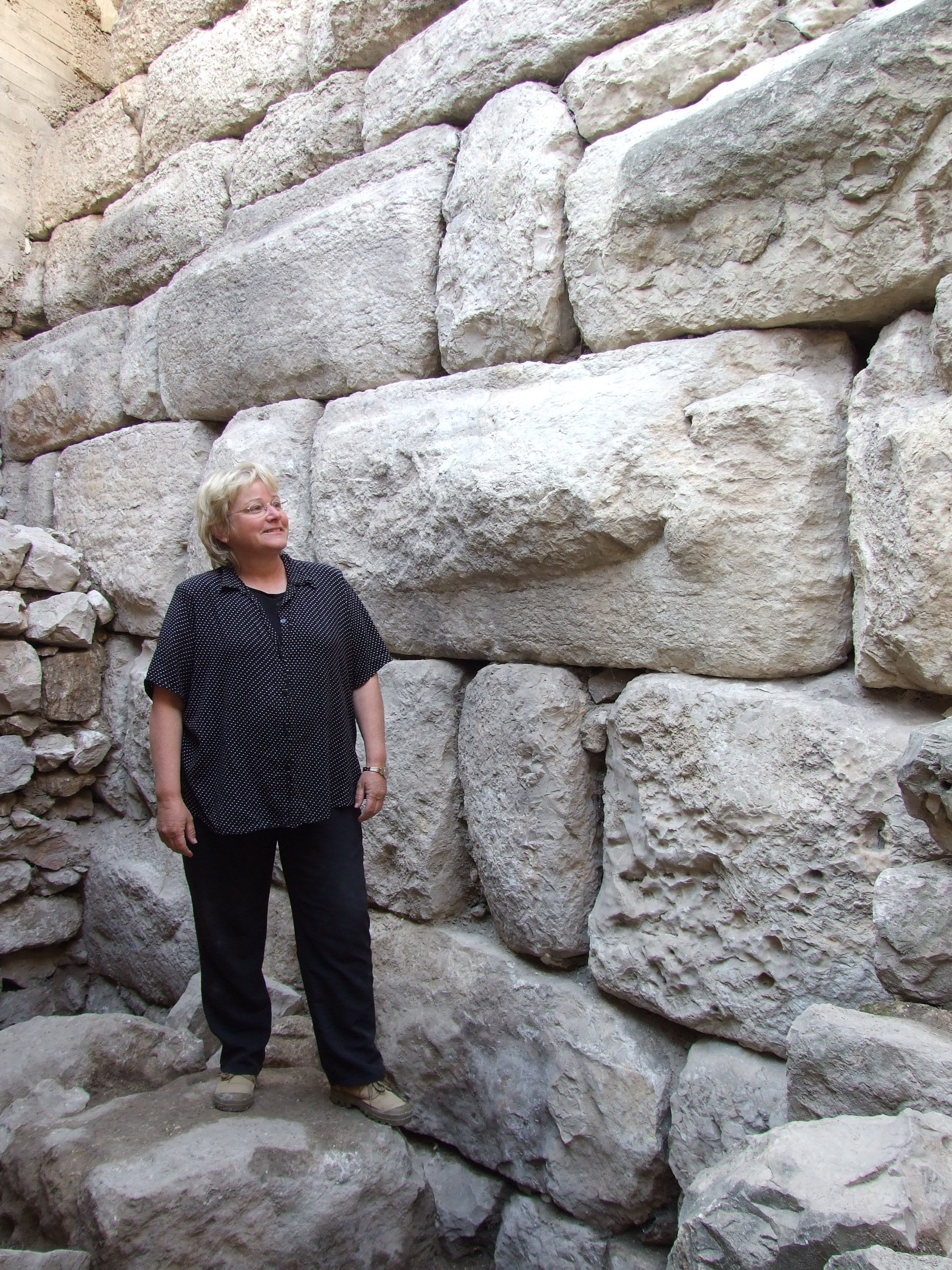 JERUSALEM—A section of an ancient city wall of Jerusalem from the 10th century B.C.E.—possibly built by King Solomon—has been revealed in archaeological excavations directed by Dr. Eilat Mazar and conducted under the auspices of the Hebrew University of Jerusalem. The wall, 70 meters long and 6 meters high, is located in the area known as the Ophel, between the City of David and the southern wall of the Temple Mount.

Uncovered in the city wall complex were an inner gatehouse for access into the royal quarter of the city, a royal structure adjacent to the gatehouse, and a corner tower that overlooks a substantial section of the adjacent Kidron Valley.

The excavations in the Ophel area were carried out over a three-month period with funding provided by Daniel Mintz and Meredith Berkman, a New York couple interested in biblical archaeology. The excavations were carried out in cooperation with the Israel Antiquities Authority, the Israel Nature and Parks Authority, and the Company for the Development of East Jerusalem. Archaeology students from the Hebrew University of Jerusalem, volunteer students from Herbert W. Armstrong College in Edmond, Oklahoma, and hired workers all participated in the excavation work.

“The city wall that has been uncovered testifies to a ruling presence. Its strength and form of construction indicate a high level of engineering,” Mazar said yesterday. The city wall is at the eastern end of the Ophel area in a high, strategic location atop the western slope of the Kidron Valley.

“A comparison of this latest finding with city walls and gates from the period of the First Temple, as well as pottery found at the site, enable us to postulate with a great degree of assurance that the wall is that which was built by King Solomon in Jerusalem in the latter part of the 10th century B.C.E.,” said Mazar.

“This is the first time that a structure from that time has been found that may correlate with written descriptions of Solomon’s building in Jerusalem,” she added. “The Bible tells us that Solomon built—with the assistance of the Phoenicians, who were outstanding builders—the temple and his new palace and surrounded them with a city, most probably connected to the more ancient wall of the City of David.” Mazar cited 1 Kings 3:1, where it says Solomon “made an end of building his own house, and the house of the Lord, and the wall of Jerusalem round about.”

The 6-meter-high gatehouse of the uncovered city wall complex is built in a style typical of those from the period of the First Temple like Megiddo, Beersheva and Ashdod. It has a symmetrical plan of four small rooms, two on each side of the main passageway. Also there was a large, adjacent tower, covering an area of 24 by 18 meters, which was intended to serve as a watchtower to protect entry to the city. The tower is located today under the nearby road and still needs to be excavated. 19th-century British surveyor Charles Warren, who conducted an underground survey in the area, first described the outline of the large tower in 1867 but without attributing it to the era of Solomon.

“Part of the city wall complex served as commercial space and part as security stations,” explained Mazar. Within the courtyard of the large tower there were widespread public activities, she said. It served as a public meeting ground, as a place for conducting commercial activities and cult activities, and as a location for economic and legal activities.

Pottery shards discovered within the fill of the lowest floor of the royal building near the gatehouse also testify to the dating of the complex to the 10th century B.C.E. Found on the floor were remnants of large storage jars, 1.15 meters in height, that survived destruction by fire and that were found in rooms that apparently served as storage areas on the ground floor of the building. On one of the jars there is a partial inscription in ancient Hebrew indicating it belonged to a high-level government official.

“The jars are the largest ever found in Jerusalem,” said Mazar, adding that “the inscription on one of them shows that it belonged to a government official, apparently the person responsible for overseeing the provision of baked goods to the royal court.”

In addition to the pottery shards, cult figurines were also found in the area, as were seal impressions on jar handles with the word “to the king,” testifying to their usage within the monarchy. Also found were seal impressions (bullae) with Hebrew names, further indicating the royal nature of the structure. Most of the tiny fragments uncovered came from intricate wet sifting done with the help of the salvaging Temple Mount Sifting Project, directed by Dr. Gabriel Barkai and Zachi Zweig, under the auspices of the Nature and Parks Authority and the Ir David Foundation.

Between the large tower at the city gate and the royal building, the archaeologists uncovered a section of the corner tower that is 8 meters long and 6 meters high. The tower was built of carved stones of unusual beauty.

East of the royal building, another section of the city wall that extends for some 35 meters also was revealed. This section is 5 meters high and is part of the wall that continues to the northeast and once enclosed the Ophel area.

The story of an ancient king-priest relationship between Hezekiah and Isaiah as told through the biblical narrative and supported by archeological evidence. Order this free 40 page full color brochure.