A Word From Jeremiah About the Mt. Meron Tragedy 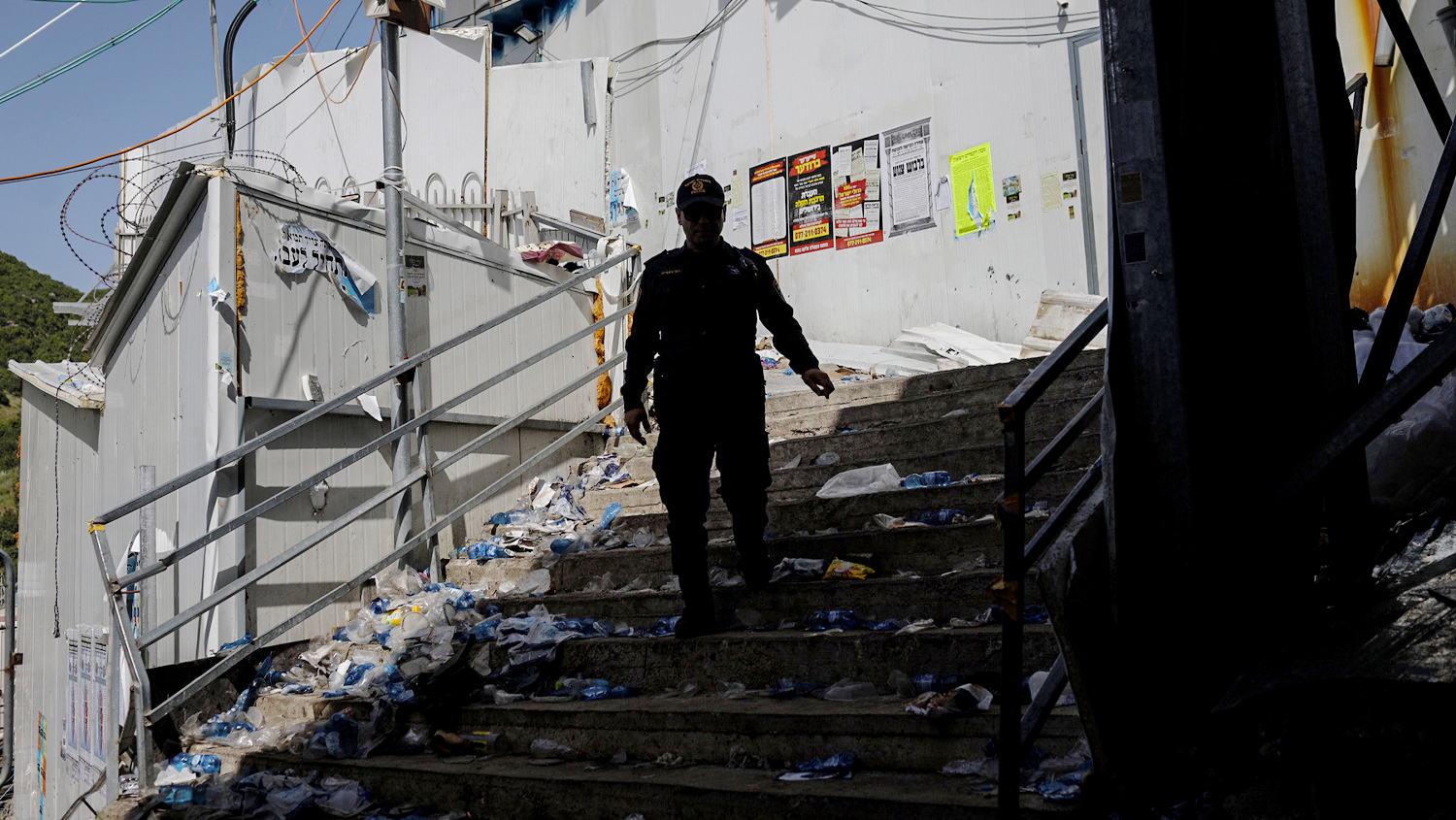 30 April 2021, Israel, Mount Meron: An Israeli security official walks down stairs at the Jewish Orthodox pilgrimage site of Mount Meron, where dozens of worshippers were killed in a stampede during the Jewish religious festival of Lag Ba’Omer in northern Israel early on Friday.
Ilia Yefimovich/picture alliance via Getty Images
From the May 2021 Watch Jerusalem Print Edition

In the early hours of Friday, April 30, 45 people (including children) were killed and over 150 wounded after a crowd crush at a choke point on Mount Meron. The tragedy occurred in the men’s section of the Lag B’Omer celebrations, an annual commemoration of the revered second-century c.e. sage and mystic, Rabbi Shimon bar Yochai.

This was Israel’s greatest civil disaster since the nation’s founding in 1948.

With the dead now buried and the shock beginning to dissipate, many are searching for answers. How did this happen? The site was a known danger zone, yet thousands were allowed to gather there. Several parties have been blamed, including the police, those who built the site, the government, the Ultra-Orthodox community and the event’s organizers. Some have even blamed the tragedy on inappropriately dressed women.

Amid all the commotion, one tidbit jumped out at me.

In an interview just hours before the disaster with the Haredi radio station Kol Hai, Interior Minister Aryeh Deri recalled how he had successfully prevented Health Ministry officials from limiting the number of attendees over coronavirus fears. In his discussion with the government, “Deri lamented that the professional echelon at the ministry did not grasp that attendees would be protected by the spiritual influence of Rabbi Shimon Bar Yochai….” (Times of Israel, May 2; emphasis added throughout)

Speaking on national radio, “Deri suggested that bad things don’t happen to Jews on religious pilgrimage: ‘The government clerks don’t understand. This is a holy day, and the largest gathering of Jews [each year]. One should trust in Rabbi Shimon in times of distress …’”

Psalm 146:3-5 say, “Put not your trust in princes, Nor in the son of man, in whom there is no help. His breath goeth forth, he returneth to his dust; In that very day his thoughts perish. Happy is he whose help is the God of Jacob, Whose hope is in the Lord his God.”

The words of Jeremiah, King David and other biblical figures are clear and powerful: Do not put your trust in man—even if he is one of the great princes in the land! Why shouldn’t we put our faith in men? Because they too perish—they too are mortal humans!

The Mount Meron tragedy reminds me of another colossal civil tragedy, one in which man displayed a similar confidence in human talent and ability: the sinking of the Titanic. This colossal vessel was so impressive, many said it was “unsinkable.” Some even said, “God Himself couldn’t sink this ship.”

Everyone knows the outcome. On its maiden voyage, in what new research shows was an almost impossible alignment of multiple events and circumstances only just sufficient to sink the ship, the Titanic sunk. More than 1,500 men, women and children died.

Following the Titanic disaster in 1912, one English religious leader said: The “Titanic, name and thing, will stand as a monument and warning to human presumption.” A United States senator stated in the investigation that followed: “Overconfidence seems to have dulled the faculties usually so alert.”

In Amos 6:3, the prophet aptly describes the human tendency to “put far away the evil day.” It is difficult for humans to accept the truth, to believe that our actions may end in disaster. Human nature overestimates its talents and abilities; it trusts human strength.

Jeremiah 17 is a strong warning to us all: We must trust God, not any man—no matter how impressive he might be.

To those willing to trust God, Jeremiah has comforting words. “Heal me, O Lord, and I shall be healed; Save me, and I shall be saved; For Thou art my praise” (verse 14). Jeremiah wrote these words just prior to the final destruction of Jerusalem in 586 b.c.e.

Like so many today, King Zedekiah refused to listen to Jeremiah’s admonition to trust God. And because Zedekiah didn’t trust God, Judah experienced ruin.

In the throes of this terrible calamity, the Prophet Jeremiah cried out to God. “Be not a ruin unto me; Thou art my refuge in the day of evil” (verse 17). Jeremiah’s words about whom to trust—and how to have peace and comfort during times of great tragedy—are just as fitting today as they were 2,600 years ago.

As the nation grapples with what happened at Mount Meron, we would do well to study Jeremiah 17. Instead of leveling all the blame on the police or Ultra-Orthodox leaders or women or even God, we need to look harder and deeper. As a nation and people, but also individually, we need to meditate on a more important question: In whom do I trust?