Evidence against the existence of kosher laws? Hardly; rather, a fascinating parallel to a contemporary Bible passage
By Christopher Eames • July 27, 2021 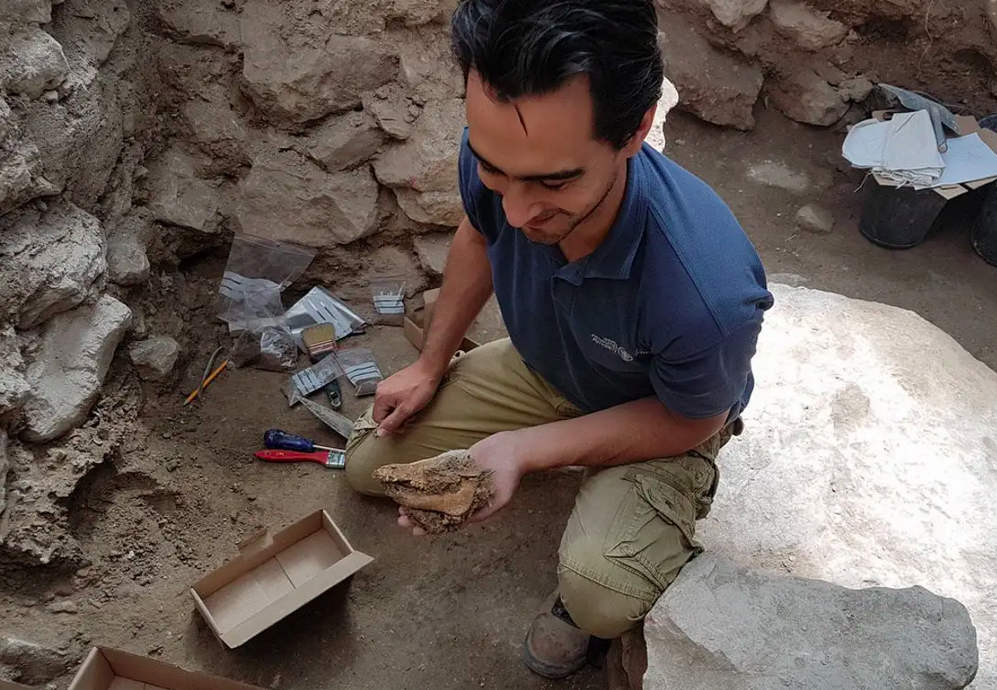 During recent excavations in Jerusalem’s City of David, a small pig was discovered. The skeleton, though complete, was crushed by vessels and part of a wall, the result of the collapse of the ancient building that housed it.

The excavations, led by Joe Uziel of the Israel Antiquities Authority, took place near the Gihon Spring in what was an apparently wealthy, four-room Jerusalem building. Together with the piglet were the remains of several other animals, such as cattle, sheep, goats, birds and fish. These bones showed cut marks and burning, evidence that this location was used for butchering food. The archaeologists believe that the pig likewise was “destined for the pot,” but was crushed alive during some kind of incident (perhaps an earthquake; more on this further down). The shape of the skull indicated that it was a domestic pig, and the remains date to the eighth century b.c.e.

And as such, the find fits remarkably well with a specific Bible passage.

The piglet’s discovery has fed into a theory that biblical “kosher” laws weren’t in existence at this time, but were invented in later centuries. This is contrary to the biblical account, which places the detailed instructions regarding clean and unclean foods (Leviticus 11 and Deuteronomy 14) nearly 1,000 years earlier (and further makes such “clean-and-unclean” distinctions even before the Flood—Genesis 7).

Additionally, the ancient existence of such laws is something Levantine archaeology has long attested to. Early Israelite sites have long been noted for their comparable dearth of pig remains, especially compared to neighboring Philistine and Canaanite sites. Overall, pig remains at Jewish First Temple Period sites, compared to other fauna, stand at about 2 percent. This comparatively low number (yet still present, readily explained by the all-too-often disobedience of the Israelites) has been traditionally explained as evidence of the existence of a taboo against eating pork.

Yet an emerging theory is that pork was eschewed not because of any existing laws, but simply because pigs were less suited to the rural environment. Haaretz’s Ariel David summarized the words of Tel Aviv University archaeozoologist Lidar Sapir-Hen, a leading proponent of this theory, in connection to the new discovery from Jerusalem: “All of this indicates that the tendency to eschew pork in the Iron Age cannot be linked to a specific ethnic identity or to the biblical prohibition, Sapir-Hen concludes. Pigs were only a small part of the Levantine diet most probably because other animals, especially goats, sheep and cattle, were more suited to the local environment and economy.”

Yet the new discovery of these pig remains does fit, rather brilliantly, with another passage of Scripture entirely.

The Prophet Isaiah was on the scene in Jerusalem throughout much of the eighth century b.c.e. Known as a “royal prophet,” he is recognized for some of the most hope-filled messages of all the first temple prophets. Still, his work contained a strong warning from God for disobedience, such as the following sins of the Jewish population: “I have spread out My hands all the day Unto a rebellious people, … That eat swine’s flesh, And broth of abominable things is in their vessels …. They that sanctify themselves and purify themselves To go unto the gardens, Behind one in the midst, Eating swine’s flesh, and the detestable thing, and the mouse, Shall be consumed together, saith the Lord” (Isaiah 65:2, 4; 66:17).

The prophet evidently observed a degree of pork consumption in Jerusalem during the eighth century b.c.e. and firmly condemned it. Interestingly, during excavations slightly further north of the City of David, Dr. Eilat Mazar discovered the personal seal stamp of Isaiah among remains of the same period; and among the same strata, a small scattering of pig remains.

Finally, of note is the nature of the collapsed building that contained the piglet. Citing Joe Uziel, the excavation director, Ariel David wrote: “We don’t know the cause of the building’s collapse, as there is no known major destruction event in Jerusalem in the eighth century b.c.e. … It may have been destroyed by an earthquake or a more localized event, he speculates.”

Indeed, it was during the middle part of the eighth century b.c.e. that “Amos’s earthquake” hit—an earthquake described in the Bible as “the earthquake” (Amos 1:1). The Prophet Isaiah, early in his work, warned the “City of David” of just such a dramatic earthquake (Isaiah 29:1, 6), and the historian Josephus wrote about the devastation caused specifically to Jerusalem. Archaeologists have discovered incredible evidence of this quake all around Israel, to the point of estimating its magnitude at 8.2—“the largest yet documented on the Dead Sea Transform fault zone during the last four millennia,” writes Dr. Steven Austin. Perhaps this earthquake, mentioned by several Bible prophets, led to the collapse of this City of David structure. (For more on this subject, read our article “Amos’s Earthquake: A Mountain of Evidence.”)

Rather than serving to dispute the biblical account of when kosher laws were written, this fascinating new discovery stands in perfect parallel: proof of the Jerusalemite consumption of forbidden pork, specifically during the eighth century b.c.e., and proof that no matter when the kosher laws were written, there were those in Israelite society who paid no heed—right up to today.

Get Our Magazine Request your free subscription
to Watch Jerusalem magazine
Subscribe
Related
Offers
Mystery of the Ages
Did you ever ask yourself: “Who am I? What am I? Why am I?” You are a mystery. The world about you is a mystery. Now, you can understand!
Request Now