Iran Has Its Sights on Jordan

Will Tehran take over the Hashemite Kingdom?
By Mihailo S. Zekic • July 26 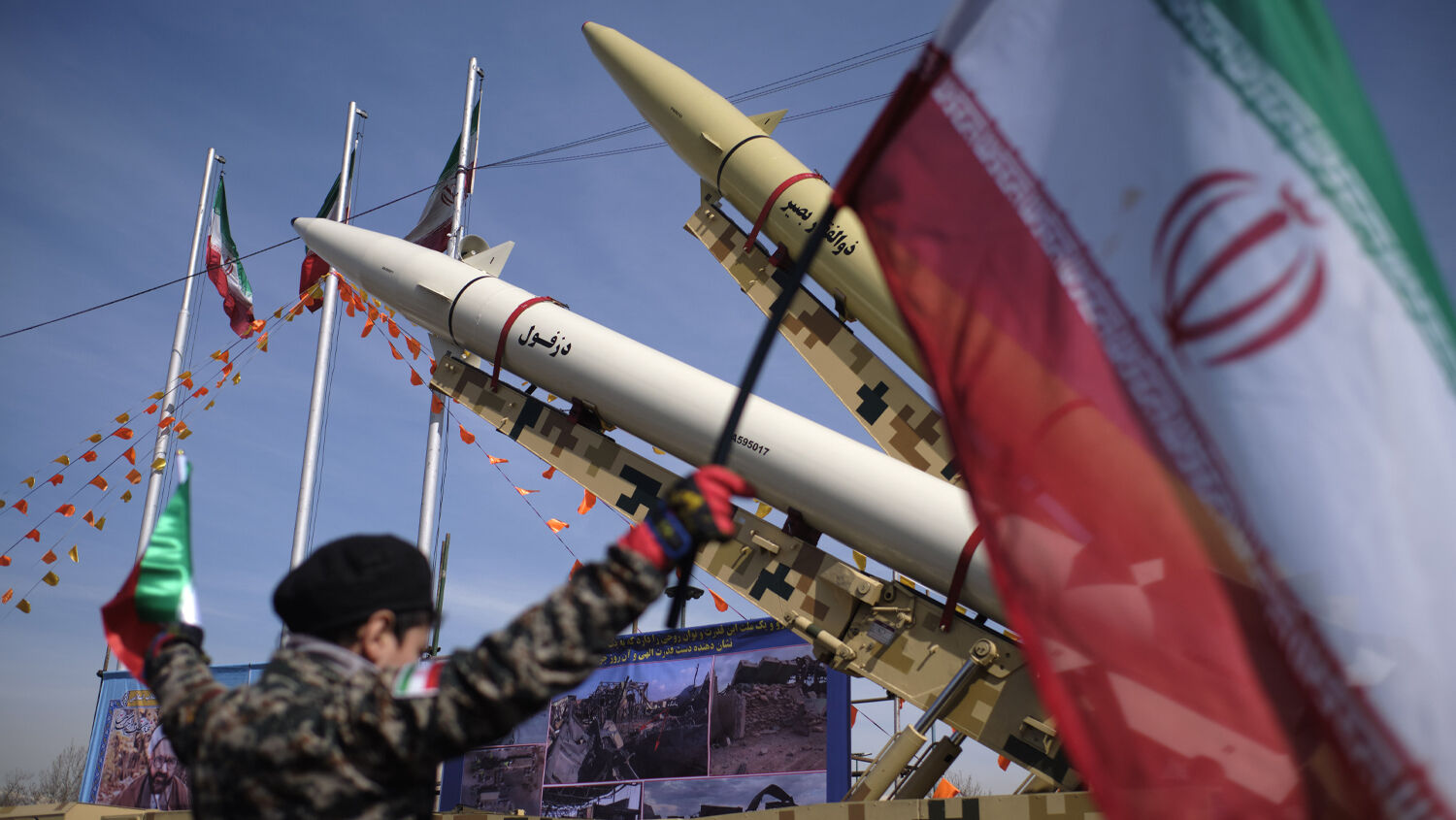 Jordanian King Abdullah ii discussed with cnn’s Fareed Zakaria in a July 25 interview Iran’s threatening military activity. The king explained his fears of Iran’s improving ballistic technology. He highlighted how Iranian missiles have hit American forces in Iraq and Saudi Arabian territory and threaten Israel from Syria and Lebanon. “What misses Israel sometimes lands in Jordan,” he said. “We do have these concerns.”

“And add to that increased cyberattacks on many of our countries, the firefights on our borders have increased almost to the times when we were at the high end with [the Islamic State],” he said. “And unfortunately, Jordan has been attacked by drones that have come out that are Iranian signature that we’ve had to deal with.” He said these problems are “escalating.”

Zakaria questioned the king about the attempted coup in Jordan earlier this year, specifically asking about Saudi Arabia’s potential involvement. King Abdullah ii was reserved about implicating the Saudis. “Finger-pointing does not help at all,” he said. Yet he didn’t have any problem pointing out Iran on other issues. This may suggest the king sees Iran as the greater threat, and he’s apparently not afraid to call out Iran’s activities in the region.

Nobody blames him. The Islamic Republic of Iran is not like other Middle Eastern dictatorships. Its foreign policy is guided by an ideology of exporting Islamic revolution abroad. Its proxy empire includes the Assad regime in Syria, Hamas in Gaza, Hezbollah in Lebanon, the Houthis in Yemen, the Shiite militias in Iraq, al-Shabaab in Somalia and others. And Iran is always looking to add new conquests.

Jordan’s proximity to Israel and internal problems make it an obvious target.

These aren’t the only jabs Iran has aimed at Jordan lately. In 2018, according to Iran Front Page, Iranian Brig. Gen. Ahmad Reza Pourdastan boasted of Tehran’s intelligence infiltration in its neighbors. “We know what exists in the [military] bases of Jordan, [the United Arab] Emirates, Qatar and Saudi Arabia; know the number of vessels of enemies in the Persian Gulf; and are even familiar with how the enemy would behave,” he reportedly said.

However, Iran-Jordan relations aren’t clear-cut. The two nations have a bit of a love-hate relationship.

Last month, the Jordanian government agreed to allow Iraq to export oil from Jordanian ports. As we’ve noted before, Iran controls Iraq’s Armed Forces and much of “Iraqi” oil is actually Iranian. The agreement was enough for the Jerusalem Post to declare that “Jordan is now allies with Iran.”

Jordan has also been encouraging visits from Iranian tourists. Amman hopes that “Iranian religious tourism will breathe life back into Jordan,” according to Jordanian royal adviser Zaid Nabulsi.

Should we worry about Jordan becoming an Iranian proxy?

Jordan may try to take advantage of Iran economically, but the king’s recent comments show that he doesn’t see Iran as a friend.

Jordan is a unique country in the Arab world. The rest of the Middle East has had to deal with one bout of chaos after another. Revolutions, civil wars, foreign invasions, ironfisted dictatorships and total anarchy are the norm. But Jordan has avoided much of that. Zakaria called Jordan “an island of stability in a very rough neighborhood.” He asked King Abdullah ii about how far Jordan has come. The king responded:

We’re celebrating our centennial, and if you look at the history of our country, with all the shocks—and most of them external—it’s just amazing that Jordan is still Jordan. … We do live in a difficult neighborhood, and you’ve got to wake up in the morning to look at the glass half full.

It is really amazing that “Jordan is still Jordan.” Is there a reason for this?

Watch Jerusalem readers are familiar with our coverage of Iran’s expansion in the Middle East. We follow this because Iran fulfills a pivotal prophecy in the Bible. You can find this prophecy in Daniel 11:40-43:

And at the time of the end shall the king of the south push at him: and the king of the north shall come against him like a whirlwind, with chariots, and with horsemen, and with many ships; and he shall enter into the countries, and shall overflow and pass over. He shall enter also into the glorious land, and many countries shall be overthrown: but these shall escape out of his hand, even Edom, and Moab, and the chief of the children of Ammon. He shall stretch forth his hand also upon the countries: and the land of Egypt shall not escape. But he shall have power over the treasures of gold and of silver, and over all the precious things of Egypt: and the Libyans and the Ethiopians shall be at his steps.

As Watch Jerusalem editor in chief Gerald Flurry explains in his booklet The King of the South (request your free copy), “the king of the south” in this prophecy refers to radical Islam, led by Iran. The “king of the north” refers to a Catholic European superpower, led by Germany.

The prophecy also shows which countries will be in Iran’s Islamist camp. They include Egypt, Libya and Ethiopia. The king of the north—Europe—will overwhelm and conquer all of the Islamist bloc. It will also “overthrow” the “glorious land” (the Holy Land, modern Israel). But notice which countries “escape out of his hand”: “Edom, and Moab, and the chief of the children of Ammon.” Who are all these people?

Edom, Moab and Ammon were ancient civilizations all located in what is Jordan today. The famed ancient ruins of Petra in southern Jordan were once the Edomite capital. Jordan’s capital city, Amman, gets its name from the Ammonite civilization. This shows that little Jordan escapes the king of the north’s blitzkrieg. This implies that Jordan will not be allied with or become a proxy of Iran.

But there is more to this prophecy than meets the eye.

Even as major, powerful countries in the region like Israel, Iran and Egypt are overthrown, Jordan will still be Jordan. Jordan will be a small “island of stability in a very rough neighborhood.” This isn’t a coincidence. Jordan will be spared by the king of the north for a very definite purpose. To understand Jordan’s place in these prophetic events, please request, The King of the South.