Don’t ignore what’s going on in the Horn of Africa.
By Mihailo S. Zekic • August 18 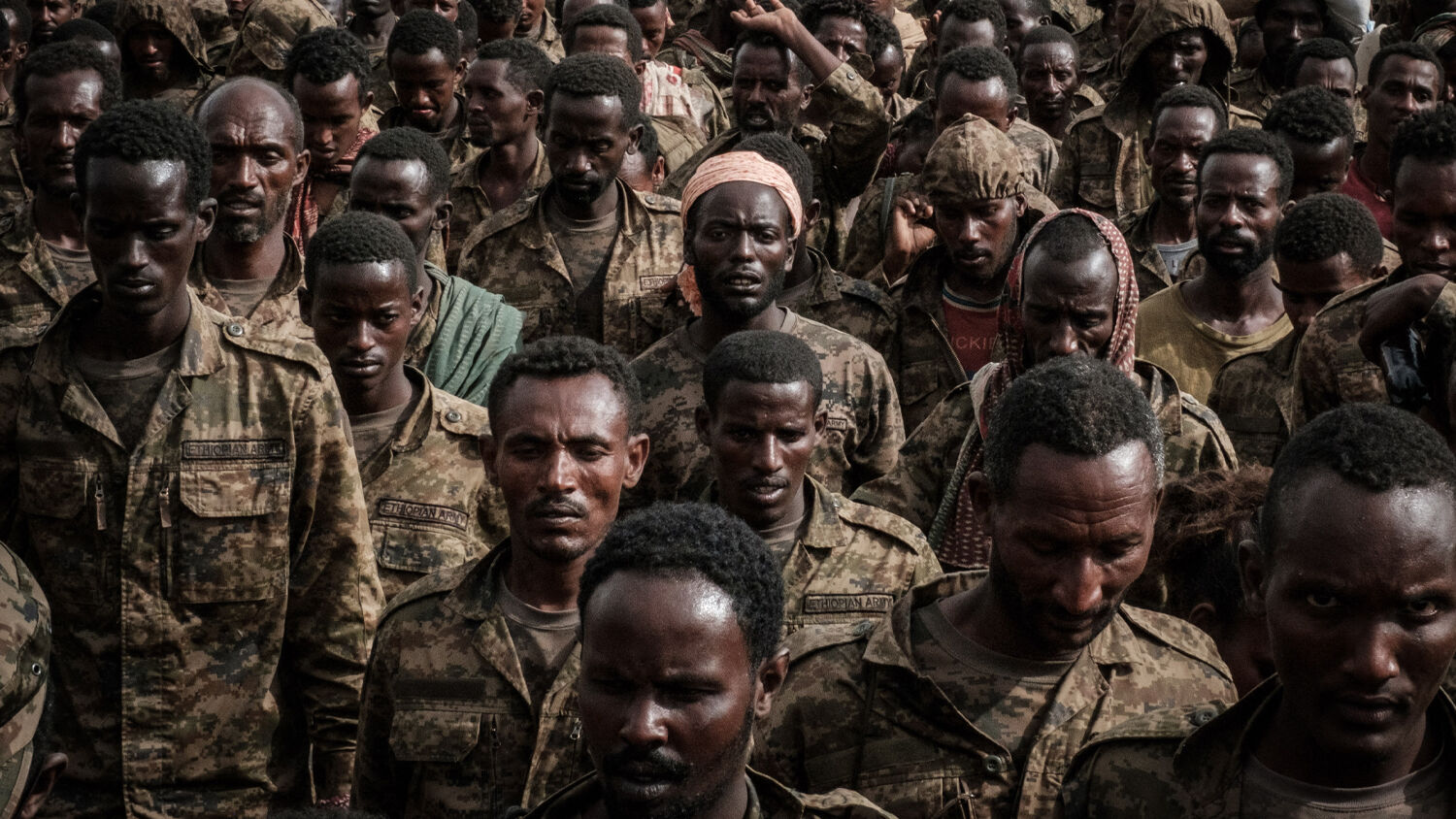 Since November, Ethiopia has been sucked into a civil war pitting the federal government against the Tigray People’s Liberation Front. The war in Ethiopia, a country of over 100 million people, was already complex. But two recent developments could be legitimate game changers in the conflict. One of them is the Liberation Front’s alliance with the Oromo Liberation Army.

After negotiating for six weeks, the Tigray People’s Liberation Front (TPLF) and the Oromo Liberation Army (OLA) have finally agreed to form an alliance, Bloomberg reported on August 11. The OLA is a splinter of the Oromo Liberation Front, a terrorist organization previously granted amnesty by Prime Minister Abiy Ahmed. “There is an agreement on understanding each other to cooperate on a military alliance,” said OLA leader Kumsa Dirriba.

“It’s only natural that we work together with people who have a stake in the future of the Ethiopian state,” TPLF spokesperson Getachew Reda told Reuters.

The Tigray ethnic group make up only 5-7 percent of Ethiopia’s population. But since the early 1990s, the Tigray People’s Liberation Front has ruled the country with an iron fist. Abiy Ahmed, an ethnic Oromo, became prime minister in 2018. (The Oromo are Ethiopia’s largest ethnic group, at about 35 percent.) Since then, he’s tried to squash the influence of the Tigray People’s Liberation Front. But the Tigray had sizable armed forces of their own. The Tigray recaptured Mek’ele, the Tigray region’s capital, in June.

What Abiy was hoping to be a quick and decisive victory is turning into a crisis that could transform Ethiopia.

Meanwhile, the Amhara and Oromo ethnic groups started their own conflict in April. The Amhara and the Tigray aren’t friends; many Amhara claim that the Tigray are occupying their rightful land. The Tigray and the Oromo then may be forming an alliance of convenience to counter the Amhara. As the old adage goes, “The enemy of my enemy is my friend.”

The situation is compounded by Ethiopia’s complex religious situation. Forty-four percent of the population are Ethiopian Orthodox Christians. Thirty-four percent are Muslim. Protestants, especially evangelical Christians, make up a sizable minority at roughly 20 percent. The Tigray and Amhara are traditionally Ethiopian Orthodox Christian. The Oromo are traditionally Muslim. Abiy, although an Oromo, is Pentecostal.

The other major development is the involvement with Djibouti.

The Tigray have now been accused of massacring people of the Afar ethnic group in Afar province. Afar is located in the north of Ethiopia, bordering the countries of Eritrea and Djibouti. The Afar people are mostly Muslim. While making up less than 2 percent of Ethiopia, 30 percent of Djibouti is Afar. Djibouti is showing solidarity with its Afar brothers across the border. Tadjoura, Djibouti’s second-largest city, hoisted the flag of Ethiopia’s Afar province in a show of support.

Ethiopia is a landlocked country. Djibouti is a small slice of land bordering the Bab el-Mandeb strait, the gateway connecting the Red Sea with the Indian Ocean. Most of Ethiopia’s seaborne trade comes through Djibouti. It’s estimated that 95 percent of Ethiopia’s cargo traffic travels on the highway between Addis Ababa and Djibouti. The Tigray are trying to take control of the Addis-Djibouti Corridor, a transportation network connecting Djibouti with Ethiopia’s capital, Addis Ababa. If they do so, this could cripple Ethiopia’s struggling economy.

Abiy is taking this very seriously. He recently said, “Now is the right time for all capable Ethiopians who are of age to join the defense forces, special forces and militias to show your patriotism. Every Ethiopian must work closely with the security forces.” Abiy is calling for war.

What will be the outcome?

The Tigray, while well-armed, make up only a fraction of Ethiopia’s population. The Oromo are Ethiopia’s largest ethnic group. If the Tigray could get the Oromo on their side, this could give the Oromo as a whole greater say in how things are run in the country.

Djibouti could also be drawn deeper into the conflict. Djibouti is small and weaker than Ethiopia, but its two largest ethnic groups are also found in Ethiopia. The Tigray could cross the border in another ethnic war. Or Djibouti could send soldiers to help their Afar brothers. Eritrea, another country in the Horn of Africa and longtime enemy of the Tigray, already has its armies in Ethiopia fighting the Tigray People’s Liberation Front.

This won’t stay a local issue; it won’t even remain a merely regional issue for East Africa. A source Watch Jerusalem relies on forecasts that what is happening in Ethiopia will impact the world.

That source is the Holy Bible.

“And at the time of the end shall the king of the south push at him: and the king of the north shall come against him like a whirlwind, with chariots, and with horsemen, and with many ships; and he shall enter into the countries, and shall overflow and pass over. He shall enter also into the glorious land, and many countries shall be overthrown …. He shall stretch forth his hand also upon the countries: and the land of Egypt shall not escape. But he shall have power over the treasures of gold and of silver, and over all the precious things of Egypt: and the Libyans and the Ethiopians shall be at his steps” (Daniel 11:40-43).

This prophecy dates to “the time of the end,” the time we’re living in now. It features two world power blocs: a “king of the north” and a “king of the south.” In this case, the king of the north refers to a revival of the Holy Roman Empire forming today in Europe. (Please request a free copy of History and Prophecy of the Middle East, by Watch Jerusalem executive editor Stephen Flurry, for more information.)

The king of the south refers to radical Islam, led by Iran. It is a regional power with a pushy, provocative foreign policy. It has a proxy empire stretching into Muslim countries like Egypt and Libya. Iran is one of the region’s biggest economies and commands a hefty military. Its government exports Islamic terrorism worldwide. Its proxy empire includes terror groups, militias and even governments around the world. Iran has a proxy presence in Iraq, Syria, Lebanon, Gaza, Yemen, Somalia, etc.

The Bible says Ethiopia is included in its proxy empire. But Ethiopia is a majority Christian country and nowhere near the Persian Gulf. Why would Iran be interested in Ethiopia?

Iran already has a terrorist proxy in al-Shabaab in Somalia. (The CIA World Factbook estimates there may be almost 3 million ethnic Somalis in Ethiopia.) It supports the Muslim Brotherhood in Egypt. Africa is a region of interest for Tehran. And Iran is known for taking advantage of its neighbors’ crises.

If the Muslim Oromo take a more prominent role in Ethiopia’s civil war, it could be the opportunity Iran has been waiting for.

“[Y]ou need to watch Libya and Ethiopia. They are about to fall under the heavy influence or control of Iran, the king of the south,” writes Watch Jerusalem editor in chief Gerald Flurry in his free booklet The King of the South. “That is why they are subdued in the king of the north victory.”

Mr. Flurry continues: “Whoever heavily influences or controls Ethiopia will undoubtedly also control the small areas of Eritrea and Djibouti on the Red Sea coastline. These areas only recently became independent of Ethiopia. Also, I believe the Bible view is that these small areas are included as a part of Ethiopia.”

Both Djibouti and Eritrea are getting pulled into the current conflict. The crisis that is sinking Ethiopia could drag Eritrea and Djibouti down with it.

To learn more, please request a free copy of The King of the South.