Will he change the course of Iranian foreign policy?
By Joshua Taylor • August 27 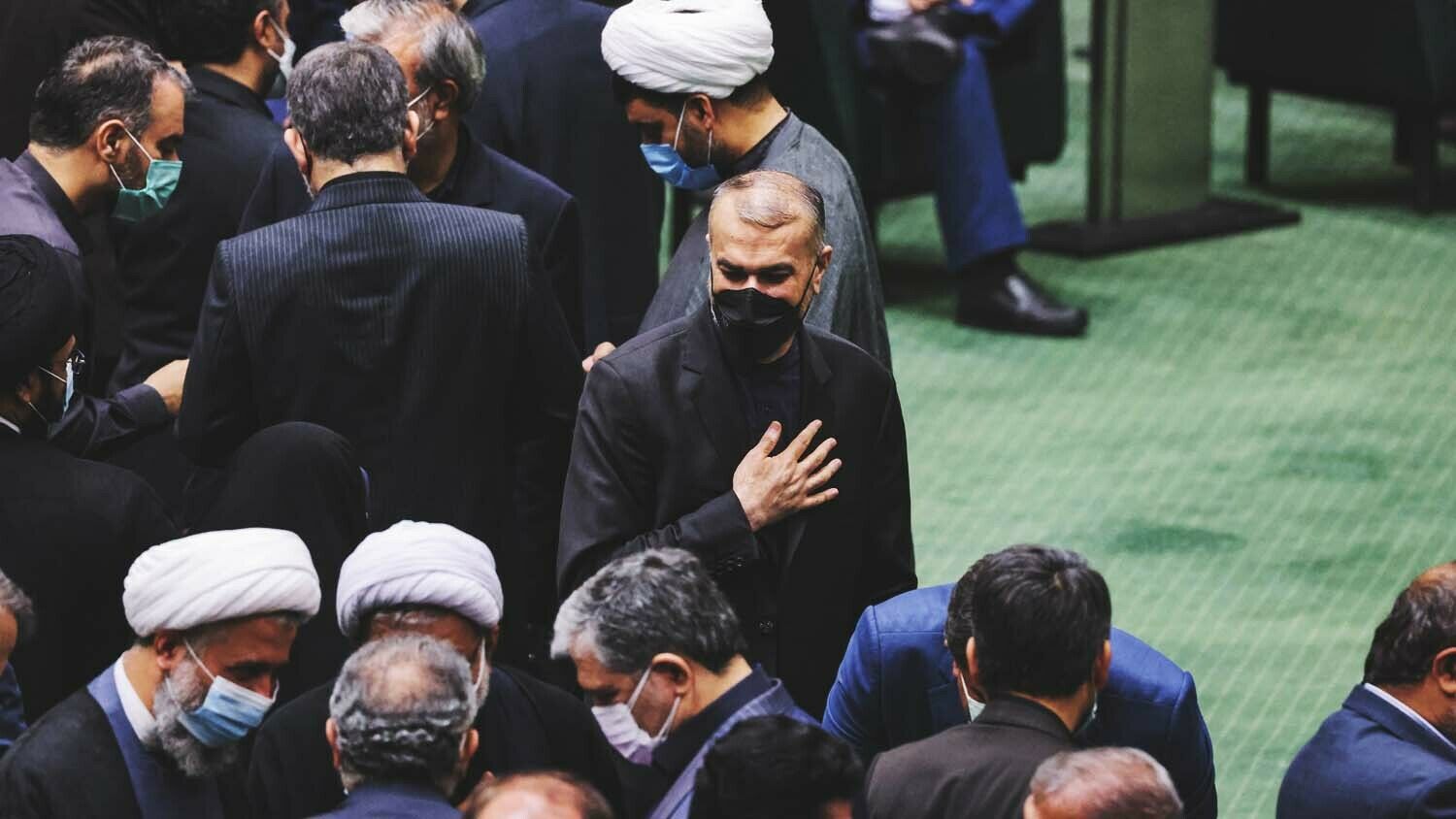 Hossein Amir-Abdollahian, the new candidate for foreign minister, looks on during a parliament session to review the new president’s cabinet selection in the capital Tehran on August 21.
ATTA KENARE/AFP VIA GETTY IMAGES

Hossein Amir-Abdollahian is expected to replace Mohammed Javad Zarif as Iran’s foreign minister. On August 11, Iranian President Ebrahim Raisi listed Abdollahian alongside other cabinet picks he presented to the Iranian parliament for its approval. It is unlikely that the token parliament will challenge any of Raisi’s nominations.

But who is Abdollahian and how will this affect Iran’s foreign policy going forward?

Abdollahian is an experienced diplomat. He served as Iran’s ambassador to Bahrain from 2007 to 2010. He was the deputy foreign minister for Arab and African Affairs from 2011 to 2014. He has most recently been serving as an adviser for international affairs for Iranian speakers of parliament.

His time as deputy foreign minister was the most significant. He was responsible for the implementation of foreign policy in Syria, Iraq and Yemen. According to Abdollahian, this put him in regular contact with the Islamic Revolutionary Guard Corps, allowing him to develop a strong working relationship with the irgc as it increased its activity in the region. The irgc eventually made Abdollahian its chief liaison officer. He also became the corps’ unofficial spokesman in diplomatic circles and the media.

Abdollahian also worked closely with former leader of the irgc’s elite Quds Force, Gen. Qassem Suleimani. In an interview with the regional editor of Tehran Foreign Policy Studies Quarterly, Abdollahian said he knew Suleimani “closely.” He praised Suleimani and called him a “commander of peace.” He believed Suleimani’s “role in strengthening peace and security in the region and in the world was very unique.” He was even photographed kissing Suleimani’s forehead. When the United States assassinated Suleimani in January 2020, Abdollahian issued the first public vow of retaliation by the irgc.

The Fars News Agency, the mouthpiece for the irgc, reported that Abdollahian declared he would “continue the path” of Suleimani.

During Abdollahian’s time as deputy foreign minister, Syria exploded into civil war, the Islamic State increased in power, and Yemen erupted into civil war. The irgc was deeply involved in each of these developments.

It isn’t only the irgc that favors Abdollahian; Iran’s supreme leader also favors him. According to the Middle East Institute, Abdollahian has at least 10 analytical pieces on Ayatollah Ali Khamenei’s own website. According to the institute, “this is unusual and noteworthy as the publication of even a single exclusive analysis on this website is viewed as a significant privilege for an Iranian official.”

Many in the West considered Javad Zarif to be a “moderate ally” they could work with. Abdollahian, on the other hand, is an anti-West hard-liner with ties to Iran’s most radical elements.

But who is actually calling the shots for Iran diplomatically?

In a leaked tape from April 2001, Zarif said it wasn’t him or even the president of Iran who made the decisions. When it came to negotiations or other foreign-policy matters, Ayatollah Khamenei and the irgc were at the helm. Zarif, frustrated by the irgc’s interference, said that he “sacrificed diplomacy for the battlefield.”

“In the Islamic Republic, the battlefield rules,” Zarif said.

Hossein Amir-Abdollahian’s confirmation to the office of foreign minister will change nothing. It will not change Iran’s radical Islamic foreign policy, nor will it change the outcome of the now failed and halted nuclear talks.

The significance of Abdollahian’s nomination is the message it sends to the West. It is the same message the ayatollah sent when Ebrahim Raisi, “the butcher of Tehran,” was made president. The ayatollah has a goal to export a radical Islamic agenda and move ahead with the nation’s nuclear ambitions.

Iran’s increasingly aggressive and pushy foreign policy was forecast by Watch Jerusalem editor in chief Gerald Flurry almost 30 years ago in 1992. How could he make such an accurate prediction? By using Bible prophecy. “And at the time of the end shall the king of the south push at him: and the king of the north shall come against him like a whirlwind, with chariots, and with horsemen, and with many ships; and he shall enter into the countries, and shall overflow and pass over” (Daniel 11:40). In his free booklet The King of the South, Mr. Flurry explains that radical Islam, led by Iran, is this “king of the south”; a united, German-led Europe is “the king of the north.”

This prophecy in Daniel tells you that Iran will push until a war erupts. “The blatantly bold and aggressive foreign policy of Iran must lead to war,” Mr. Flurry writes. “It will either conquer or be conquered.”

To understand this prophecy and discover its hope-filled conclusion, please read Mr. Flurry’s free booklet The King of South.