A small, inconspicuous artifact, for which there is more than meets the eye
By Christopher Eames • September 2 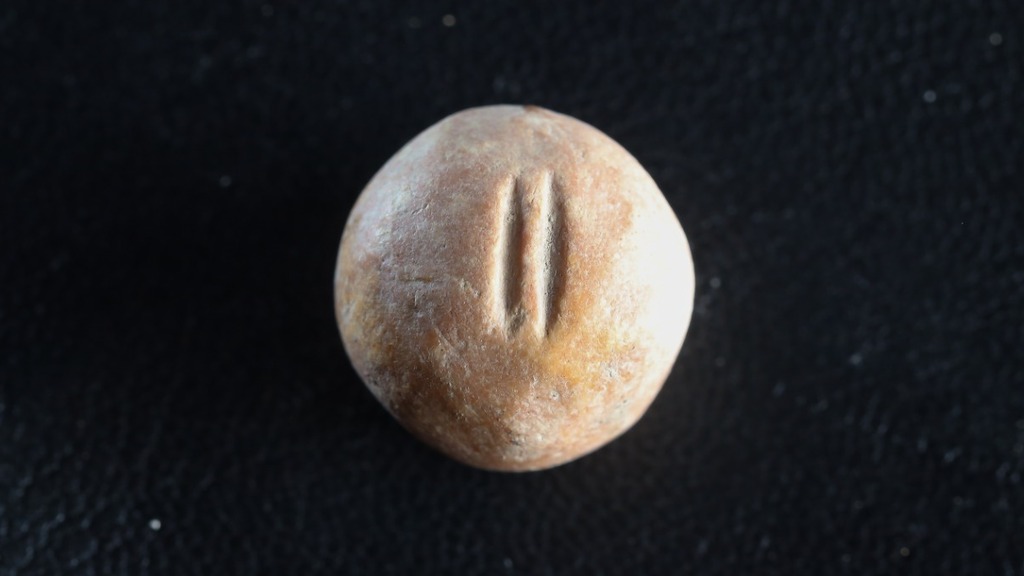 “A false balance is an abomination to the Lord; But a perfect weight is His delight” (Proverbs 11:1).

The Bible repeatedly affirms God’s hatred of unfair weights and measures in numerous scriptures. And for good reason—as was recently revealed in Jerusalem.

A small limestone weight was discovered while wet-sifting soil from excavations at the southern end of the Temple Mount’s Western Wall. It was dated to sometime prior to the fall of Jerusalem in the sixth century b.c.e., in the last part of the Judahite monarchy. The ball-shaped weight, measuring up to 14-mm in diameter, is inscribed with two notches interpreted as signifying a two gerah weight—an object weighing 0.9 grams. However, when the stone’s researchers (Eli Shukron and Haggai Cohen-Klonymus of Hebrew University) weighed the stone, it came out to 3.6 grams—nearly four times the expected weight.

According to Shukron, “The Bible indicates that the problem of weight deception was nothing new. Merchants cheated and held separate heavy- and light-weight systems and used them when buying or selling goods.” It appears that this heavy-biased weight would have been used to buy goods—as opposed to a lighter weight, which would have been used to sell. “Thou shalt not have in thy bag diverse weights, a great and a small,” commands Deuteronomy 25:13.

A matter of grams may not seem like much—but the lighter the unit, the less noticeable. Further, when combined with several weights, this could dramatically affect the price. Micah 6:11 describes using “a bag of deceitful weights”—and added to that, rigged scales.

Given the dating of the newly discovered weight, just before Jerusalem’s fall, it seems that this may not have been the case for its owner.

Editor’s note: Following the publication of the above discovery, the interpretation of the weight’s symbol has been challenged. According to Dr. Robert Deutsch: “The weight is in fact 8 gerah. One has to rotate the weight 90 degrees and read the two lines horizontally and not vertically, which is the value “8” in Hieratic script used on Hebrew weights from the First Temple Period.” Cohen-Klonymus and Shukron, for their part, address the 8 gerah option in their co-authored article, and believe it should be discounted, citing the slight differences typical to the 8 gerah symbol (generally featuring a hook at the end of the two lines, or another perpendicular connecting line in the center, as differentiation).

However, even if the symbol was intended to reflect an 8 gerah weight, this example would still represent an outlier compared to other 8 gerah weights (which are generally heavier). As such, Prof. David Hendin (who follows Deutsch’s interpretation) notes that in this context there is still “the possibility that the weight was used fraudulently in the marketplace.”

Another possibility is that the weight was originally designed to give the immediate impression of a 2 gerah weight—yet if the owner was challenged on the matter, he could conceivably explain it away as a mistaken 8 gerah, to which it was closer in weight.