An exclusive behind-the-scenes video of a fascinating archaeology discovery made by Dr. Eilat Mazar
By Brent Nagtegaal • September 4, 2013 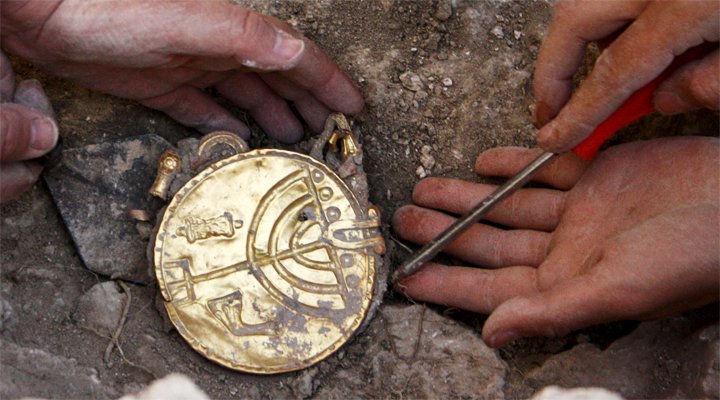 Just a few centimeters beneath modern debris, and there it was—a hoard of golden treasure.

Watch Jerusalem staff were on hand in Jerusalem to produce this exclusive video of the archaeology discovery.

In summer excavations conducted just a mere 55 yards from the Temple Mount, Hebrew University of Jerusalem archaeologist Dr. Eilat Mazar made a stunning discovery: two bundles of treasure containing 36 gold coins, gold and silver jewelry, and a gold medallion with the menorah symbol etched into it.

“This happens only once in a lifetime,” said Dr. Mazar.

Dr. Mazar directs excavations at the City of David and at the Temple Mount’s southern wall. The discovery was made five days into Mazar’s latest phase of the Ophel excavations, and can be dated to the late Byzantine period (early seventh century C.E.).

This exclusive video displays the ancient golden and silver treasure, and gives an intimate look into how the discovery was made and processed.