Gideon the Judge—Found in Southern Israel?

Scientists have discovered an inscription bearing the name of a biblical judge.
By Brent Nagtegaal 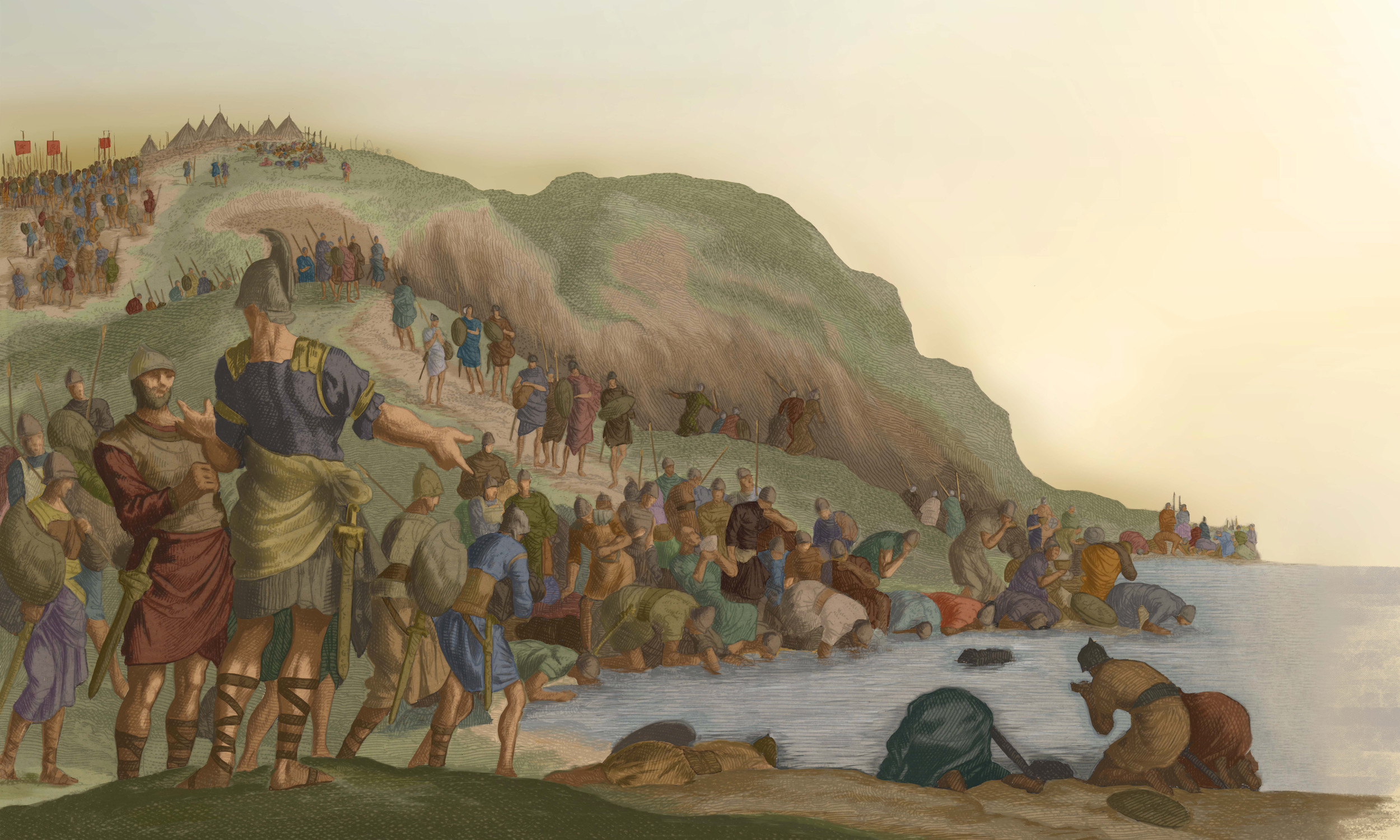 For the first time in history, archaeologists excavating in southern Israel have uncovered an inscription bearing the name of a biblical-​period judge.

The 3,100-year-old inked pottery inscription bears the name of Jerubbaal: This is the lesser-known name for Gideon, the famed judge of Israel who routed the Midianites with just 300 men (Judges 7:1). This battle, recorded in Judges 6-9, took place in the Valley of Jezreel by the Harod Spring, which is situated about 120 kilometers north of the findspot, Khirbet al-Ra’i.

According to Prof. Yosef Garfinkel and Saar Ganor, the significant distance between the scene of the biblical battle and the site where the pottery was found may suggest the clay vessel belonged to another Jerubbaal. Nevertheless, they do not discard the possibility that the inscription refers to the biblical judge. “In view of the geographical distance between the Shephelah and the Jezreel Valley, this inscription may refer to another Jerubbaal and not the Gideon of biblical tradition, although the possibility cannot be ruled out that the jug belonged to the judge Gideon.” explained Garfinkel and Ganor in a press release.

The Jerubbaal inscription was uncovered in the 2019 season at Khirbet al-Ra’i, an excavation site situated in the lowlands of Judea, just 4 kilometers west of Tel Lachish. Critically, the inscribed vessel was found in an archaeological context from the time period of the judges—the late 12th century b.c.e. “The name Jerubbaal only appears in the Bible in the period of the judges, yet now it has also been discovered in an archaeological context, in a stratum dating from this period,” the archaeologists noted.

The ink inscription was made on a small jug that held about one liter of liquid. Archaeologists believe the jug may have contained a precious liquid such as oil, perfume or medicine.

According to Prof. Christopher Rollston, epigraphy expert from George Washington University–Washington, D.C., the fact that the inscriptions bear the letters “yod (broken at the top), resh, bet, ayin, lamed, and remnants of other letters indicate[s] that the original inscription was longer.” Put together, these letters spell the ancient name Jerubbaal, the name given to Gideon by his father.

Prior to Gideon’s battle with the Midianites, the Bible describes a test God required of Gideon, one that resulted in him being called Jerubbaal. “And it came to pass the same night, that the Lord said unto him: ‘Take thy father’s bullock, and the second bullock of seven years old, and throw down the altar of Baal that thy father hath, and cut down the Asherah that is by it” (Judges 6:25). Gideon faithfully executed this task and destroyed the altar of Baal.

The next morning, the men of Shechem wanted to put Gideon to death. Gideon’s father, Joash, interceded for his son. He declared that if Baal is a god, then he should be strong enough to avenge his broken altar and put Gideon to death. “Therefore on that day he was called Jerubbaal, saying: ‘Let Baal contend against him, because he hath broken down his altar’” (verse 32).

Of course, Gideon did not suffer the “retribution” of Baal. In fact, Judges 7 shows that he went on to be a great leader and judge in Israel and delivered the nation from Midianite oppression. Gideon’s reputation in the nation was so prominent, the people wanted to make Gideon’s family into a kingly dynasty. Gideon refused to change God’s system of government, saying, “I will not rule over you, neither shall my son rule over you; the Lord shall rule over you” (Judges 8:23).

Nevertheless, Jerubbaal’s popularity in Israel shows his name and legacy stretched beyond the northern territory normally associated with Gideon. Is it really that difficult to imagine this prominent judge traveling around Israel, including to the lowlands of Judah, where the Jerubbaal inscription was recently discovered? Or given the necessary geographical spread of his large family, which included 70 sons (Judges 8:30)?

The excavations at Khirbet al-Ra’i are ongoing and being performed under the direction of Prof. Yosef Garfinkel, Saar Ganor, Dr. Kyle Keimer and Dr. Gil Davies. The excavations are being conducted on behalf of the Institute of Archaeology at the Hebrew University of Jerusalem, the Israel Antiquities Authority, and Macquarie University in Sydney, Australia.

Garfinkel and Ganor summarized the significance of the discovery: “There is considerable debate as to whether biblical tradition reflects reality and whether it is faithful to historical memories from the days of the Judges and the days of David. The name Jerubbaal only appears in the Bible in the period of the judges, yet now it has also been discovered in an archaeological context, in a stratum dating from this period. In a similar manner, the name Ishbaal, which is only mentioned in the Bible during the monarchy of King David, has been found in strata dated to that period at the site of Khirbat Qeiyafa. The fact that identical names are mentioned in the Bible and also found in inscriptions recovered from archaeological excavations shows that memories were preserved and passed down through the generations.”

And when it comes to this name, its discovery is without precedent. As Professor Garfinkel told Watch Jerusalem, this Jerubbaal inscription is the “only inscription that has been discovered from the time of the judges, and it also just happens to have the name of a judge on it. This is unbelievable.”

Get Our Magazine Request your free subscription
to Watch Jerusalem magazine
Subscribe
Offers
The Former Prophets: How to Become a King
Request Now