A 2,700-year-old toilet discovered in a mansion on the outskirts of the capital
By Christopher Eames • October 4, 2021 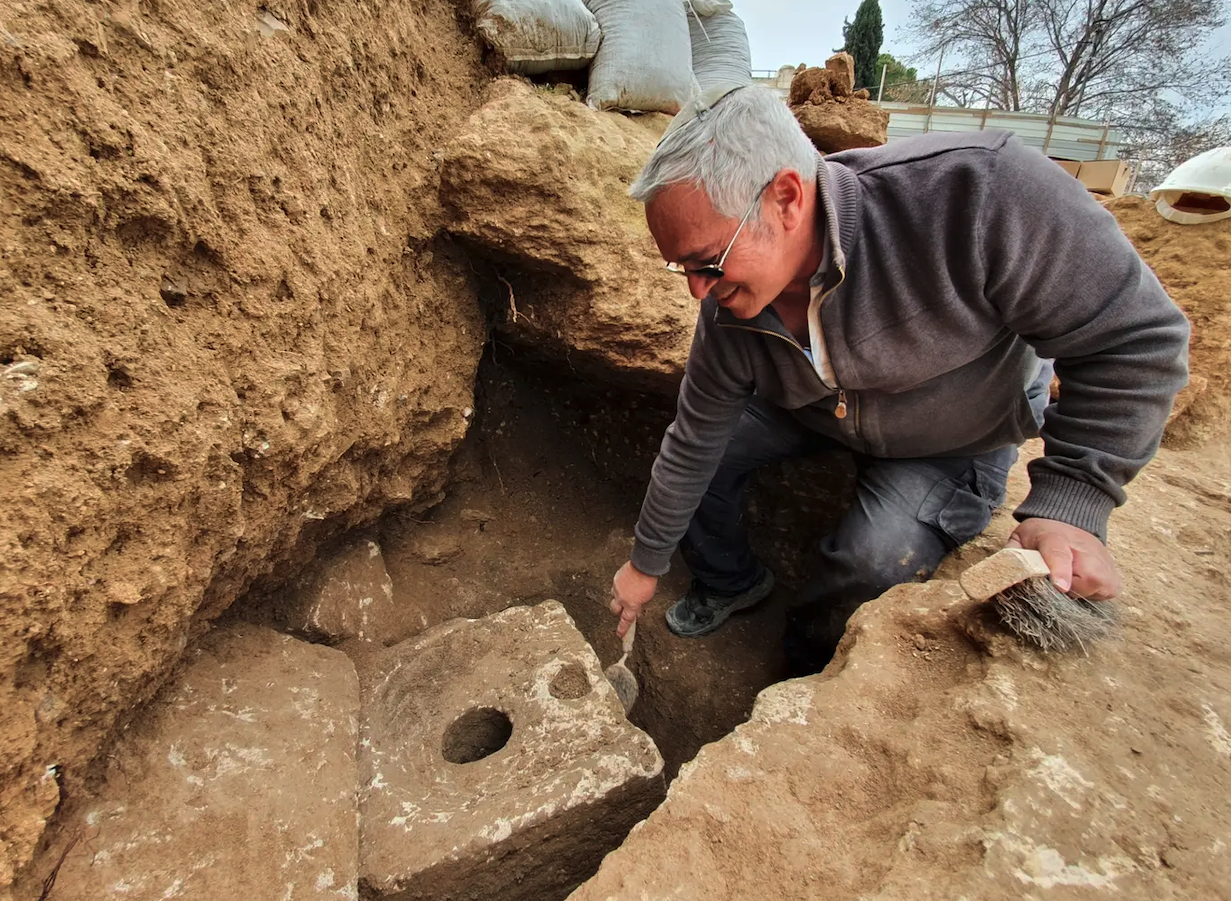 A private toilet cubicle was discovered during recent excavations at Armon HaNatziv, a promenade area overlooking the City of David from the south. The so-called “Commissioner’s Palace” area was already known to contain a luxurious mansion dating to the time of King Hezekiah and Manasseh (end of the eighth-seventh century b.c.e.). Now, the mansion’s private commode has been discovered.

Ancient stone toilets are a rare discovery and a sign of wealth. According to excavation director Yaakov Billig, “only a few were found to date, most of them in the City of David …. [O]nly the rich could afford toilets.” Famous examples include a toilet cubicle located halfway down the Stepped Stone Structure in the City of David, and another Hezekiah-period toilet at Lachish that was apparently placed deliberately to “defile” a pagan room of worship (see 2 Kings 18:3-4; 10:27).

The Armon HaNatziv toilet, made of carved limestone, was found within a rectangular-shaped cubicle, approximately 2 meters by 1.5 meters, underneath which was a septic tank. The tank was excavated (which will contain valuable information for determining diet and diseases in biblical Judah); it also contained discarded animal bones and pottery. Strangely, 30-40 bowls were found within the cubicle—items the excavators theorize may have held some type of air freshener/aromatic oils.

Just outside the toilet cubicle, an ornamental garden was discovered as part of the mansion grounds, containing remains of fruit trees and aquatic plants. Together with these new discoveries, other items that had already been revealed last year at the site include the best-preserved pillar capitals ever discovered in Israel, and the first-discovered matching miniature window balustrades (as shown in the video below).

The rich property of Armon HaNatziv (as well as other recently discovered, similarly-dating sites on the outskirts of Jerusalem) fits well with the biblical description of a reviving capital just following Sennacherib’s failed siege at the end of the eighth century b.c.e. The Bible describes Jerusalem and Judah springing back to life and expanding with great wealth at this time, following Hezekiah’s repentance and turning to God for deliverance: “And Hezekiah had exceeding much riches and honour; and he provided him treasuries for silver, and for gold, and for precious stones, and for spices, and for shields, and for all manner of goodly vessels; store-houses also for the increase of corn, and wine, and oil; and stalls for all manner of beasts, and flocks in folds. Moreover he provided him cities, and possessions of flocks and herds in abundance; for God had given him very much substance” (2 Chronicles 32:27-29).

While it might not seem like such a big deal today, with our modern conveniences, a lavish lavatory (together with the wider Armon HaNatziv mansion) certainly is another discovery that points to this post-invasion revival of Judahite prosperity. Eli Eskosido, Israel Antiquities Authority director, stated of the discovery: “Jerusalem never ceases to amaze. One can only imagine the breathtaking view.”