After Afghanistan and AUKUS—Watch Europe! 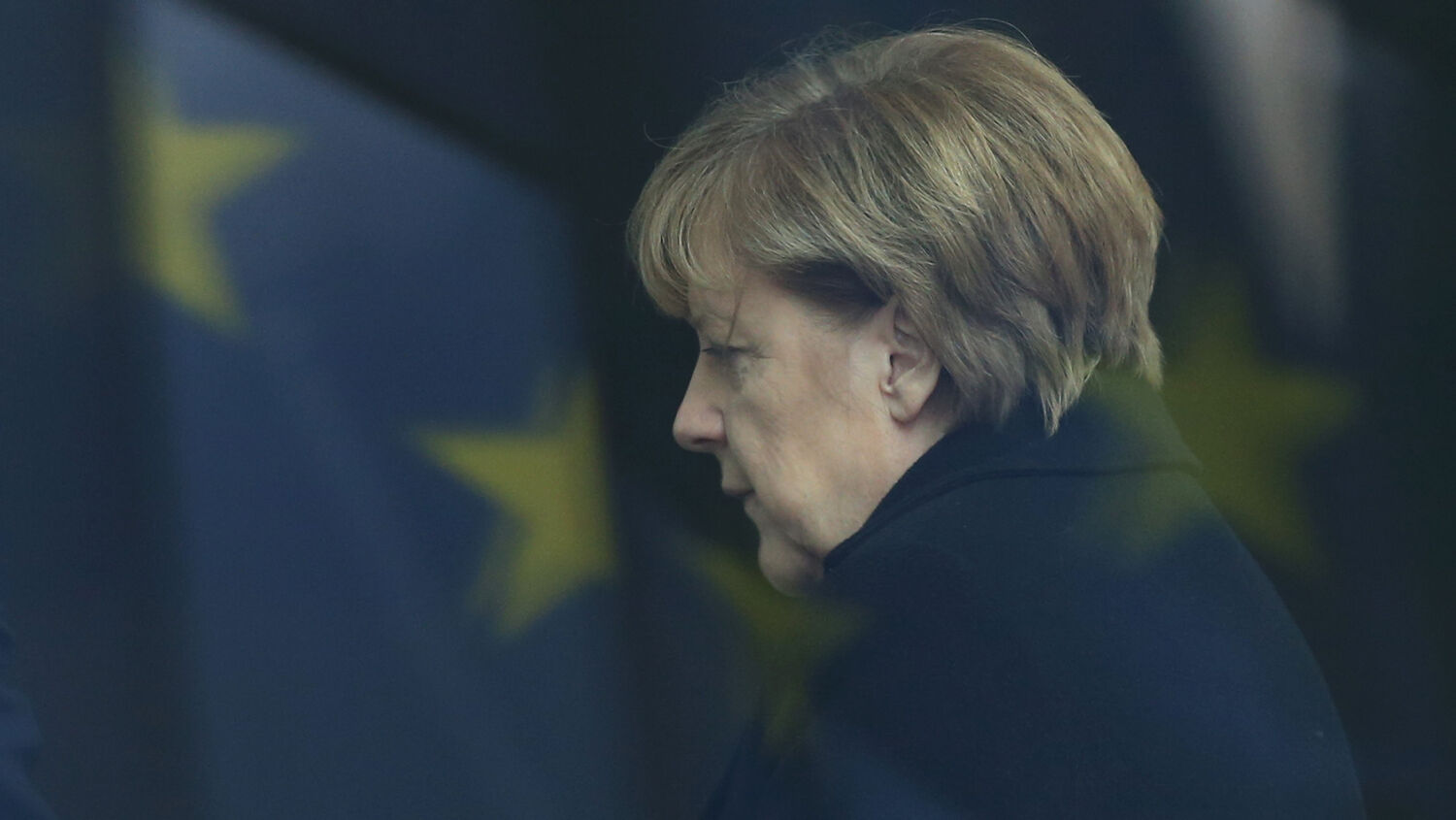 German Chancellor Angela Merkel is seen through a window and the reflection of a flag of the European Union.
SEAN GALLUP/GETTY IMAGES

Recently the Biden administration made a deal strengthening the military alliance between America, the United Kingdom and Australia (aukus). The move was particularly provocative to China. Some said it intensified a cold war that is developing between these nations and China.

Where does this leave Europe? John Allen, Jr., wrote for Crux that “Europe’s future is up for grabs”! In his article Allen wrote that with this unfolding cold war, Europe is finding itself “either relegated to the sidelines or finding a new role for itself.”

This article was written before Germany’s national elections last week. Now Angela Merkel, the most respected leader in Europe, is out of office, and it could be some time before Germany, the strongest nation in Europe, has a new government.

Europe truly is up for grabs!

“Across Europe today, many strategists and analysts are talking about the need to construct a common European defense strategy, since it’s now on the outside looking in on the new Great Game of the 21st century between China and aukus,” wrote Allen. European leaders are talking about positioning Europe “as a legitimate ‘third way’ between the poles of the new Cold War.” The Anglo-Saxon “way” will be fading from the scene quickly if we don’t learn some lessons! And Europeans don’t even consider themselves part of the Anglo-Saxon alliance anymore.

European leaders were shocked by America’s retreat from Afghanistan. The United States exposed its willingness to abandon our friends and allies. It proved, in fact, that we will not even help our own people! We snuck our military out and left at least hundreds of Americans behind. That is not how a superpower operates! As I wrote in my recent article, that was designed, on purpose, to be a debacle.

After witnessing what America did, European leaders know they cannot rely on the U.S. as an ally.

Europe is in a precarious state right now, and is on the cusp of radical change. We must understand how the Afghanistan debacle is hastening that change—and will help to catalyze the formation of this biblically prophesied empire!

Earthshaking events are happening in such rapid succession, it is difficult to keep up. America’s evacuation from Afghanistan seems like eons ago, with all that has occurred in the weeks since. But we are beginning to see how that withdrawal, and the collapse of American leadership it represented, is changing the world.

That disaster fulfilled Bible prophecy, and drove several other prophecies forward toward their consummation. God wants you to understand exactly what is happening and what it means for you personally.

Jeremiah 1 is a prophecy for our day right now, and in verse 12, God says that He is hastening the fulfillment of Bible prophecy. Events show that we are at the very end of the age of man.

In verses 13-15, God gives an urgent warning. The prophet receives a vision of a boiling pot, and God explains, “Out of the north an evil shall break forth upon all the inhabitants of the land.” This prophecy is about events in Europe today—geographically to the north of “all the cities of Judah” in the Middle East.

It is actually describing an event foretold in dozens of other biblical prophecies: the rise of a terrifying European empire—a modern-day resurrection of the ancient Holy Roman Empire. It is a boiling pot that will bring nuclear warfare and destruction! But God is sending this warning because He wants to give mankind every opportunity to avoid that.

The Bible prophesies that 10 kings will arise within Europe and combine to form a single formidable empire—the Holy Roman Empire (request a free copy of The Holy Roman Empire in Prophecy). I believe the Afghanistan debacle will help that alliance of 10 kings to coalesce. We don’t know exactly how this will unfold, but one thing is sure: Bible prophecy is rapidly unfolding! There is a seething pot, and it is about to boil over on the modern-day descendants of ancient Israel—including America, Britain and the Jewish state—if they will not wake up.

Europe is up for grabs. It is effectively leaderless right now. It is, actually, perfectly positioned for a strongman to come in.

During the U.S. elections in 2008 and 2012, it seemed like the elections were up for grabs. What was the result? A man came to power who did terrible destruction to the nation. As I have explained, an end-time type of Antiochus came along who wants to “blot out the name of Israel from under heaven”!

Bible prophecy warns that another political Antiochus is about to rise in Europe. As Herbert W. Armstrong warned for over 70 years, a strongman will come in and hijack Europe!

Europe is boiling now; the pot is about to boil over! Governments of men are doing everything imaginable to control this world. They think they know how to solve the problems and plagues that increasingly besiege us. But they are about to destroy human life—and would do so if the Messiah didn’t intervene (Isaiah 24:1-6).

But even in that there is hope. God is watching over these events personally. “Attend to what you see, for I am watchful over my promises to perform them” (Jeremiah 1:12; Ferrar Fenton). God watches over His promises in detail. He is personally involved in what is happening right now.

A boiling pot is rising—a fearsome European empire is about to appear. But prophecy shows that God is in control: He will use that empire for His purpose—to punish the modern nations of Israel and get people to turn from their lawless ways back to Him! It also shows us that China, Russia, Iran, Europe—none of these powers are ultimately going to rule the world. It will be Messiah Himself who ultimately prevails.

God gives us prophecy so we can understand what is happening in the nations of Israel today, and we can see God’s hand in it. What will it take for the world to listen to God? We have been delivering a warning message for over 75 years, but sadly, they don’t seek God. Some of them act like they want to obey God, but their deeds prove otherwise.

God is controlling world events. He makes what is happening plain for us. And He makes it clear He will take care of us if we just do as He says.