Does Kamala Harris Believe Israel Is Guilty of ‘Ethnic Genocide’?

What is the Biden administration’s true stance on Israel?
By Jude Flurry • October 9 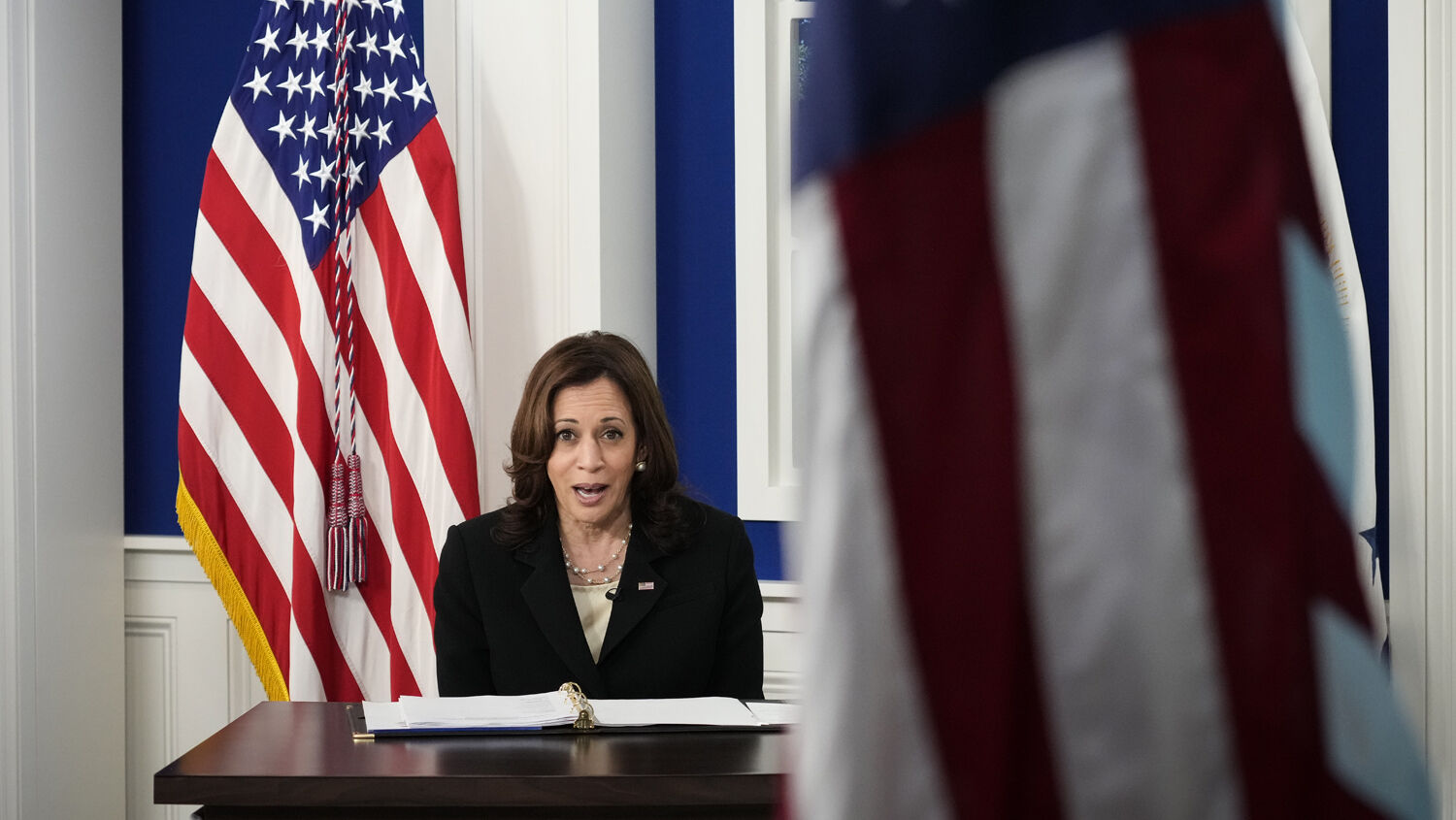 During a September 29 question and answer session at George Mason University, United States Vice President Kamala Harris told a student accusing Israel of ethnic genocide that “your truth … must be heard.”

“You brought up how the power of the people and demonstration and organizing is very valuable in America,” the student said, “but I see that over the summer there have been protests and demonstrations in astronomical numbers standing with Palestine. But then just a few days ago, there were funds allocated to continue backing Israel, which hurts my heart because it’s ethnic genocide and displacement of people—the same that happened in America—and I’m sure you’re aware of this.”

The student then implied that the funds sent to Israel should instead be used to expand American social programs. Harris responded with “your truth cannot be suppressed, and it must be heard” and went on to say:

A democracy is its strongest when everyone participates. It is its weakest when anyone is left out. That’s not only about being physically present, but that your voice is present. … Our goal should be unity, but not uniformity. … Unity should never be at the expense of telling any one person, for the sake of unity, Oh, you be quiet about that thing. You suppress that thing. Let’s not deal with that thing. That’s not unity. True unity is everyone in that room has a voice. … The point that you are making about policy that relates to Middle East policy, foreign policy—we still have healthy debates in our country about what is the right path, and nobody’s voice should be suppressed on that.

Harris’s remarks also upset many Americans—including some within the Democratic party. As a result, Harris’s staff has been hard at work trying to reaffirm her support for Israel. “We were pleased Vice President Harris’s senior staff reached out to us today to confirm what we already knew: Her ‘commitment to Israel’s security is unwavering,’” reported Mark Mellman, president of the Democratic Majority for Israel, in a statement released on September 30. According to Mellman, Harris’s staff also said that she “strongly disagrees with the George Mason student’s characterization of Israel.”

Yet in her own words, Harris was “glad” to hear such views espoused out of pure love for free speech and democracy. If she really believes, however, that democracy “is at its weakest when anyone is left out,” then January 6, 2021, the day U.S. President Donald Trump was banned from Twitter, would have been a great opportunity to speak up for free speech. She did no such thing at that time.

The truth is, Joe Biden, Harris, and the radical left at large have consistently bullied, censored and ridiculed those with opposing views. Censorship has even included scrubbing thousands of dislikes from the official White House YouTube channel. In the moral code of the modern leftist, trampling free speech is acceptable, even desirable, if it is done to achieve their goal. This line of thinking is so pervasive that one might call it a law of the left.

It’s incredibly obvious that radical leftists don’t treat people they “strongly disagree with” the way Harris treated the George Mason student. In fact, she probably sympathizes with the radical George Mason student more than her staff would like to admit—a sympathy that is most likely shared by the rest of the Biden administration.

Watch Jerusalem has repeatedly drawn attention to who is really in charge in the White House: Barack Obama. Watch Jerusalem editor in chief Gerald Flurry wrote a detailed analysis of this subject in “Barack Obama in Bible Prophecy” During his eight-year term, Obama’s hatred of Israel was an open secret. U.S. Sen. Marco Rubio called him “the most anti-Israel U.S. president in history.”

However, like Harris’s staff, President Obama worked hard to make us believe he was pro-Israel. He said many positive things about the Jewish state, but his actions told a different story. Gerald Flurry wrote in 2016 in “What Inspires President Obama’s Relationship with Israel?”: “If you focus only on the words, how could you doubt that he loves the Jews and wants peace in the Middle East? But what do words mean without deeds to reinforce them? And his deeds are the opposite of those words.”

While it is true that America’s recent withdrawal from Afghanistan has ominous potential for Israel, the Biden administration has thus far intervened little in the Israeli-Palestinian conflict itself. Consequently, it is somewhat difficult to judge the administration’s Israel-Palestine position by deeds alone. However, given that Barack Obama is in charge and Kamala Harris likely sympathizes with pro-Palestinian radicals like the George Mason student, it isn’t hard to make a few inferences.

So far, things look bleak for the state of Israel. Thankfully, however, Israel’s woes are only temporary. To learn more about the hope-filled endgame for this chronically troubled nation, request a free copy of Jerusalem in Prophecy, by Gerald Flurry.